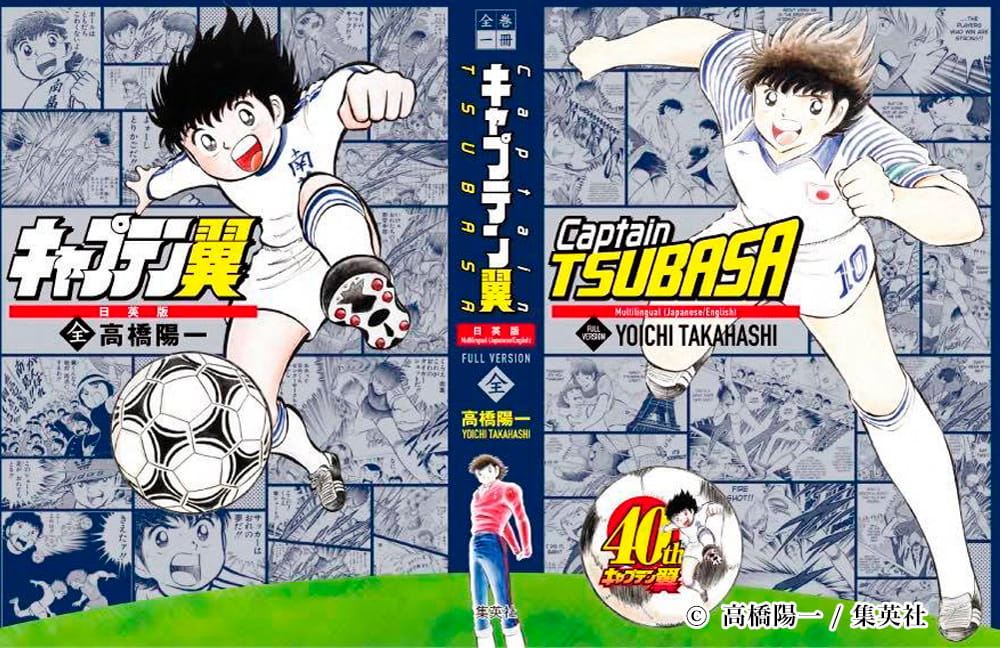 Ever since debuting in Shueisha’s Weekly Shonen Jump in 1981, Youichi Takahashi’s Captain Tsubasa has occupied a near-constant place in Japanese pop culture. Between the countless manga spinoffs, video games, and anime adaptations – including one by David Production in 2018 – it has never left popular consciousness, being constantly discovered and rediscovered by new generations of fans. Even so, English-speaking fans have always been deprived of the opportunity to read this seminal work – until now. Captain Tsubasa is getting an English release, but not in the way that you might think.

According to the latest issue no. 35 of Weekly Shonen Jump, Captain Tsubasa is getting a bilingual release in both English and Japanese courtesy of Progress Technologies, who are producing the new edition as part of the series’ upcoming 40th anniversary. The kicker is, however, that it will be available exclusively via one of the company’s “eOneBook” devices, a type of smart reader that collects all volumes of a specific manga in a collectible format.

Progress Technologies already produced such bilingual releases for Fist of the North Star and Naruto with the help of Kickstarter, but it does not appear that the company intends to use crowdfunding for its Captain Tsubasa release this time around. The question is, then, how English-speaking fans will get their hands on the Captain Tsubasa English release – as of the time being, the device is only available through such storefronts as Tsutaya.

To be honest, these past couple of weeks have been a strange one for retro Jump releases. One might have been forgiven for thinking that Shueisha may want to release its own back catalog through its own services, such as VIZ Media’s Shonen Jump and Manga Plus, but it has been quite happy to give away these licenses as of late. The strange case of the Captain Tsubasa English release – the first time it has ever been made available in English, it should be noted – therefore only fits in right alongside such announcements as Manga Planet gaining the licenses for Nagareboshi Gin and Sakigake!! Otokujuku.