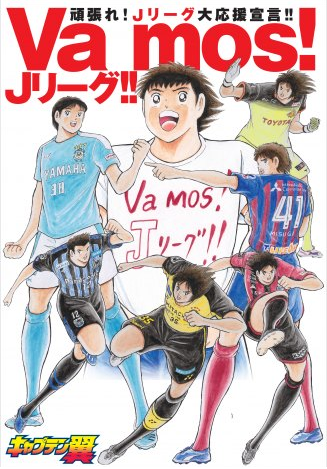 Coronavirus has put a cramp on sporting events all over Japan. Following the cancellation of the Tokyo 2020 Olympics, many other organizations suspended their seasons in an effort to combat the sickness. However, the world of Japanese sports has since started getting back on its feet. The Nippon Professional Baseball league resumed their season back in the middle of June, and allowed spectators back into stadiums just a few weeks later, albeit at limited capacity. The J-League, which postponed their season just a day after the Olympics announced their cancellation, has come back to resume their season too.

To celebrate the reopening of the J-League’s season, famed Captain Tsubasa manga author and die-hard sports enthusiast Yoichi Takahashi has published an illustration of Tsubasa Oozora and his teammates adorned in different J-League uniforms. The illustration was featured on the front cover of the third volume of the Captain Tsubasa Magazine, which was released just this Tuesday. 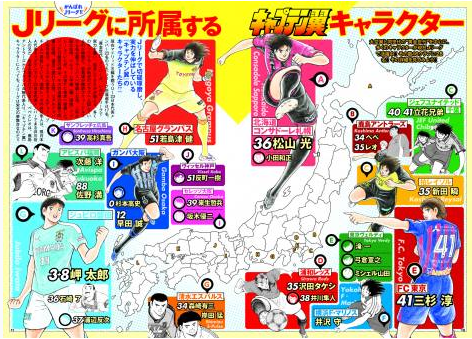 Despite his excitement, Takahashi clearly saw this reopening as a mixed blessing. He noted that the many changes in the season, namely the limited attendances, the arduous schedule, and lack of previously-proposed VARs would make the games more difficult to watch. He then concluded his statement by offering hope that Coronavirus will disappear in the near future, and that things will go back to normal.

Takahashi has been very adamant about his love for J-League soccer throughout the years. He drew a welcoming photo for Spanish soccer player Fernando Torres after he joined the Sagan Tosu section of the J-League for the 2018/2019 season. He also collaborated with the organization back in 2014 for the J-League x Captain Tsubasa Dream Shoot, which had J-League players recreate shots from the manga.

Captain Tsubasa has had a huge impact on Japanese football, inspiring many youths to take it up professionally. In these grim times, Takashi’s illustration will hopefully prove to be encouraging to the soccer players who fondly remember reading Captain Tsubasa growing up.