Captain Tsubasa is one of those titles that has been making the rounds as of late especially with the recent release of Captain Tsubasa: Rise of New Champions for PS4, Switch, and PC. Developer Miraire, Inc announced that Tsubasa+, an AR mobile soccer game will be hitting iOS and Android devices later this year. The game was initially announced last June and essentially went radio silent minus for a couple of reminders that it’s still happening here and there. 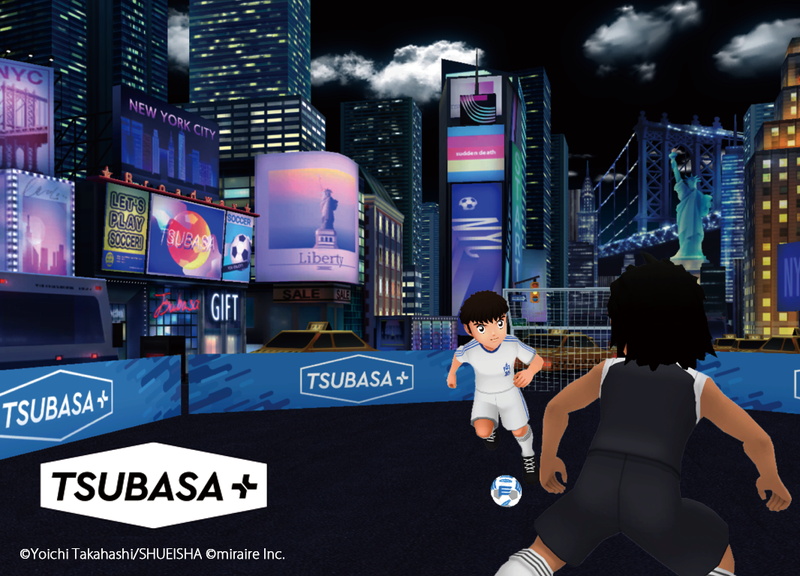 Deveoper Miraire, Inc has posted the following synopsis about the game:

Heroes beyond our expectation bring great excitement to millions of spectators by their super performance.

Those days just kicking the ball and dreaming about being a hero one day.

A superhero TSUBASA was their model, their goal, and all of their aspirations.

TSUBASA, KOJIRO, and GENZO from Captain Tsubasa’s team are waiting for your challenge in every corner of the world.

With TSUBASA+, you can turn your familiar city into a full mood of football and stadiums appear everywhere in your city.

In the stadium in front of your house, you can be friends with all the football heroes from active star players to legendary players, as well as TSUBASA, KOJIRO, and GENZO.

You can also build up a team with fellow heroes, strengthen the team, and let your team compete with TSUBASA+ users all around the world.

Stop by a stadium, get the heros as your team member, create the strongest team with them, show your special techniques on the greatest stage, and become the greatest hero in the world!

Today, the developer has announced that none other than OTAQUEST director and co-founder, m-flo’s ☆Taku Takahashi will be in charge of music for the upcoming Captain Tsubasa game. This for sure is going to add to the exhilarating excitement that comes with Captain Tsubasa. There certainly will be tracks that get your blood pumping and make you want to stay hot in the action of the game, endlessly.

We can’t wait to hear the tracks that ☆Taku Takahashi puts together for the upcoming Captain Tsubasa game as they’re sure to be pure fire.