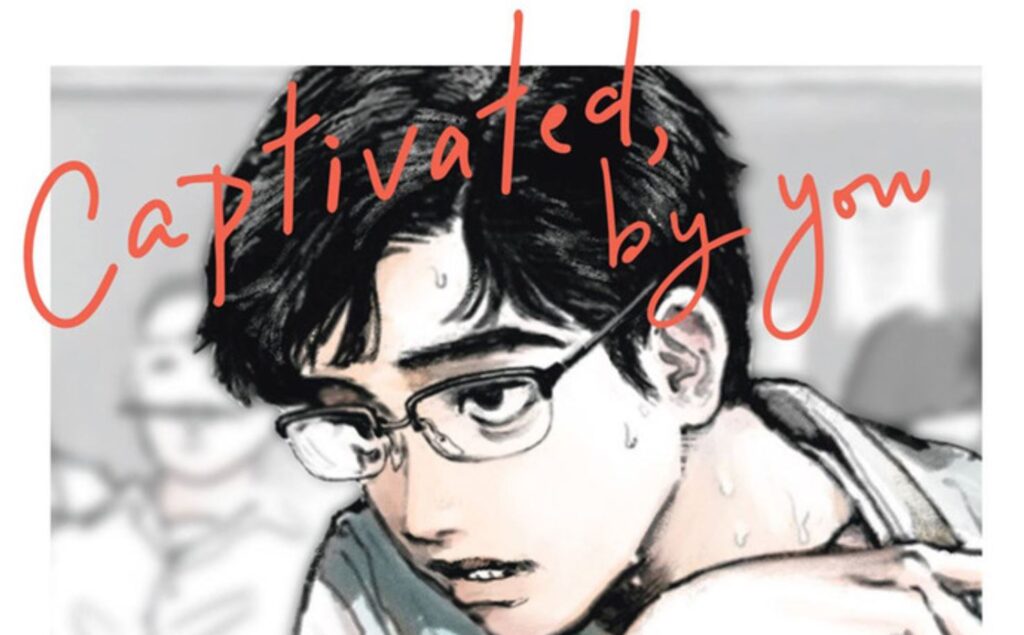 When Yama Wayama’s successful self-published trade-paperback Captivated, by You brought the still-young artist’s groundbreaking work to a new level of visibility, you couldn’t go anywhere in Tokyo without seeing the clenched teeth and nervous sweat adorning the face pictured above. Every train station bookstore laid out stacks of copies and hung up so many promotional posters showcasing Wamaya’s instantly identifiable cover that the nervous pensive gaze likely peered its way into the dreams of many in 2019.

Word of mouth spread about the BL-adjacent comic, increasingly so after winning a coveted Osamu Tezuka cultural prize. Roughly two years later and English speakings audiences can finally get their hands on Yama Wayama’s break-out hit, in an extra nice hardcover edition courtesy of Yen Press that we can confirm is worth the premium price.

Wayama’s Captivated, by You actually collects two short series from the artist, who had originally unveiled them to the world as dojinshi and on Pixiv. Weirdly, that boy on the cover comes from the second half of the trade, the titular ‘Nikaido’ from ‘Ushiro No Nikaido’ which could roughly translate to ‘The Nikaido Behind Me’. Typically reserved and in a constant state of anxiety, this sweaty boy gets noticed by one of his cruder and more conversationally direct classmates, opening him up a bit along the way. Captivated, by You centers around a different boy named Hayashi, always smiling, delighting each and every person he meets as he romps about his school building.

Both of the stories found in the pages of Captivated, by You tinker and toil away, crafting picture-perfect snapshots of two quirky adolescents whose presence in the room makes everybody else’s day just a little bit more magical. Yama Wayama begins to perfect her craft by capturing the subtle charms only found in those still exuding youthful spirit, especially in the chapters centering around Hayashi. Whether he’s running around residential neighborhoods in a panda costume or allowing himself to get tussled into a volley boy net on sports day, everything he does he does with natural charisma. Artistically, Wayama achieves this by employing a semi-realistic art style whose many fine details carefully sculpt out an idealistic, carefree world.

You may have noticed we’ve given Captivated, by You an 8 on the old trusty 1 to 10 scale. That 8’s an average though, not an overall; We’d call ‘Ushiro no Nikaido’ a rough 7 as it clearly hints towards Yama Wayama’s potential to celebrate the little eccentric details that set us apart, but that effect’s wholly more apparent in the short manga the book’s named for, which we’d call a 9 on their own.

Truly though, it’s a must-read for anyone that cares about manga deeper than just entertainment; Jacob’s called Wayama an artist to look out for and we’ve been trying to highlight her genius for a while. Discover for yourself why she’ll be a defining artist of the next ten years.

Captivated, by You hits shelves 27 July.