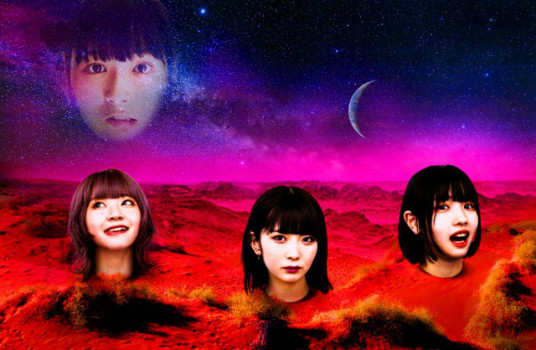 Between the disbandment and relaunch of BiS among other things, the massive wave of success WACK is currently riding hasn’t left them afraid to mix things up. Considering this, the launch of a new group comprised of former BiS, EMPiRE members and more in the form of the oddly-named CARRY LOOSE, with the group set to debut next month under the T-Palette Records music label many of the WACK groups have started under prior to a major debut, maybe shouldn’t be too much of a surprise.

Although the group was formally announced back in May of this year, it was only last week where we begin to hear initial details regarding the form such a group would take and how they would debut. While we already knew that former BiS 2nd generation member Pan Lunaleafy, as well as YUiNA EMPIRE, would form part of the group’s initial lineup, while it was announced last month that Uruu Ru from WAgg would be joining following her graduation from that group, a fourth, new member was announced named Yumeka Naukana?. This will be the complete lineup of the group when it fully debuts.

That debut is just around the corner, too, as Carry Loose will become the newest WACK group when they release their self-titled debut album next month. As for what we should expect from the album, however, that mostly remains a complete mystery. While we know what to expect from some of the group’s members anyhow, their collective sound is unknown, although we do know that T.S.I. from the music creator team SCRAMBLES, who has been involved with a variety of WACK groups in the past, will produce the album, while lyrics for the songs featured on the album will be written by the members themselves.

With WACK’s seemingly-unstoppable ascent within the idol and wider music industry and their constraint stream of engaging and interesting groups, I personally can’t wait to learn more about this group. You can find more information over on the group’s official website.