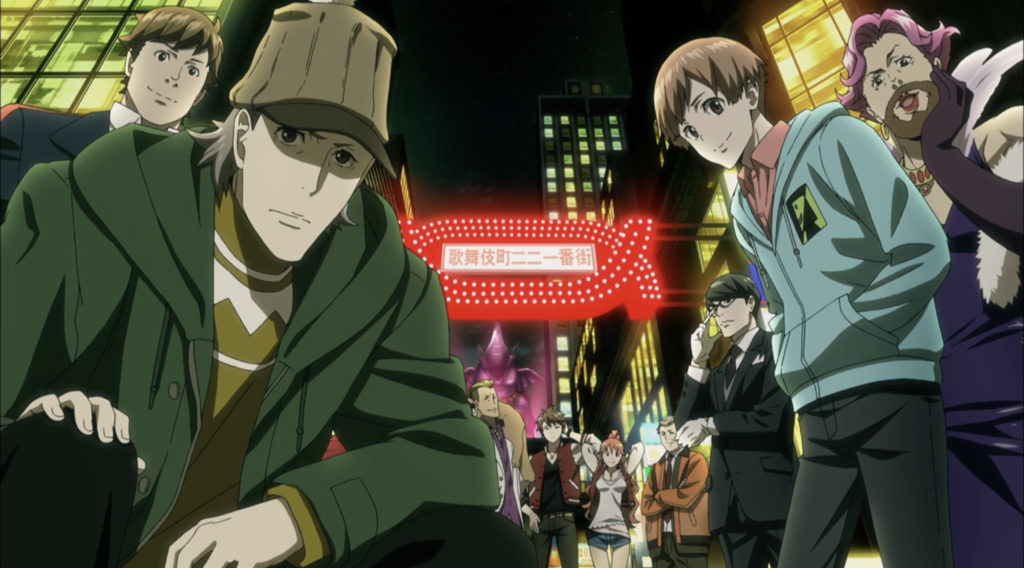 Where do I begin discussing Case File nº221: Kabukicho?

This decade has been a watershed for transgender representation in anime. The frequency, as well as the quality and care taken in retelling stories about trans people within the medium, has been a major positive about anime during the 2010s. The decade began with an adaptation of the then-long-running and since-concluded manga Wandering Son and has ended this season with stories like Stars Align, which features a gender-questioning youth within its narrative and deftly explores gender identity. Alongside that, anime featuring incidental transgender characters have become more common, with trans characters a part of some of the most popular recent anime such as Zombie Land Saga and My Hero Academia.

I don’t want to pretend things have been perfect, but there’s been a massive improvement in the way transgender characters are represented and seen within anime, especially compared to the mysterious and distant portrayals or the outright mockery that would categorize their appearances in years gone by, with few exceptions. It’s a massive improvement, and when looking in particular at the stories told in just the last few years in this regard, it leaves me hopeful as we enter a new decade.

I say this because it makes me glad that the portrayal of trans people found within Case File nº221: Kabukicho is an exception to some of the excellent pieces of LGBT representation that we have seen within anime these last few years, not the rule. It doesn’t, however, make the demonization of transgender people as mentally ill in the ways seen here any less damaging. 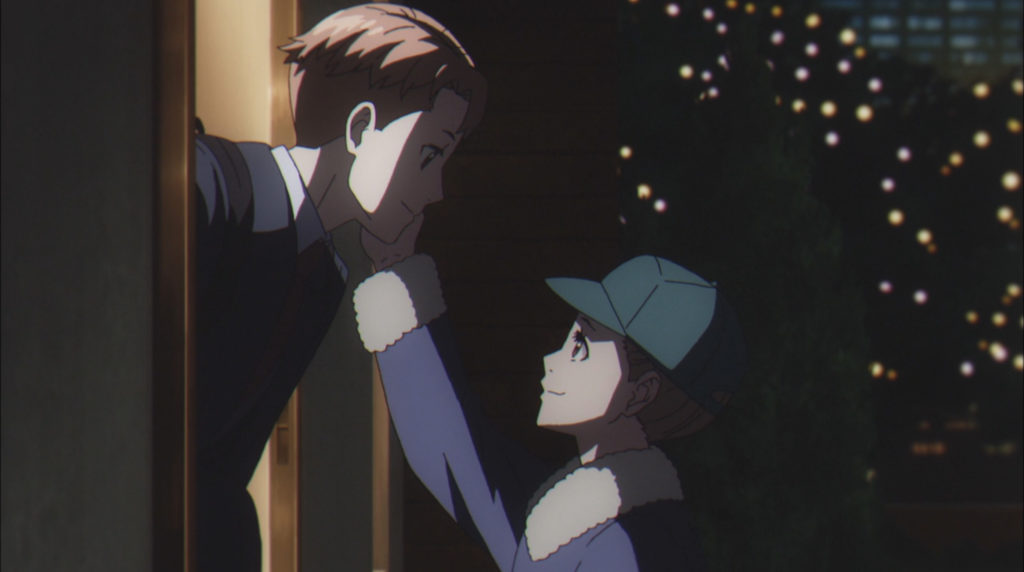 Suspicion has dominated my approach to Case File nº221: Kabukicho since its opening episode. Reinterpreting the classic story of Sherlock Holmes within Kabukicho seemed like a perfect fit, the shady nightlife of the city a modern reference point to the chaotic nature of 1890s London as well as many of the themes those stories told. I was drawn to this anime prior to the show’s premiere for these reasons, yet the anime has left me on edge ever since its premiere because of the way the show handled its new setting. Kabukicho is known for its seedy nightlife, Tokyo’s red-light district home to a vast quantity of love hotels and hostess bars found elsewhere but not in the density as can be found here. Crime can find a natural home in a place such as this, something a master detective like Sherlock Holmes should have no problems with solving.

These bars, however, are as much a place of community as they are of crime. These bars gave Japan’s queer community a place to live and be and survive while expressing themselves in a way that otherwise leaves them shunned by other areas of society. Although circumstances are improving, it’s perhaps no surprise that Kabukicho and its bars remained a positive space for LGBT sex workers and people.

Which brings us to this week’s episode, the conclusion of the Jack the Ripper case as the true culprit is finally revealed.

Jack the Ripper’s motive and identity within Case File nº221: Kabukicho has become intertwined with ideas of deceit and betrayal. We learn this week that the identity of the killer is Maki, one of the transgender hostesses of Bar Pipecat. Their name has barely been mentioned when discussing this anime primarily because their role has mostly been on the periphery, and their recent deeper involvement within the anime has mostly come through what could previously a positive romantic storyline involving them and one of the detectives. 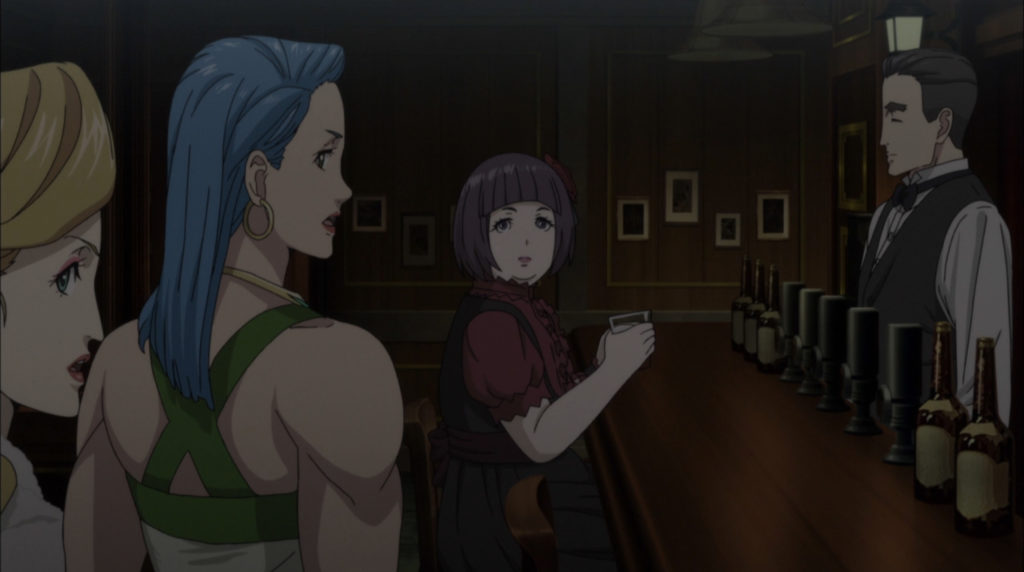 Maki’s reveal as the murderer comes from nowhere, and the explanation, confession, and aftermath see the show fall back on many of the most destructive and offensive tropes when it comes to representation of trans people within media. For many years, those against transgender equality have portrayed transgender people within media as mentally ill and disturbed, their attempts to live a life true to themselves being seen as somehow wrong and perverse. These ideas are the ones Case File nº221: Kabukicho tries to eschew onto its audience, not only to my own personal disappointment but in a way that feels out-of-place within the anime’s wider structure up until this point,

The confession is made to be as direct and offensive as possible. One issue I’ve held since the beginning is the choice to have the transgender hostesses such as Maki voiced by male actors, because of the insinuation it has that trans women ‘aren’t really women’. This is exploited through the confession made, as the sweet and innocent tone gives away to a much angrier, manlier tone while taking their pent-up anger at being caught out on Sherlock and Watson while admitting to their crime.

Sherlock, meanwhile, has never been cruel in the way he is here. He calls Maki ugly, inside and out, for the crime and for cutting away the genitals of the victims they murdered. To quote him, he attacks Maki as ‘just a person with a small penis’, taking out their anger on their body on others. He goes a step further, too, asking why they even bothered to keep their penis instead of having it removed, in the most abrasive and rude way possible.

There’s an argument that he was deliberately being antagonistic in order to raise a confession, but there is no need to act like this, especially when it is so out of character for Sherlock and indeed the entire show to be so explicit and dehumanizing with the dialogue. By asking questions such as these, they reduce Maki to being someone less than human. The dialogue tries to link their gender identity to the murder and dramatizes the idea with the knowledge she would eat the wombs of their female victims. It also seeks to villainize Maki much more than any other criminal in the show and also frames the character in a way to make you more inclined to hate them. This also steps beyond where the show has placed itself as Maki will gleefully explain the sexual pleasure from murder while rubbing their crotch and breasts, as though willing you to put your hand through the screen and grab a hold of them in anger. Case File nº221: Kabukicho wants you to hate Maki so much because they want you to hate what she represents. 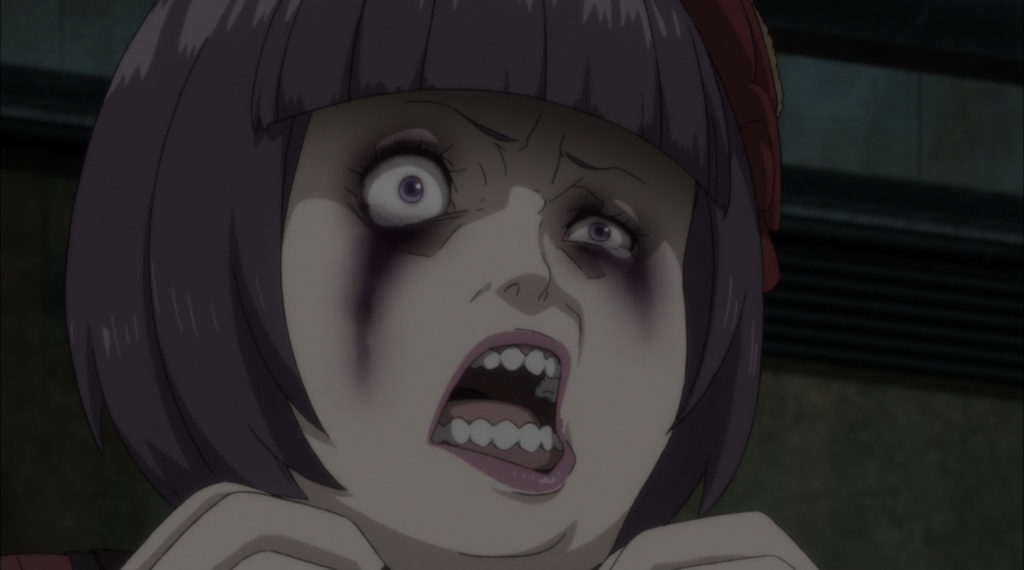 The anime has placed justice at the root of Sherlock’s character and the show in general. Suddenly, that’s no longer a priority. Moriarty murders Maki instead of allowing the justice system to decide their fate.

In the context of a decade of progress within anime, I struggle to think of a time I’ve ever seen an anime so proud and triumphant in its dehumanizing attitude towards its trans cast. There’s a joy and glee in the writing and decision to write these scenes in such a humiliating way. Where this becomes insidious, however, is the way the dialogue and confession frame this less as an issue with Maki specifically and more of an issue with transgender ideas in general; being transgender means you are mentally ill and that committing such crimes out of jealousy over your body is an inevitability.

It’s crass, it’s disgusting, and one of the worst pieces of representation I’ve seen in a long time. When I can see such positive representation in other anime, I watch Case File nº221: Kabukicho and see trans identity being looked down upon and ridiculed. For that alone, this is a series that lacks respect for others, and therefore isn’t a series I feel any desire to see develop further. 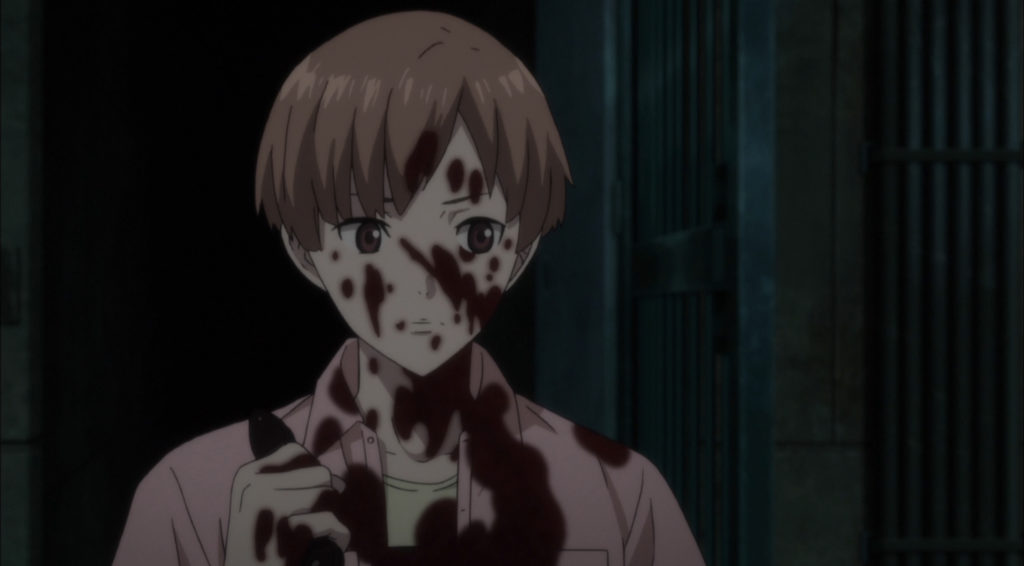 Since the very first episode, Case File nº221: Kabukicho has tried to disingenuously represent its setting by demeaning its transgender characters. Episode 1 incited gay panic and disparaged the transgender hostesses of the anime’s central location, Bar Pipecat, and episode 3 doubled down on this. The thing is, I was able to look past these early moments of concern for a while because the pointed mockery they faced soon subsided. They were accepted within the show’s canon after this, and though I still couldn’t condone these early moments, it was an improvement to, for example, see Mrs. Hudson treated as a person of admiration and respect by people like Irene Adler and the other patrons of the bar she managed.

The signs have always been there that the show never truly cared for these people, however. When a new transgender character was introduced within episode 8, a friend of Irene’s, she was very quickly murdered within the same episode, turning her life and character into a plot device for the cis cast to act upon while coating trans identity in tragedy as is all-too-common within popular media. Coupling this with the early episodes suggested the anime cared little for the lives of its transgender cast, alive or dead. After all, as soon as we know Irene’s friend is dead, the impact on Irene and the influence it has on the case of Jack the Ripper takes precedence over remembering the life of a supposed long-term friend. They’re forgotten.

Whether through ignorance or malice, this anime has repeatedly demeaned and dehumanized its transgender characters. Between directly ridiculing their gender identity, killing them off and using them exclusively to advance the lives of their cisgender friends and enemies and calling them insane, at a minimum this anime does not consider a person like me equal.

In light of this, the quality or issues with other elements of the anime is not worth discussing. For its treatment of minority characters and particularly its transgender cast, this is an anime you should avoid.