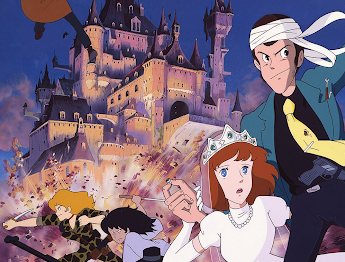 Hayao Miyazaki Got His Start Directing an Influential Film

When fans of Hayao Miyazaki discuss their favorite lesser-known Miyazaki movies, they may or may not mention Lupin the Third. Lupin the Third, for the uninitiated, is one of the most influential anime series in Japan and incredibly popular worldwide. However, Lupin’s second film, The Castle of Cagliostro, is definitely not a Studio Ghibli movie.

Written and illustrated by Monkey Punch (The pen name of Kazuhiko Kato), the stories follow Arsene Lupin III, the grandson of Arsene Lupin. Arsene Lupin, in turn, is the creation of French author Marice Leblanc, who wrote about the exploits of this “gentleman thief” in 1905.

Arsene Lupin III generally follows in his grandfather’s footsteps and is known for announcing the object of his thefts prior to his crimes, as well as driving around in his iconic Fiat 500.

Lupin the Third Has a Contained Cast of Characters

Lupin usually appears with one or more of his associates, his closest being Daisuke Jigen. Jigen operates as an expert marksman, and Monkey Punch/Kato based him off of a character from the classic western The Magnificent Seven.

Other characters include Goemon Ishikawa XIII, a descendant of another historically notable character. The original Ishikawa Goemon was a legendary samurai in Feudal Japan, and in keeping with his ancestor, Goemon XIII is a master of swordplay, martial arts, and is constantly depicted as wearing traditional Japanese garments.

Lupin’s principal love interest is Fujiko Mine, a femme fatale character Monkey Punch/Kato added as a sort of “Bond Girl” character. Lupin and his cohorts are often depicted as working together, but aren’t exactly a “crew”, as they’re all after their own goals.

Being a thief, naturally, Lupin is often opposed by the law, and his main nemesis is Inspector Koichi Zenigata of Interpol. The relationship between Lupin and Zenigata has been compared to that of western cartoon characters Tom and Jerry, with Lupin–the protagonist– as Jerry, and Zenigata constantly trying and mostly failing to capture him.

Lupin the Third first appeared as a manga in 1967 and has appeared in pretty much any sort of media you could name. In addition to manga, anime, and video games, Lupin has appeared in feature-length animated and live-action movies.

Castle of Cagliostro is the second film Lupin has appeared in, and it is the directorial debut of Hayao Miyazaki, who also worked on the script and the storyboards for the film. Miyazaki had previously directed a couple episodes of the anime TV series with Isao Takahata, with whom he would eventually co-found Studio Ghibli along with Toshio Suzuki 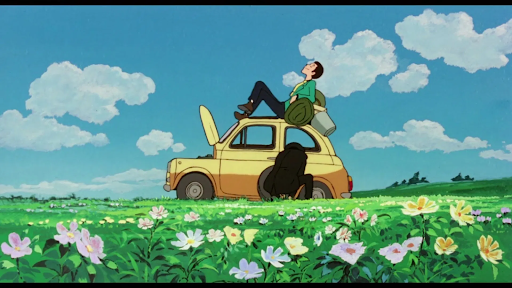 The Castle of Cagliostro is an Anime Adventure In Europe

The Castle of Cagliostro opens with Lupin and Jigen pulling off a heist at a casino in Monaco. As they get away with their money, they realize that it’s all counterfeit, and not just counterfeit, a very specific make of counterfeit.

As they make their way to the country, they come across a bride being pursued by a group of thugs, and naturally, Lupin and Jigen take the side of the woman. After fending off the attackers and nearly plunging over a cliff, Lupin discovers that the woman is actually the princess of Cagliostro.

After explaining that the original King and Queen perished in a fire years ago, Lupin finds out that the princess is in the clutches of the Count of Cagliostro, the current regent of the land. Lupin and Jigen decide to steal the princess Clarisse away from the count before he can trap her in a forced marriage, and enlist Goemon Ishikawa XIII to help them out.

Additionally, after a failed assassination attempt by the Count,  Lupin sends one of his calling cards in order to draw out Inspector Zenigata. Once inside the castle Lupin discovers Fujiko Mine, who has been posing as one of the brides’ handmaidens and rounds out the traditional Lupin the Third cast of characters.

While The Castle of Cagliostro was generally well-received, Lupin the Third fans were disappointed with the largely kid-friendly version of Lupin, as opposed to the often lecherous version in the manga and other animations.

In fact, fans noted that many of the characters’ personalities had been changed, presenting viewers with a heroic Lupin, a friendly Jigen, funny Goemon, and an un-sexualized Fujiko. These elements were changed by Miyazaki in order to better shape the story and mold Lupin into what Miyazaki considers “heroic”.

Miyazaki refers to “his” version of Lupin as one who has grown up. While the character designs of Lupin and his associates are generally specific, in the other characters one can see the traces of Miyazaki as he develops his own auteur-like style.

While it wasn’t exactly a box-office smash, it gained renown through re-releases and dubs, and currently has a 95% rating on Rotten Tomatoes. Critics pointed out that while the animation of Lupin himself wasn’t anything to write home about, the artists’ attention to detail in the starkly European set-pieces was astounding.

Many animators and cartoonists Eastern and Western were influenced by Lupin the Third, in particular The Castle of Cagliostro.

The climax of the film, a fight atop a clock tower, has been referenced in many cartoons, including Batman: The Animated Series, Atlantis: The Lost Empire. Even The Simpsons Movie has paid homage to this particular incarnation of Japan’s gentleman thief.

Fans can pick up their own copy of Lupin III: Castle of Cagliostro on blu-ray through Discotek Media. Castle of Cagliostro has also seen other DVD releases, as it also appears on the blu-ray for The Collected Works of Hayao Miyazaki, released by the Walt Disney Company.