A Flawed Yet Promising Start for Netflix’s ‘Castlevania’ Anime 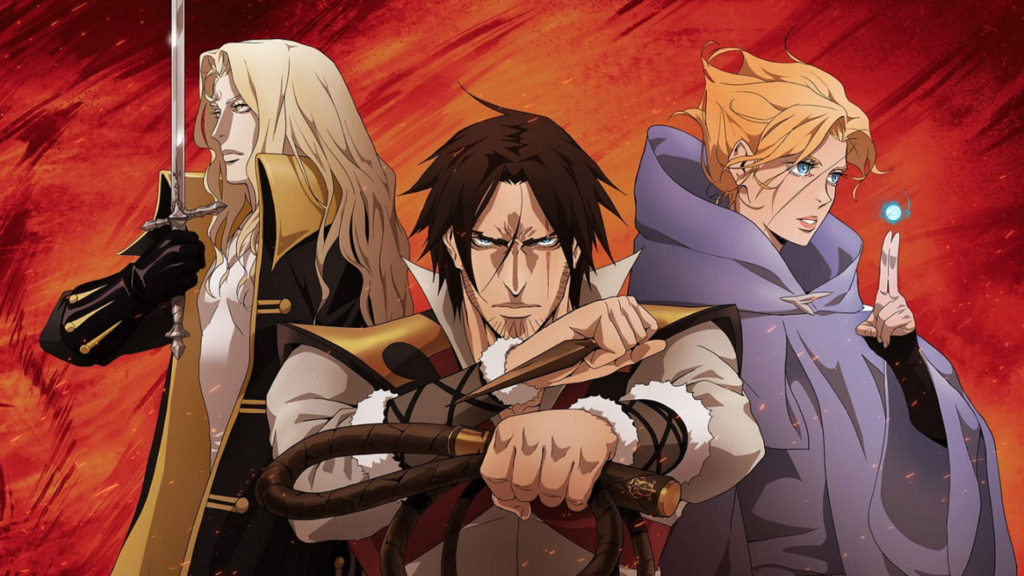 I think I speak for the majority of Castlevania fans when I say that I’m thankful to Netflix. Konami’s treatment of the series has been spotty to say the least, with the infamous Lords of Shadow series being the company’s last foray with the series – except, of course, to make a few pachinko machines here and there.

In lieu of support from its own parent company, then, Netflix and the creative team behind the Castlevania series are the only ones giving the well-established series any love. And it really deserves love – there’s so much to adore about the series, from it’s convoluted lore to its revolutionary gameplay mechanics. But does that mean that we should simply consume the new animated series and move on, without airing any complaints? Of course not.

For as much as Netflix’s Castlevania series manages to capture so much of what made the games great – it’s gothic architecture, iconic characters and B-movie vibe – there’s plenty which prevents it from being truly great. And with the recent release of the second season on the streaming platform, there’s no better time to talk about it.

The biggest problem the series faces is one of pacing. While the first season is quite well constructed, the second puts the main plot of Trevor, Alucard and Sypha’s quest to defeat Dracula on hold for most of its runtime, instead preferring to focus on the vampire side of things. And while that’s not such a bad thing – even the games ended up realizing vampires were more interesting than vampire hunters, after all – it does mean that the second season gets off to a slow start.

But even if blaze through this slow start with Netflix’s beloved “binge-watching” method (as I did) and into the more action-packed second half, the show fails to deliver the kind of sucker punches that you can tell it really wants to. It’s clear that the animation staff at Powerhouse Studios are really talented, and manage to deliver some amazing pieces of key animation when it’s needed most, but for the most part, the show’s thrills are dragged down by dull shot composition and visual direction. An episode will go from an intensely detailed and fluid fight scene to a static back and forth dialogue scene – which not only throws the viewer out of the experience but undermines the viewer’s appreciation of the good bits.

That being said, even during the rather bland dialogue scenes, there is a ray of light – that of the excellent characters, which are always giving it their all despite appearances. Much like the first season, the core trio of Trevor, Alucard, and Sypha are a joy to be around – mostly thanks to the excellent performance by Richard Armitage – and when focus shifts to the vampire side, newcomers Isaac and Hector provide a really interesting insight into why a human would choose to serve an undead master.

And their master, none other than Dracula himself, deserves special mention. The first season gave us a fairly good insight into Dracula’s motives for his attacks on humanity, and the second season goes even deeper, as Dracula goes far beyond that of a simple antagonist and almost morphs into the main character himself in terms of how much the show focuses on him and his journey. It must be said that Graham McTavish’s performance as the iconic vampire is also excellent, bringing a timid ferocity to Dracula’s armchair monologues.

In light of this, I’m hesitant to disparage the show too much. Especially when you also consider that the circumstances surrounding the overall release were clearly not ideal. While the ‘first season’ appeared on Netflix nearly a year ago, it’s clear that the events of that season really should have been a part of this ‘second season’ as well – which in turns leads to the problems with pacing that the show suffers from. It’s not like you can blame anyone for this, as Netflix had never greenlit anything like Castlevania before, and the writing team simply had to work with the conditions that they gave them.

With that said, despite the rocky start for this animated Castlevania series, I’m optimistic about its future. Now that they’ve shown themselves to be successful, Netflix has already given them the greenlit for a ten-episode third season, which should spare the writing team from the problems of a split season. They’ve also left themselves with plenty of interesting threads to pick up for the next season and beyond – with many of them going far beyond the original games’ story and into new territory.

So while I won’t simply take my Castlevania anime and shut up, I will give Netflix props what the series may become in the future. They could be on to a real winner.

You can watch Netflix’s original Castlevania series via their online streaming service, here.