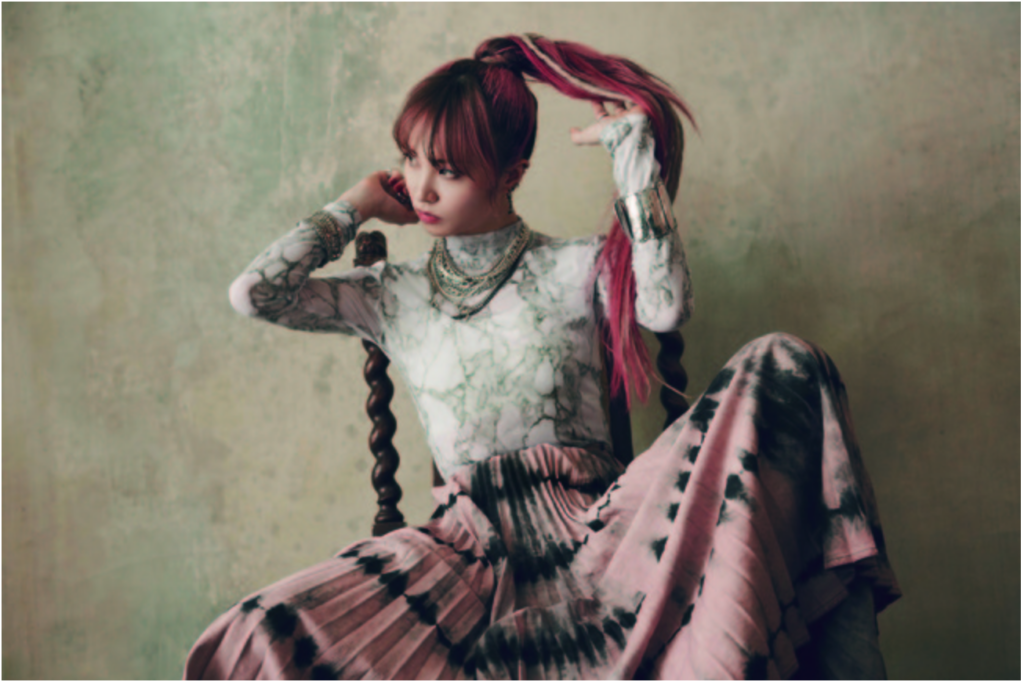 In this feature, OTAQUEST aims to help introduce some of Japan’s best musicians to the world. Today, we introduce a creator who has seen her career rise in tandem with renewed domestic and global interest in anime. She puts her soul into her performances, with some of her most notable live clips featuring her throwing herself totally into singing, sometimes even pushing herself to tears.

For hundreds of thousands of listeners around the world, LiSA has been one of the biggest names in modern J-pop since the start of the 2010s. The 33-year-old singer-songwriter has penned opening and ending themes for some of the biggest anime of the last decade, becoming a constant for fans of Japan’s animation industry, which, given its status as the biggest pop cultural export out of the country, means a lot of people.

Yet for years, LiSA (born Risa Oribe) existed in a pocket far away from mainstream J-pop. Despite the massive popularity of anime, the artists actually crafting the themes (who could get a sold-out Saitama Super Arena hollering along to every word out of their mouth, and who boasted strong sales often landing them on official charts) were often treated as if they were operating in a whole different musical universe, failing to get the mainstream media celebration hoisted on dozens of idol groups, often boasting stats way below what anime-centric creators tallied. LiSA, in particular, never really got much love from the traditional media avenue.

That is, until Demon Slayer: Kimetsu no Yaiba. LiSA provided the opening theme song to the hit anime adaptation of what was initially a manga, earning newfound attention from corners of Japanese media that had previously overlooked her. Suddenly, she was getting attention from online outlets and bulletin boards previously passing her by, and appeared on national broadcaster NHK’s Kohaku Uta Gassen year end bonanza in 2019. This year has only been a bigger boom for her, as she provided the theme to the record-setting Demon Slayer movie, and has set records herself with ‘Homura’ (above).

LiSA’s rise to the top of Japanese music mirrors a new boom in anime, but even if you cut away that vital context, LiSA’s blend of musical styles and emotionally wrenching singing would make her a worthy artist to spotlight. Though add in a ginormous hit and… well, you get an intro like this one.

Born in 1987 in Gifu Prefecture, Oribe grew up playing the piano and, eventually, joining thousands of other Japanese adolescents in falling for the pop-punk stylings of artists such as Avril Lavigne. As a teen, she started dabbling in this kind of sound with classmates. She put her focus on music, eventually moving to Tokyo and starting a band called Love is Same All. While that group didn’t offer much worth revisiting, Oribe did draw from its name when choosing a new solo moniker to go under: check the first letters of the name LiSA and see what she did there.

Almost right away, LiSA found herself wrapped up in the world of anime. She provided vocals for fictional bands as early as 2010, and soon enough was penning themes for series. She established her chugging rock sound fully by this point, channeling her teenage faves while adding an extra drop of drama suitable for fantasy series. Her early success is captured on releases such as Letters to U (above) and proper debut full-length LOVER”S”MiLE, featuring early anime hit ‘oath sign’ from Fate/Zero. Listen to that one below.

The midpoint of the 2010s is when LiSA became a superstar within the world of anime music. By 2012 she had already performed at Anime Expo in Los Angeles, and her portfolio of theme songs would start looking top notch as the years went on. She contributed numbers for popular series such as Sword Art Online and Nisekoi, while also getting the chance to be a voice actor in the dub of the animated film Minions (alright, maybe save that honor for page two). On top of this, she continued to put out solid sets of straight-ahead, emotion-spiking rock.

By this point, LiSA was a top-level performer in the world of anime, both a titan in this realm domestically and gaining attention abroad a lot of Japanese artists crave. Despite solid chart showings, though, LiSA didn’t really receive much attention from the mainstream Japanese music media or industry at large. She wasn’t invited to many music TV shows, for example, and her success wasn’t documented in the same way as other acts. That’s largely because she was heavily associated with anime music. In reality, it doesn’t sound any different from regular J-pop or Japanese rock, but often anime music is placed in its own corner, both metaphorically and literally (check a Tower Records out next time you visit Tokyo!). LiSA was connecting with a lot of fans and doing all of the things the industry associates with a superstar, but she wasn’t quite getting the attention from traditional outlets and players.

Nevertheless, LiSA kept refining her driving rock sound, releasing well-received and big-selling albums, while towering over the large world of anime music. That was about to change, though.

Anime series Demon Slayer became the hit of 2019, and LiSA’s sweeping rock blast ‘Gurenge’ served as an especially fitting intro for the show. The popularity of the cartoon itself (becoming omnipresent following a successful manga run) also nudged LiSA into the mainstream orbit. Suddenly, all those shows came calling and news program placed her front and center. Most notably, she appeared on NHK’s Kohaku blowout in 2019, her first appearance and one that received a lot of positive attention from online users.

And now she can lay claim to a rare all-corners hit with ‘Homura.’ This one has truly become inescapable since the Demon Slayer movie landed in theaters earlier this fall, with the only comparison I can think of being ‘Let It Go’ from Disney’s Frozen. ‘Homura’ pops up all the time on Japanese TV, and LiSA’s take on it for YouTube channel The First Take (above) has become viral in its own right, thanks to her impassioned performance culminating in her crying. She will perform this one on the 2020 edition of Kohaku, and it will be a big deal… book it.

Oh, and she also put out a whole full-length album before any of that, showing continued growth in her approach to rock. And, in 2020, it could now be appreciated by everyone, anime fans and regular listeners alike.

An early example of LiSA pushing rock to its most frantic pace, while also showcasing how versatile her voice can be (see the moments where she briefly dips into something approaching a scream… only to snap back to focus).

LiSA works best when embracing the dramatic, but here’s a good example of her being a bit more bubbly, showing how upbeat her rock sound can get.

A great balance between LiSA’s dramatic flair (the piano notes) and her all-power-ahead energy towards rock.

Huge, dramatic rock featuring string swoops that never lags. It blasts ahead and features a chorus built for thousands to scream along with in an arena.

‘Homura’ might end up being more well known because of its connection to one of the top-grossing films in Japanese history, but the theme to the Demon Slayer anime is better and far more representative of how she has managed to balance her sound over the last decade.

Check out all our music introductions!