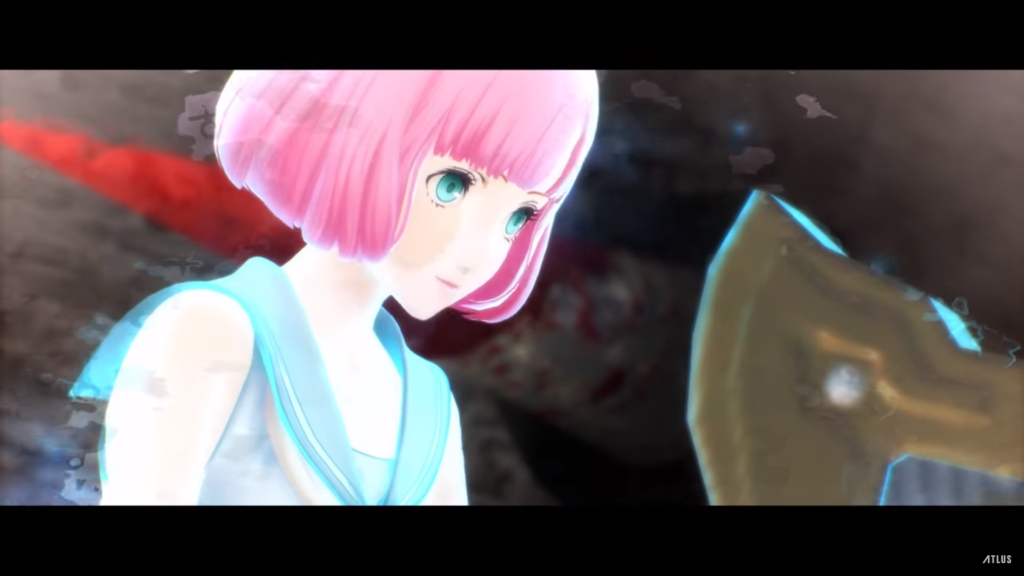 ATLUS started streaming a new trailer of the upcoming Catherine: Full Body releasing on PlayStation 4 on September 3 in the west. Having already released in Japan on February 14, Valentines Day, reviews have more or less been positive. It’s still Catherine but seemingly all of the additions, like Rin, an entirely new love interest plus new stages and story exposition, make it a stronger experience. While the physical ‘Hearts Desire Premium Edition’ has already been detailed, Atlus has now made the full details for the Digital Deluxe Edition available. First, watch the new English dubbed trailer.

There we go. Sheep. Blocks. A scantily clad woman. It’s Catherine, just like you remember but now with more opportunities for Vincent to screw it all up with everybody. The Digital Deluxe Edition features four key DLC components. We have the ‘Playable Character Set’ which will allow you to switch characters in various game modes. There’s the ‘Catherine “Ideal Voice Set”’ which allows you to change between 11 different voice actresses for Catherine, although it’s unclear whether all these voices will be redubbed into English or not. Some cosmetic DLC, the ‘Horned Rimmed Glasses’. Finally, what with Catherine being a Persona spin-off, Persona 5’s Joker will be playable and the rest of the phantom thieves will have additional commentary as a DLC set.

This new trailer only solidifies the fact that, begrudgingly, Full Body will be a day one purchase for me. I don’t know if I’m sold on the whole $20 dollar additional DLC for what’s a repurposed 8-year-old game. However, if they sell the sets separately I’m dumb enough to buy the Persona 5 set. I actually didn’t love Catherine the first time around but I’m excited to revisit Catherine: Full Body all the same. The full $60 is steep for a remaster with bonus content, but we’re all slaves to Atlus at the end of the day. Catch me buying Persona 5 Scramble and The Royal the day they drop too.