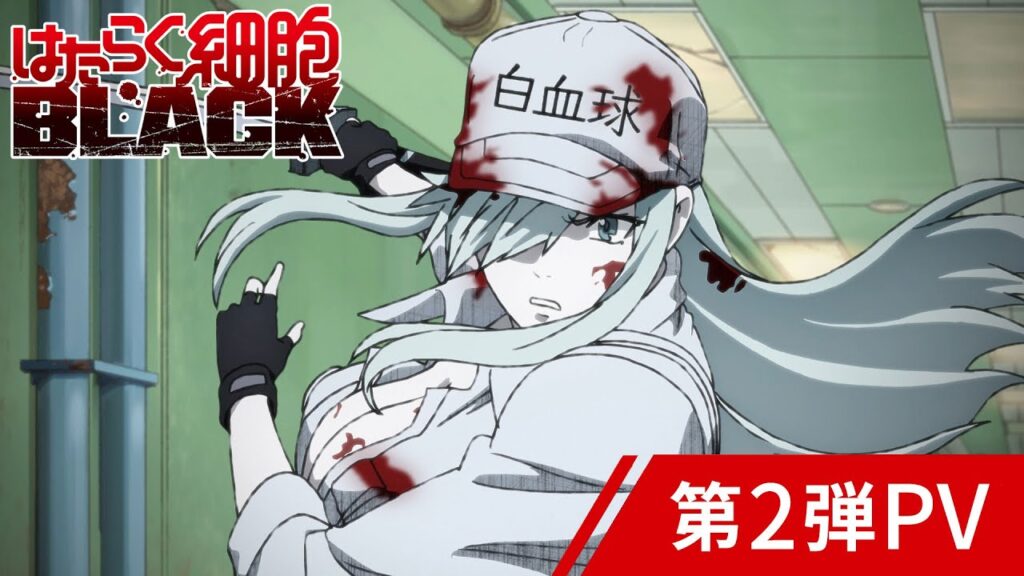 Two very different versions of the anime comedy series Cells At Work! are coming in January 2021. Aniplex released promo videos for both on Monday.

With COVID-19 still raging around the world, there couldn’t be a more appropriate time for an anime series about the brave cells inside our bodies. Whether they are fighting germs or delivering oxygen, these cells do what it takes to keep our body healthy.

When Cells At Work! aired in 2018, it was this cute and funny series about a serious topic: human health. The new promo video shows that the second season will be as much fun as the first. It also features the new ending theme song, ‘Fight!‘ by the pop duo ClariS.

The alternate version of the Cells At Work! anime series will be based on the spin-off manga, Cells At Work! Code Black. Code Black was published at about the same time as the first season of the main series. It featured an unhealthy body which had to deal with issues like drinking, smoking, stress, and lack of sleep.

The new promo video shows just how dangerous and deadly an unhealthy human body can be. It also previews the new theme song ‘Hashire!’ with Yamasaki Seiya (Kyuso Nekokami) by the rock band POLYSICS. Hashire! translates out as Run!, which says a lot about the nature of the series.

In Cells At Work! Black, much of the cute and cuddliness of the main series has been replaced with a darker world. Even the cute little platelets from the original series seem more serious and more grim. Interestingly, in Black, the Red Blood Cell is male, while White Blood Cell is female.

It will be interesting to see if the darker version is as popular as the more comedic main story.

Cells at Work! Black premieres on 9 January at 24:00 on Tokyo MX, straight after the second season of Cells at Work!.