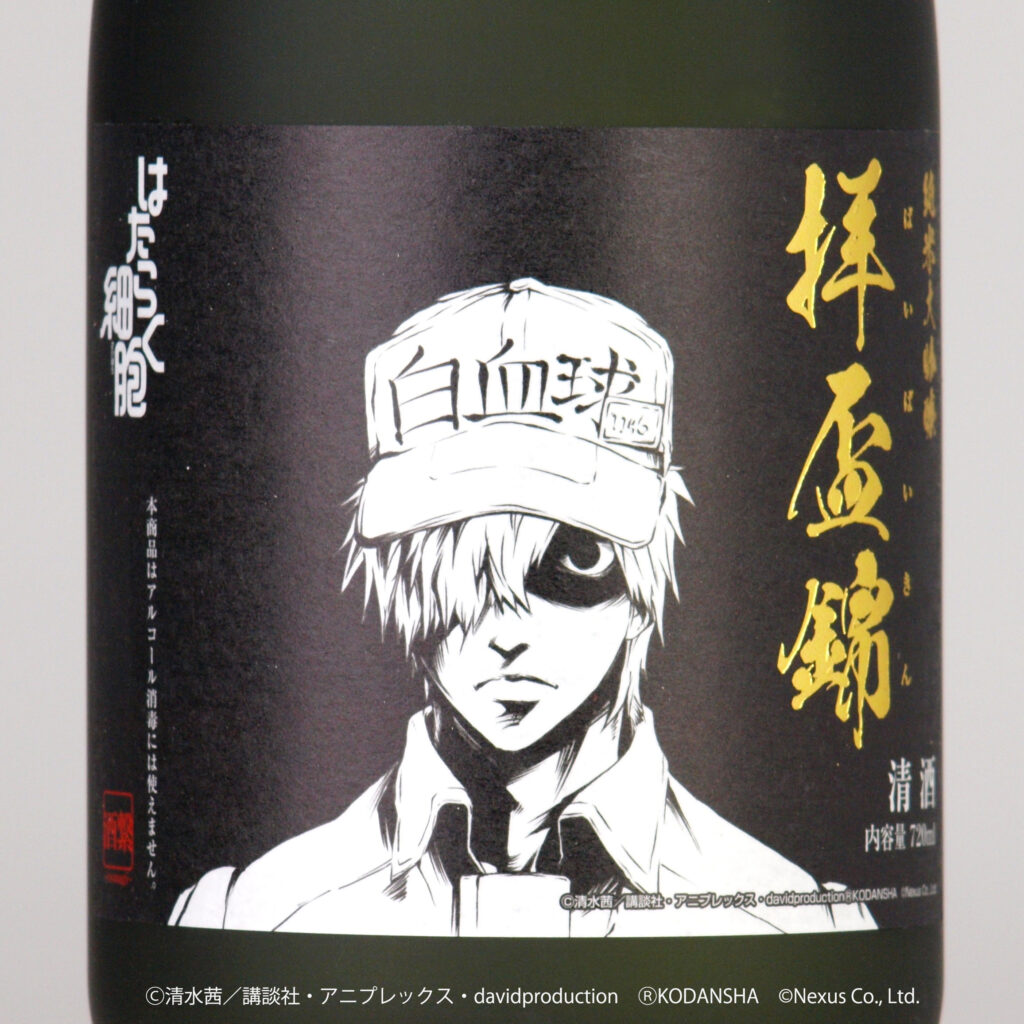 A second season of a fun, clever, and popular anime series is certainly something worth celebrating, and an award-winning sake brewery has joined the celebration. Starting on Tuesday, Homare Sake Brewery in Fukushima Prefecture will sell a special Cells At Work! edition of its Junmai Daiginjo sake. 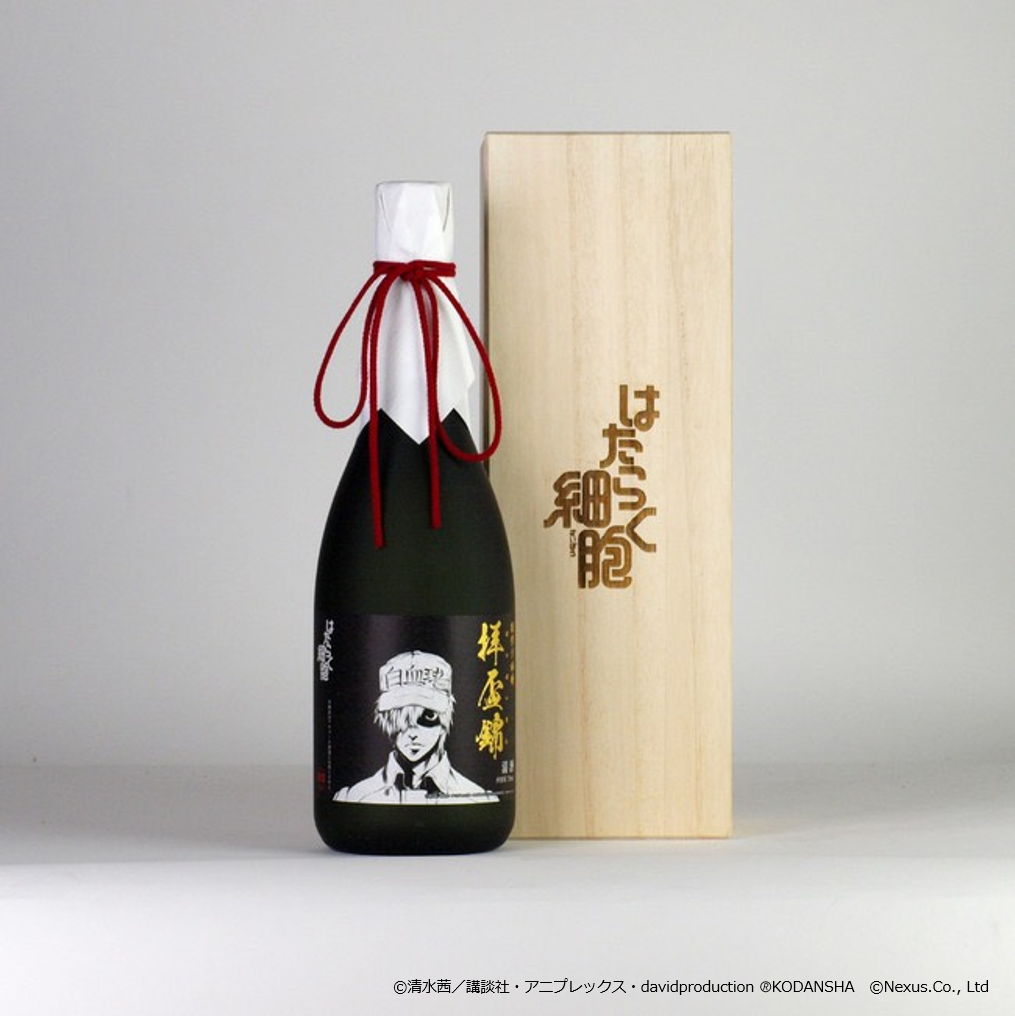 The collaborative and commemorative sake bottle will feature art of White Blood Cell on the label. The description on the website says the art is sumi-e style. Comparing a sake bottle label to a classic Japanese ink brush painting style might seem a little bit of a stretch, but the illustration is quite nice. White Blood Cell is drawn in a black ink monotone.

Note that the art features the male White Blood Cell from the main series, not his female equivalent from the Cells At Work! BLACK spin-off series. Cells At Work! season 2 and its spin-off both started on 9 January, and both series have gotten good reviews.

Incidentally, the second episode of Cells At Work! BLACK deals with alcohol and its effect on the body. The episode takes place in the liver, which is portrayed as a cellular entertainment district with nightclubs and a hostess bar. Remember to drink responsibly.

In any case, Homare Sake Brewery is apparently quite good at what they do. According to the Sake International Association, Homare won five consecutive gold awards at the International Wine Challenge, a British-based annual blind tasting competition. It was named the Champion Sake in 2015.

The name Junmai Daiginjo refers to a high-grade category of sake. The Junmai Daiginjo sake that was bottled for Cells At Work! is described as fruity and mellow. Homare states that it is ‘recommended for those who do not usually drink sake.’

The description also notes that the sake is good for drinking or decoration, but shouldn’t be used as an alcohol disinfectant.

More information is available at the Tsunagi online shop.