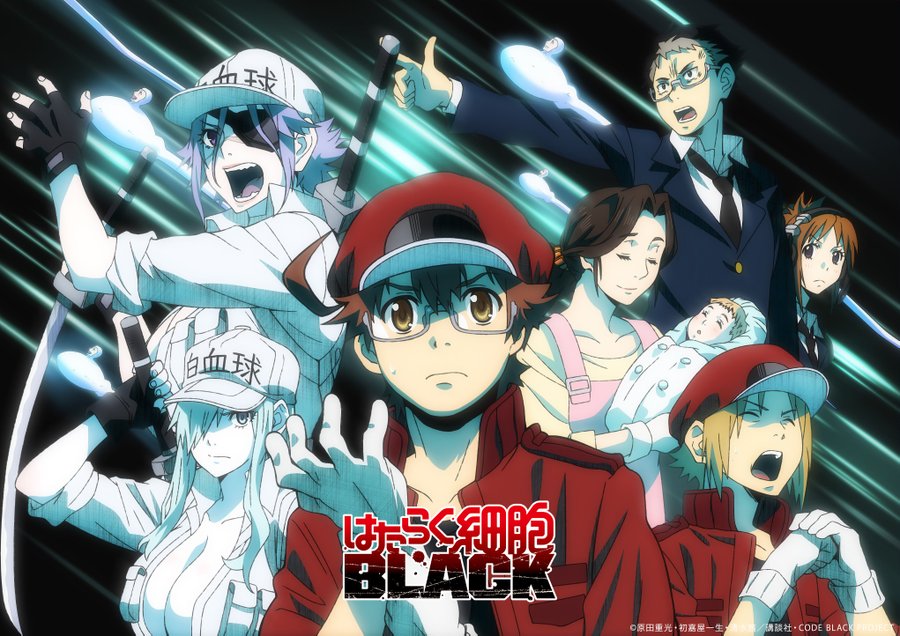 Episodes 3 and 4 of Cells at Work! BLACK will air together as a one-hour special on 18 January.

As the name implies, Cells at Work! BLACK (also known as Cells at Work! CODE BLACK) is a darker spin-off of the comedy anime series Cells at Work! And, judging from the synopsis, these two episodes will be no exception, as they will apparently deal with sex and gonorrhea.

Here’s a trailer for the spin-off series from Aniplex USA on YouTube:

The original 2018 anime series was a relatively light-hearted look at the inside of a human body. Although it did have a dramatic two-part climax involving a head injury and hemorrhagic shock, even an episode which dealt with a cancer cell was comforting and reassuring. And the second season of the series looks very similar.

However, the new spin-off took a more serious turn, starting right from its first episode. According to the website, Episode 3 will be called Excitement, Expansion, Void. They changed the title somewhat, but it sounds like it’s probably based on the third chapter of the Cells at Work! BLACK manga. It’s a chapter dealing with sex.

The fourth episode, Frontline, Gonorrhea, Conflict, would appear to be based on the Gonococcus, Invasion chapter of the BLACK manga. Gonorrhea is a sexually transmitted disease. The two episodes will air after midnight in Japan.

The series is available at Funimation. 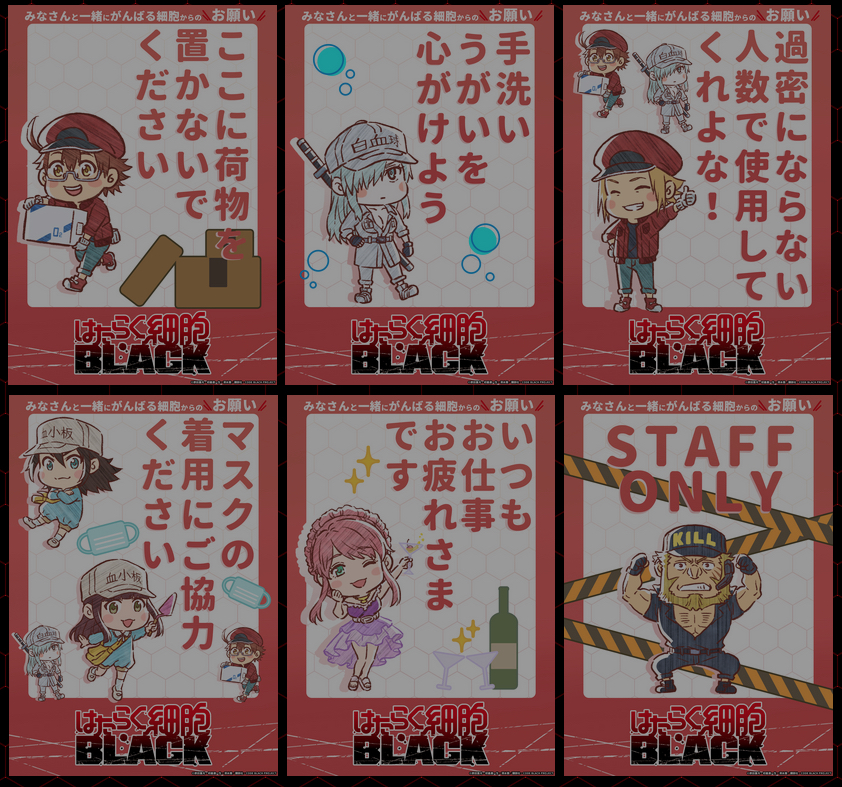 On Sunday, the Cells at Work! BLACK website also introduced special downloadable posters to be used at ‘schools, medical facilities, and similar facilities.’

The motivational posters feature chibi versions of the anime characters. They ask educational and medical staff to ‘please do your best.’ The posters also include reminders to wash your hands, wear masks, keep social distance, etc.

Besides being a nice gesture aimed at essential workers, it’s probably the cutest that these hard-working cells will look all season.