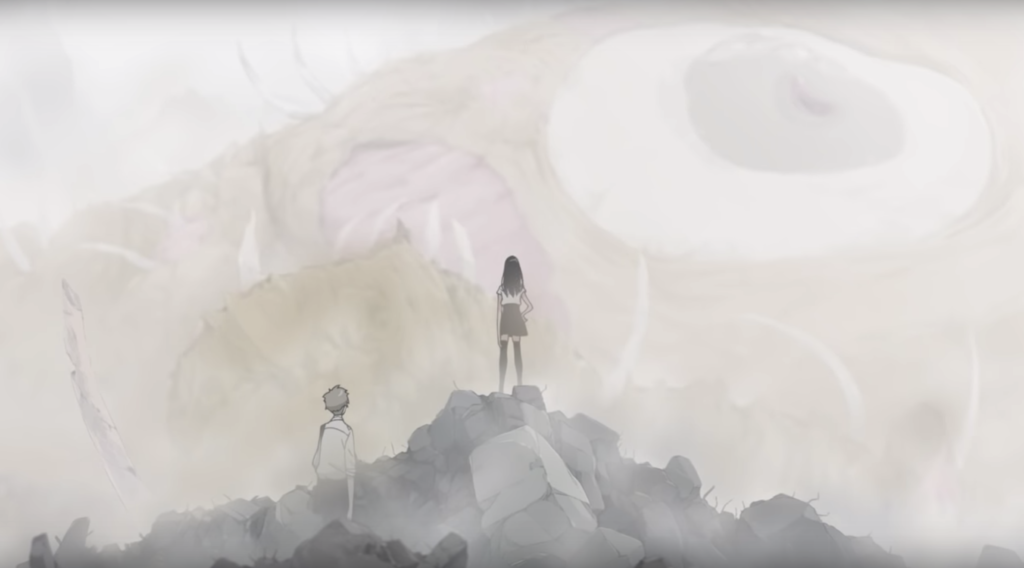 The Cencoroll news has been ramping up this past week. Just days after the Cencoroll Connect film screening announcement, which will show the 10-year-old original Cencoroll short together with the all-new Cencoroll 2, Aniplex dropped a gorgeous new trailer. Originally announced 9 years ago, it’s a miracle that Atsuya Uki, who made the original short almost entirely by himself, gets to bring us a continuation of his vision. Atsuya Uki, whose character design work featured in Digimon Adventure Tri and Tsuritama, excels at creating sleek, stylish art in both his characters and world design. The new trailer oozes with style, and can be checked out below:

Not coincidentally, AnimeJapan is being held this weekend and Aniplex is giving Cencoroll a huge push. There’s an entire section of the Aniplex booth dedicated to the upcoming work complete with a one of a kind plush of massive alien creature and an interactive display! It’s relieving to see Aniplex taking the small but “Capital C” Cool franchise seriously. We’ll never know what happened in the dead-zone of time between Cencoroll 2‘s original announcement 9-years-ago and its upcoming Summer premiere. A trailer did release in 2014, but it was subsequently pulled and not heard of again until this January.

This writing comes from early Saturday morning. Later in the day, there’ll be a featured talk with Uki and a few of the voice actors from Cencoroll. We hope to see push its receiving this weekend at AnimeJapan continues into an international hype over the coming months. The original shorts screened at a few conventions and festivals in the West when it came out, but never received mass release, and was only available for streaming for a limited time.

Cencoroll Connect featuring both works will be screening in Japanese theaters this summer. More info forthcoming on its website.