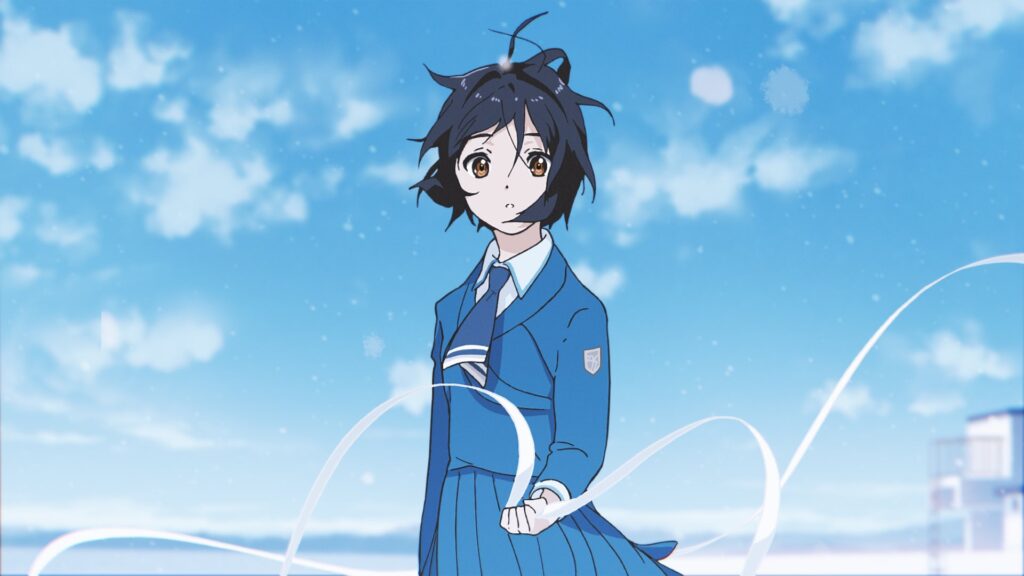 A beautiful song deserves a beautiful music video. That’s certainly the case with the anime video that Atsuya Uki directed for 22/7 (aka Nanabun no Nijuni). On Friday, the virtual idol group posted to YouTube the video for their seventh single, ‘Boku ga Motteru Mono Nara’ (If It’s Something That I Have). The single will be released on 24 February.

Uki created the cult favorite short anime film Cencoroll, and by created I mean he wrote, designed, directed, and animated it. He also created Cencoroll 2, which was paired together with the first film as Cencoroll Connect in 2019. A third film, Cencoroll 3, is in the works.

In the 22/7 music video, Uki has help from animation director Yukiko Horiguchi, who created character designs for K-On! and 22/7; and Yusuke Takeda, art director for Jujutsu Kaisen, Sword Art Online, and other anime series.

The video was produced at Aniplex, one of the companies which collaborated to form the idol group. They also produced and distributed Cencoroll.

According to reports, ‘Boku ga Motteru Mono Nara’ will be the last 22/7 release to feature Chiharu Hokaze, the voice of Reika Sato. Hokaze will concentrate on full-time voice acting in the future.

They will have several different versions of the single available, including a limited edition with CD, Blu-ray, photobook, three-sided box, and trading card.

Cencoroll Is One Piece Of Underappreciated Anime You Shouldn’t Ignore

Cencoroll Connect is Teaming Up With Tower Records In Shibuya