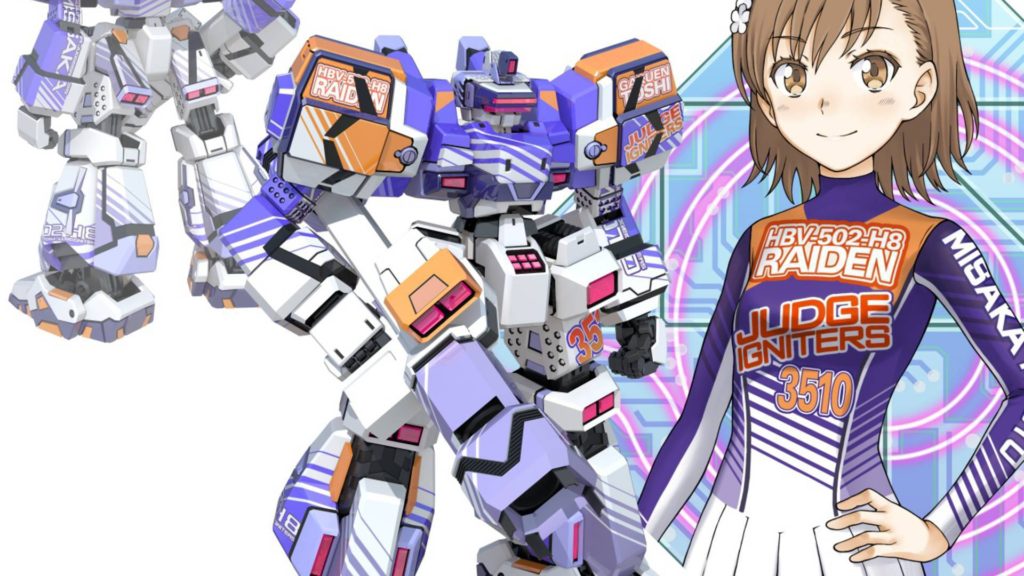 The Virtual-On franchise is not necessarily a well-known one among Western gamers. Having received two relatively obscure releases on both the SEGA Saturn in 1996 and the SEGA Dreamcast in 2000, the franchise built up a secure cult-like following. With the release of Cyber Troopers Virtual-On Marz on the PlayStation 2 in 2003, the prospects of the franchise ever growing into a hit diminished even further, as the title was notoriously terrible. Fast-forward fifteen years, and the series is getting a new lease on life which is sure to make waves in Japan due in no small part to an awesome crossover. Will that success translate to the West? I’m not even convinced the game will make its way out of Japan, again due in no small part to a “certain” crossover.

The magic-infused futuristic world of the A Certain Magical Index series seems like a shoe-in for the arena-based mecha combat of Virtual-On, if the above trailer is anything to go by. Mikoto Misaka’s Raiden unit belongs to the “Judge Igniters” class, along with Kuroko’s unit. Of course, this robot wouldn’t be worthy of its pilot of it didn’t have some sort of railgun-like super move, so look forward to taking down opponents with that.

The game will feature some of the most popular characters from the Raildex franchise, including Touma Kamijou, Index, Accelerator, Misaki Shokuho, Ruiko Saten and Kazari Uiharu. Take a peek at a game overview trailer, as well as the Kuroko character trailer below.

Of course, the tricky issue of licensing this game for release outside of Japan remains. I daresay that it is not impossible — the Raildex anime, light novel, and manga releases all have stakeholders and publishers overseas. Even Dengeki Bunko Fighting Climax which featured myriad Dengeki Bunko properties and characters was able to clinch an American release, so I don’t see any huge roadblocks in the way for this title. All that really remains up in the air at this point is SEGA’s willingness to give the franchise another chance in the West and perhaps calls from fans to see their favorite characters beat the heck out of each other in what is looking to be one of the most fun mecha-based fighters in recent years.