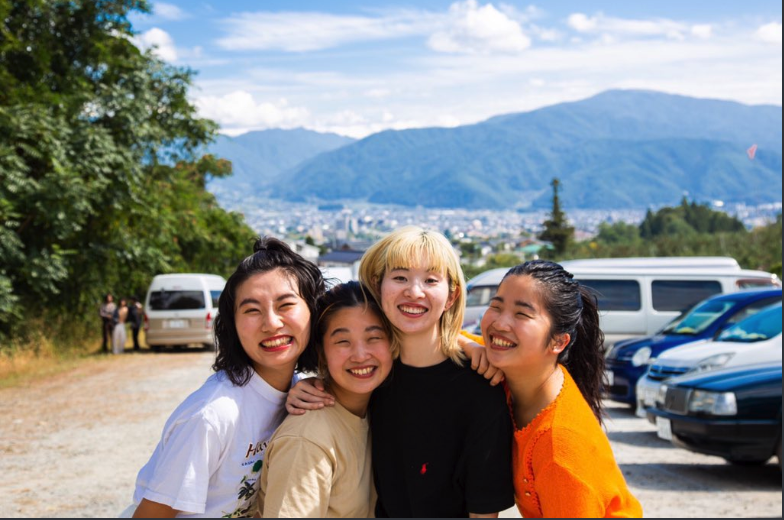 Social media allows musicians the chance to connect with fans in a way formerly not possible. Japanese artists have been a little slower to this when compared with acts from other places, almost certainly due to a hesitance towards digital platforms and distribution. That’s changing, though, and YouTube is one of the spaces where more performers are opening up. Several have worked directly with the video site to create content, and now buzzed-about rock quartet CHAI have begun uploading their own documentary series to the site. Titled AWESOME 4, it offers a peek into the life of a Japanese band that has managed attention from well beyond their home country. Watch the trailer below.

Over the weekend, CHAI uploaded the first episode of AWESOME 4, which found the members of the band discussing their recent European tour, complete with English subtitles. It’s an interesting conversation jumping from specific memories of their jaunt across the continent coupled with smart insights on the life of being Japanese musicians trying to make it abroad. The latter points end up being the most interesting moments of AWESOME 4’s debut installment. Topics here include the feeling of Japan as an isolated place to create art and a discussion about listeners outside of their home nation understanding their lyrics. These are topics plenty of people in the Japanese music industry debate, and CHAI offer takes on it that are every bit as insightful as anyone you’ll encounter. Watch it below.

CHAI write that the series will become a regular fixture of their YouTube channel, and will also feature one-off uploads and new concert footage. As a way of learning more about one of the newer bands to catch attention in the wider world of music coverage, AWESOME 4 looks to be an interesting document. It’s also a nice signal that more and more Japanese artists are learning how to use platforms like YouTube to connect closer with supporters.