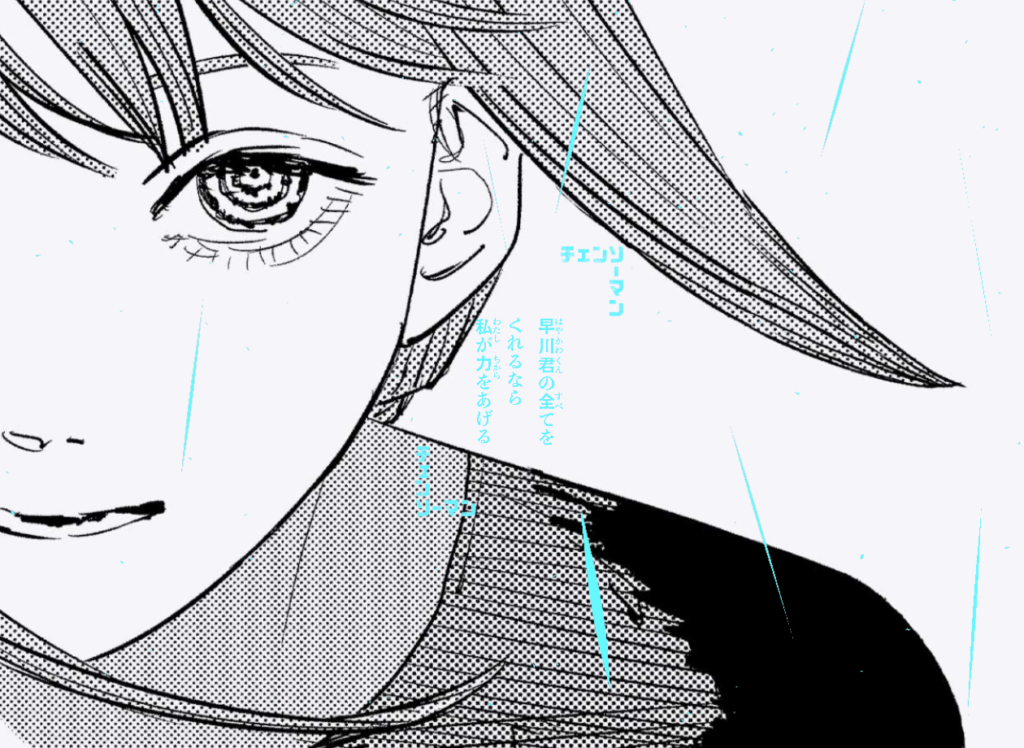 Although the first part of Tatsuki Fujimoto’s Chainsaw Man concluded in Weekly Shonen Jump almost three months ago, the final, eleventh volume has only just come out in Japan. It always takes a while for the collected volumes to catch up with the magazine, but reactions to this one were instantaneous and abound. What’s useful for future generations is the fact that these reactions are being commemorated via the ‘Chain Reaction’ website.

Launched on 4 March (the same day that the final volume released), ‘Chain Reaction’ is a commemorative website that immortalizes the thoughts of industry figures and fans alike on Chainsaw Man part one’s explosive conclusion. A different character appears each time you initially load the page, so press F5 and enjoy seeing who comes up for you! 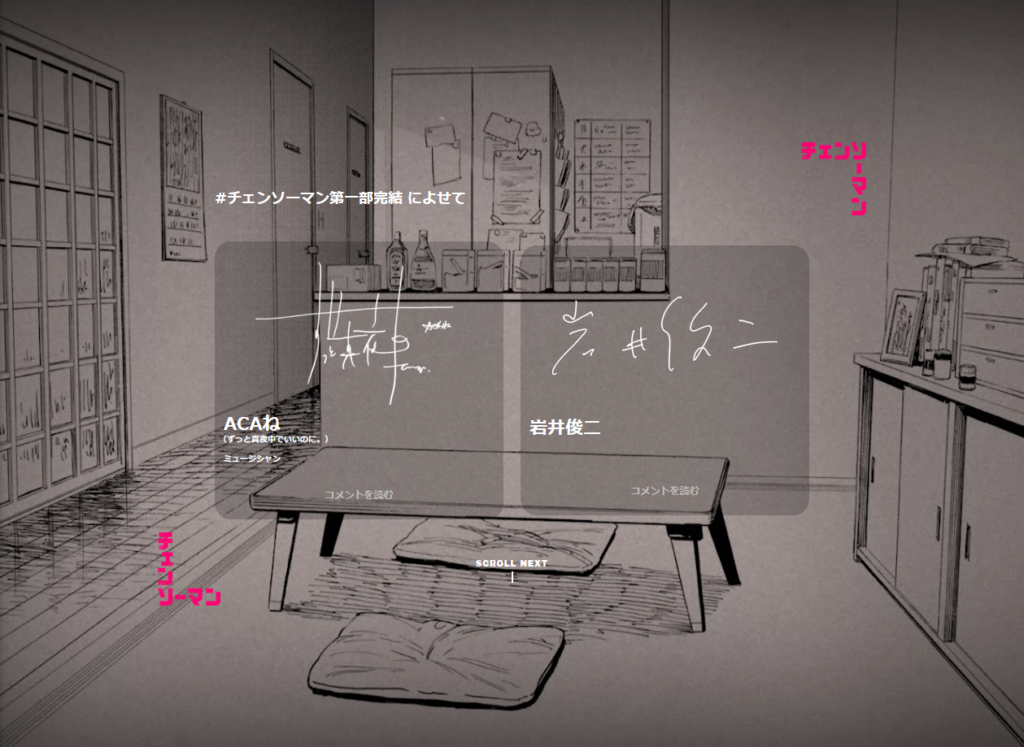 In terms of those industry figures that we mentioned, both film and television director Shunji Iwai and ACA-ne of ZUTOMAYO offered their thoughts on the conclusion. Iwai said that ‘in addition to the world depicted [in the manga], it’s as if another image forms in my brain. What a mysterious work.’ High praise indeed. ACA-ne, meanwhile, said that ‘I love the fact that I can form my own interpretation [of a single scene], even if it isn’t shared by everyone else. It’s also a good reference book for songwriting.’ Presumably, this is in reference to the somewhat ambiguous ending.

Scrolling down to the bottom of the Chain Reaction website, you will also find a scrolling wall of text that actually amalgamates some of the tweets that were made using the hashtag #チェンソーマン第一部完結 (#ChainsawManPartOneConclusion). If this website stays up for the foreseeable future, then this will be a good historical artefact for gauging contemporary readers’ instantaneous reactions to the first part of the series, which are largely positive. Most of the users featured are clamoring for the continuation, and so are we!

In the meantime, at least, we can look forward to the anime adaptation by Studio MAPPA. There’s also another character popularity poll going on right now. You can read Chainsaw Man in English for free via VIZ Media.