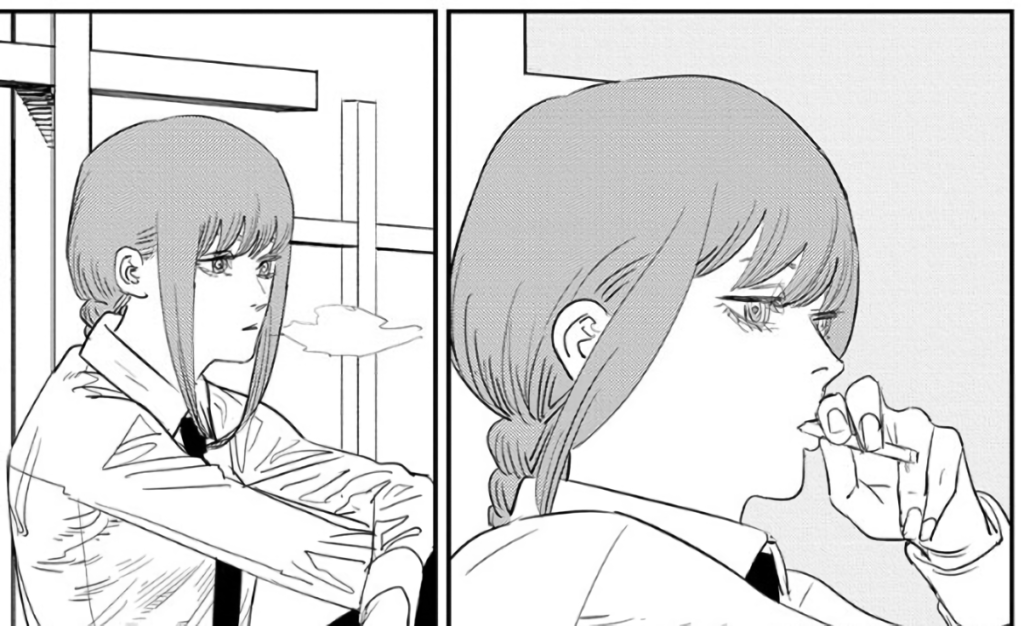 It’s been rumored for a while, but now it’s finally official: Chainsaw Man will be ending in next week’s issue no. 2 (2021) of Weekly Shonen Jump.

None of us here at OTAQUEST particularly want Tatsuki Fujimoto’s dark fantasy manga to go away any time soon, but the story has been tearing towards a conclusion for a good while now. Last week’s chapter 95, in particular, felt like a final turning point in the story as it left the conflict between Denji and Makima on a knife’s edge. It’ll be our pleasure to tune in next week to see how it all wraps up.

The big question, however, is this: what sort of news awaits us after Chainsaw Man’s final chapter? Alongside one final color page, Shueisha is teasing an ‘important announcement’ in next week’s issue no. 2. Whatever could it be?

An anime would be the obvious answer. The series is already proving very popular, recently surpassing 4.2 million copies in circulation and trending regularly on social media sites such as Twitter. Adapting Chainsaw Man into an anime would mean bringing in this ready-made audience and capitalizing on a story that is clearly resonating with people. It’s an obvious choice.

Nevertheless, there are several factors working against Chainsaw Man’s favor. One of them is the fact that the series is ending so soon: usually, producers like to adapt ongoing manga since there is the possibility of producing more material and taking advantage of multimedia promotion (the books promote the anime, the anime promotes the books, etc. etc.) but Chainsaw Man will have none of that. Furthermore, its adult content makes it less marketable to a mainstream audience, so it can’t air at peak times like One Piece or My Hero Academia.

Will that even matter, though? Everyone loves Chainsaw Man and there hasn’t been a single series as talked about this year, save for Demon Slayer: Kimetsu no Yaiba. I suppose we’ll get our answers next week, when Weekly Shonen Jump will publish the series’ final chapter and its important announcement. Keep an eye on that chainsawman.dog URL in the meantime.