‘Chainsaw Man’ Fanart Contest Returns This Year With a Bang 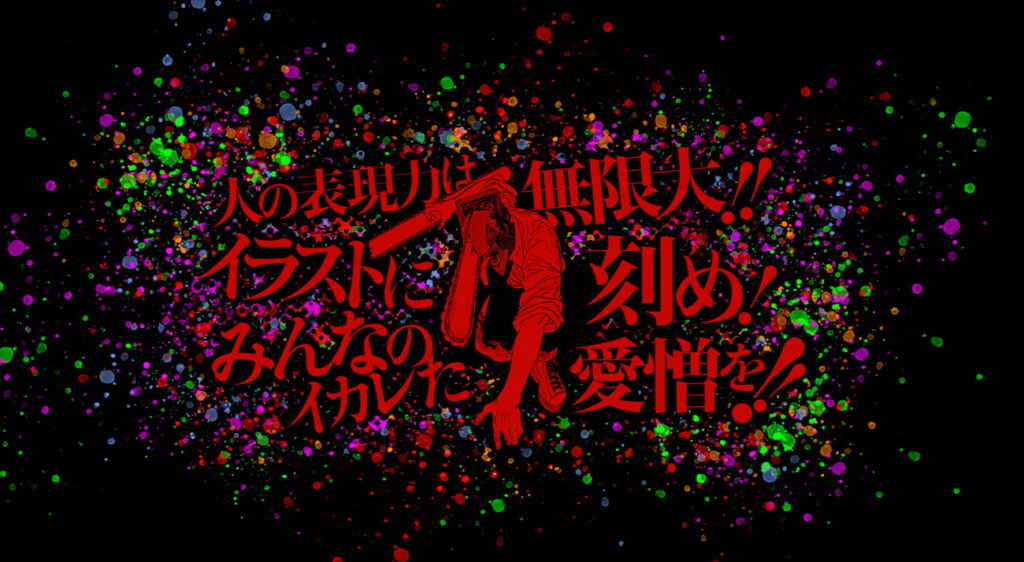 Chainsaw Man’s fanart contest is returning with a vengeance for 2020, this time featuring three distinct categories. There are also a bunch of exciting art-related prizes on offer, as well as a limited edition reproduction manuscript set from Tatsuki Fujimoto, so get your pens at the ready.

Those categories are: the “Battle” category, the “Daily Life” category, and the “Character Love” category. The first two are relatively self-explanatory, consisting of fanart either depicting the series’ battles or the character’s everyday lives, but the third one is a little more ambiguous: what Shueisha is looking for is art with “lots of love” and quite cheekily remarks that “Even if they’re dead in the story, through the medium of fanart, your love for the character will never die.” 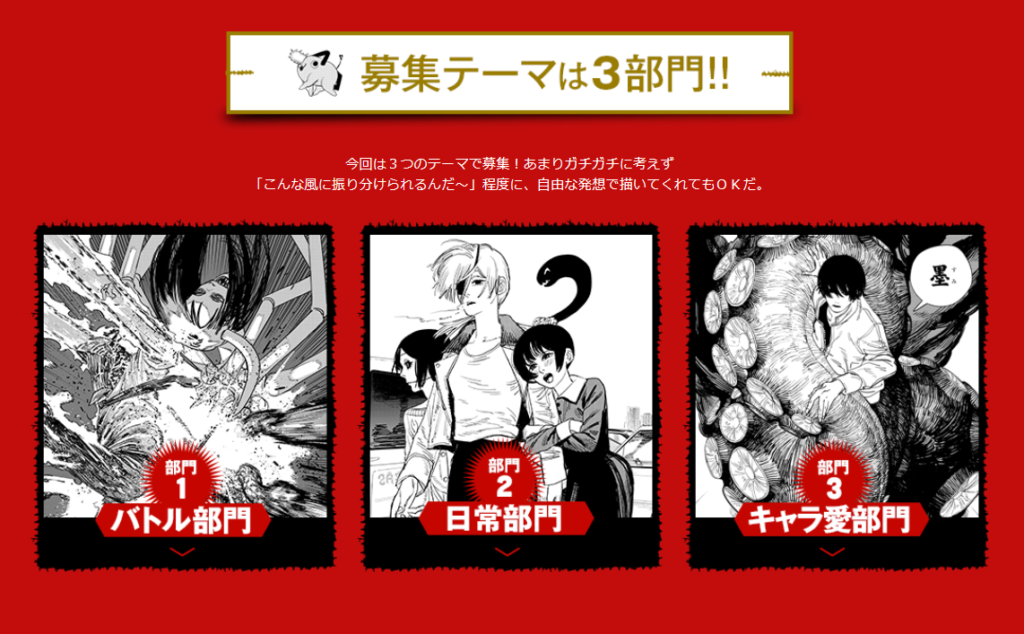 Prizes for this year’s Chainsaw Man fanart contest include drawing tablets of various varieties for each category, so make sure to check which one you’d like before entering. Furthermore, the “grand prize” for the “overall winners” for each category (10 in total) will be a limited edition reproduction manuscript from author Tatsuki Fujimoto himself.

Speaking of Tatsuki Fujimoto, the author offered his thoughts on the contest through his official Twitter account. Even though he doesn’t use his real name on it and says that he is a “third year middle school student” called Koharu Nagayama with no relation to Fujimoto, his editor Shihei Lin has linked to it in the past, so it is pretty clear that he is taking the mick. In any case, Fujimoto said the following:

Although I tried to dig up some information on the winners of last year’s Chainsaw Man fanart contest, I wasn’t able to find anything. Still, there’s plenty of talented artists out there that could be in with a chance of winning: recently I’ve been hooked on @kogureya7’s Denji x Reze fanart, so they would get my vote in the ‘Character Love’ category, that’s for sure.

Entries for the Chainsaw Man fanart contest close November 30. You can submit entries via Twitter using the hashtag #チェンソーマンファンアート投稿.