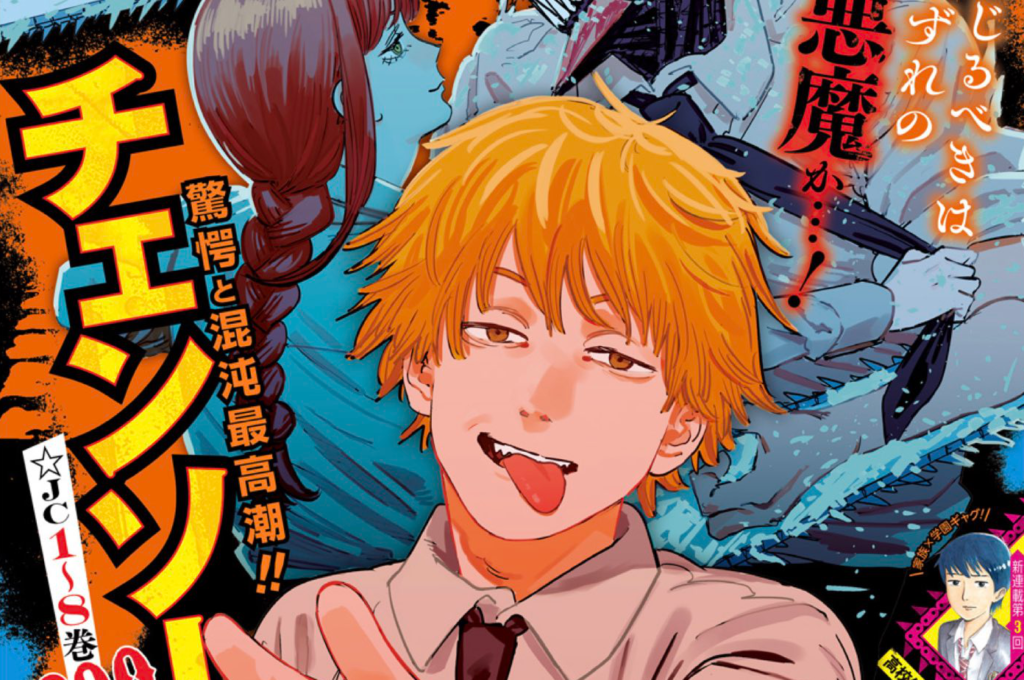 The sudden end of Chainsaw Man ‘part one’ (Public Safety arc) in this week’s issue no. 2 of Weekly Shonen Jump and its subsequent transfer to Jump Plus is arguably the most in-character thing that the series has ever done.

After all, since the beginning, Chainsaw Man has spit in the face of all decency and convention, refusing to march to the beat of any drum but its own. As a result, it has amassed a sizable, passionate fan base, among which I would count myself.

That doesn’t mean that there haven’t been some bumps along the way. While Chainsaw Man has quickly become a firm favorite among nearly all OTAQUEST staff, following the series week by week was a grueling task. It revealed not only the strengths of Tatsuki Fujimoto’s style of storytelling but also its weaknesses. We are hopeful, though, that the circumstances surrounding Chainsaw Man ‘part two’ could lead to a much more polished end product.

Chainsaw Man Part 1 Took Us All by Surprise

Reading back my initial Chainsaw Man review, it feels almost like it was written on an entirely different series. While 2019-me enjoyed the irredeemable nature of Denji as a protagonist (along with the series’ treatment of sexual content) he thought that it was in danger of becoming a ‘typical’ Weekly Shonen Jump series along the lines of Jujutsu Kaisen. Haha, what an idiot!

Obviously, hindsight is 20/20, but there definitely was a very clear shift in the story of what we now know to be Chainsaw Man part one. This made it into a very different series by the end. In my mind, this expresses itself in two different ways: my subjective experience, as well as changes in the narrative. 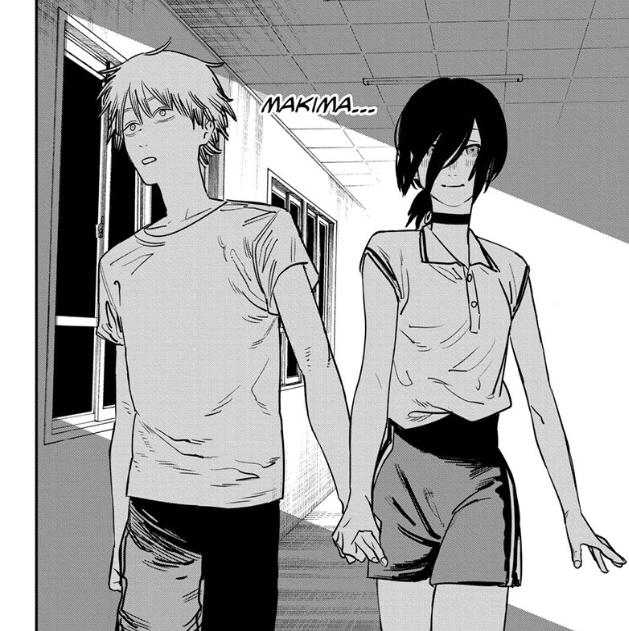 First, the Bomb Girl arc was really the first time that I ever became invested in Chainsaw Man part one on an emotional level. Part of this was because it was around then when I began to write my weekly manga review column, so I was forced to pay a little more attention than usual. Even so, I don’t think I’m alone in saying that the tragic love story between Denji and Reze broke my heart; the sheer amount of fan artists dedicated to that ship alone underscores that fact.

The International Assassins arc was then the first that really wowed me with its narrative. Coming off of the high of the Bomb Girl arc, I fully expected Chainsaw Man part one to wow me once more, but not to the extent that it did. Particularly during the trip to Hell, my jaw was left agape and completely transfixed by Tatsuki Fujimoto’s imagination.

In hindsight, we can probably say that the Bomb Girl arc was probably the last ‘normal’ arc that the series ever did. Much like the previous three arcs, it introduced a new antagonist, explored their powers, and had Denji go up against them in a gory, climactic splatterfest. The only difference, of course, was that Reze was perhaps more interesting than Katana Man, or the Bat Devil.

Of course, dramatic events did still occur in previous arcs. It feels so long ago now, but Himeno’s death hit me like a ton of bricks when it happened early on, even if it doesn’t even begin to compare to the dramatic events that occurred towards the end.

… But Some Things Got Left Behind

Both of these stories were incredible to watch play out week to week, but do end up feeling a little lackluster in hindsight.

For starters, spilling the beans on your main antagonist only a year in isn’t something you often see in a Weekly Shonen Jump manga, and for good reason. My Hero Academia, for example, spent years developing Shigaraki before revealing his heritage and true place in All for One’s plans. This is because one of the advantages of the serialized medium is that you can take your time exploring smaller stories while building up towards changes in the overall narrative. Chainsaw Man part one, however, rushed towards them. 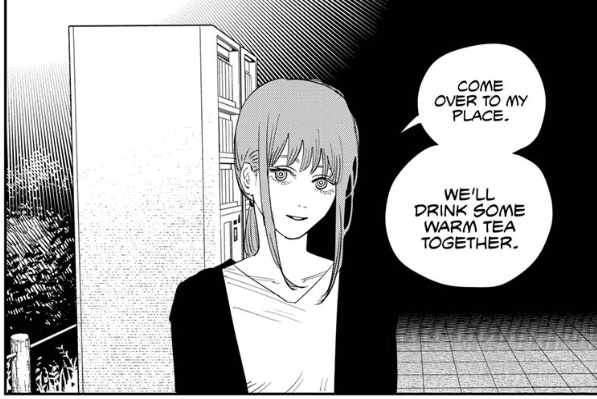 Jigokuraku creator Yuki Kaku once described Tatsuki Fujimoto as someone who ‘draws his favorite things as is’ and was inspired by such restless thrillers as Parasyte and Shigurui. Kaku’s inside knowledge, gained during his time as Fujimoto’s assistant on Fire Punch, paints the picture of a man who has a lot of imagination, but isn’t willing to hold any of that back for the benefit of the plot or the series as a whole.

With this in mind, it’s perhaps no surprise that the final arc of Chainsaw Man part one was pervaded by an intense sense of loss. Although the battles were exhilarating, the art perfect, and the revelations forthcoming, all of this felt like it had come a bit too soon, especially when we didn’t know that the series was going to continue.

In general, what Chainsaw Man part one would have benefitted from was a year or more or so of those earlier, less intense arcs; or, at the very least, some sort of reprieve between the International Assassins arc and the Gun Devil arc. Even at the time, I probably would’ve recommended this, because several parts of the International Assassins arc were quite hard to understand: I thought that Tatsuki Fujimoto might have bit off more than he could chew.

Hopes and Predictions for Chainsaw Man Part Two and Beyond

There’s every reason, however, to believe that the production circumstances surrounding Chainsaw Man part two may give birth to a more polished end product.

Tatsuki Fujimoto got his big break on Jump Plus with Fire Punch, and Shueisha’s online manga service does appear to be more lenient with its scheduling. Series are seemingly published in accordance with each author’s wishes, with Tatsuya Endo publishing SPY x FAMILY biweekly, and Naoya Matsumoto agreeing to take a break at the end of each month to capitalize on the viral success of Kaiju No. 8. If Fujimoto felt somehow pressured by the hectic weekly serialization environment, then, Chainsaw Man part two might be afforded a little more time to breathe.

The example of Fire Punch is also a good one, as Chainsaw Man was beginning to approach some of the same ideas that Fujimoto explored in his debut work: namely, the idea of a hero and what it means to be one. Only, Fire Punch ends up being a more fully rounded exploration of that theme than Chainsaw Man part one simply because it is a finished story. Chainsaw Man part two still has a lot to give. 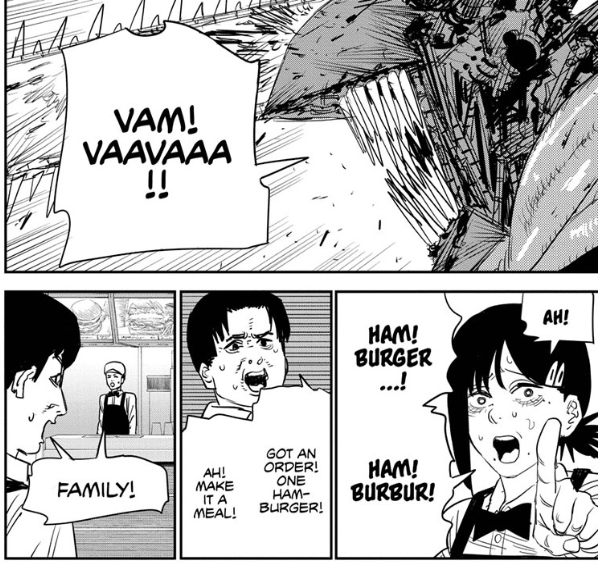 Let it be known that I love Chainsaw Man. I really do. Diving into the series as it is released every week has undoubtedly been one of the highlights of 2020, and I’ll never forget some of the more unhinged chapters. Yet, I have no interest in holding back my criticisms, because I ultimately want this series to be the best it can possibly be.

What are my hopes for Chainsaw Man part two, then? First of all, I hope that Tatsuki Fujimoto feels much more comfortable at Jump Plus than Weekly Jump. I also hope that he’ll have more creative freedom to explore more adult themes, if he wants to. Secondly, I hope that part two offers a more thorough meditation on the themes presented throughout Chainsaw Man part one, hopefully shaping up to be a masterpiece just like Fire Punch by the end.

I also have some predictions. (Whether trying to predict someone as unpredictable as Fujimoto is a fool’s errand is another question entirely.) First, Denji will no doubt continue to grow as a character along the same lines that he did in Chainsaw Man part one: finding out what he wants to do with his life, and trying to form meaningful relationships with others. 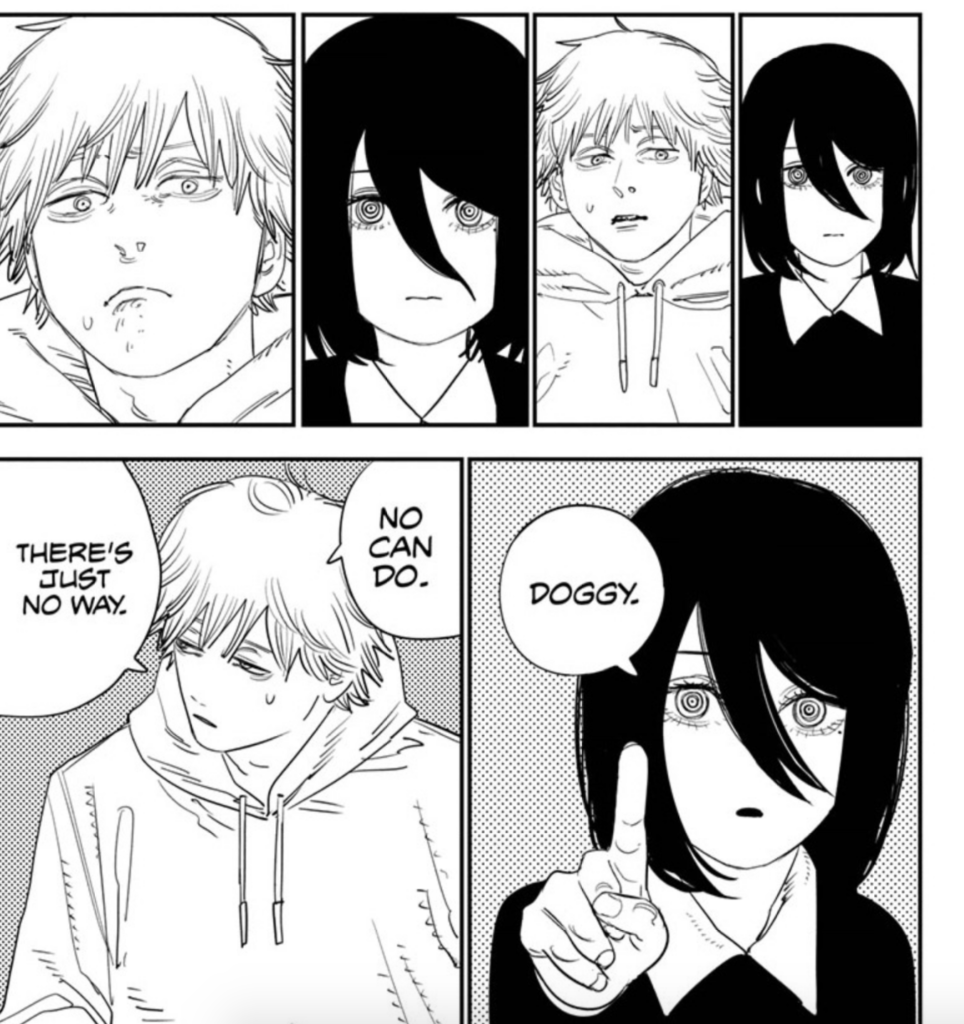 Secondly, the introduction of Nayuta at the end of Chainsaw Man part one makes it clear that she will play a key part in the story going forward. Kishibe says that he doesn’t want to give her to the government as ‘odds are she’ll turn out like Makima again’ (Nayuta now possesses the power of the Control Devil after Denji ate Makima), so now it is up to Denji to ensure that that doesn’t happen.

I can certainly envisage some God of War-style dad moments going forward. Only, Denji has no idea how to look after himself, let alone someone else. So that should be entertaining.

Finally, Chainsaw Man chapter 97 ends with the insinuation that Denji is now a high schooler, but that he is continuing to operate as Chainsaw Man as some sort of superhero (only to save girls, though). This implies that Chainsaw Man part two will be quite an obvious parody of the superhero genre, complete with secret identities, as well as the school setting often employed in Weekly Shonen Jump series. So if Tatsuki Fujimoto ends up pointing out the vapidity of such series as My Hero Academia being set in a school, then so be it.

But if there’s one thing that Chainsaw Man part one has taught me, it’s to expect the unexpected. We genuinely have no idea what Chainsaw Man part two and Tatsuki Fujimoto is going to do in the future, and that’s perhaps the point: I’m sure many of you enjoyed the series simply because of the wild ride it gave week to week, volume to volume.

For my part, however, I’m hoping that there are a few less bumps along the way.

You can read Chainsaw Man part one for free via VIZ Media’s Shonen Jump. Part two will serialized in Jump Plus sometime in the future.