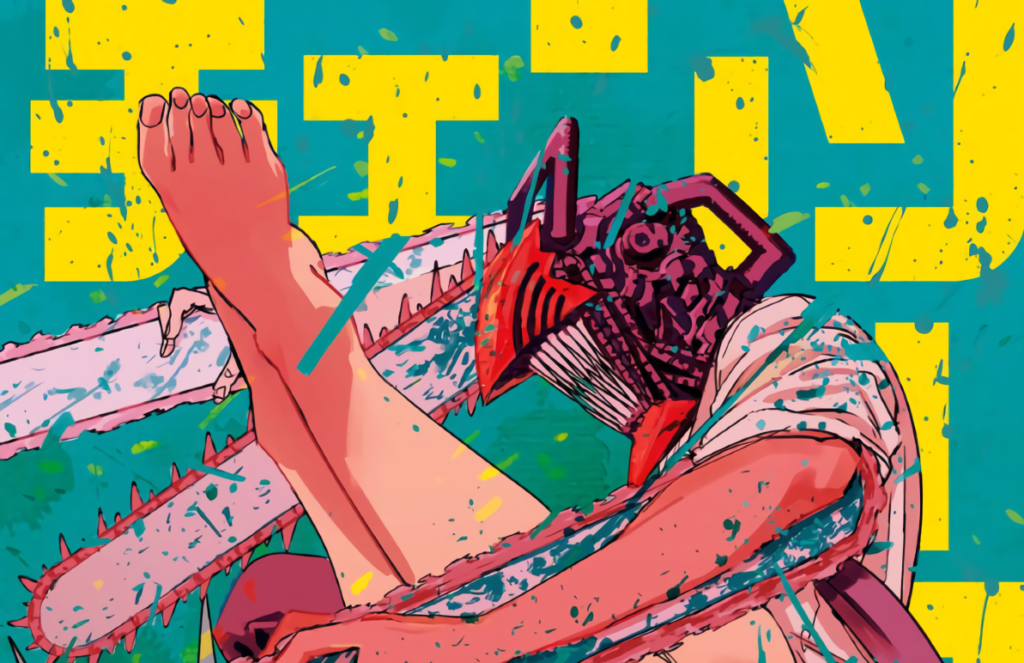 Tatsuki Fujimoto’s Chainsaw Man has been dishing out a fair amount of emotional pain with its latest, “Gun Devil” arc as of late, but that hasn’t affected sales one bit. Rather, adjusting the total to account for the additional print run ordered at the end of July, Shueisha announced today that Chainsaw Man had reached over three million copies in circulation – putting it on track to match fellow Jump newbies such as Act-Age in terms of success. Fujimoto also had a message to share with fans, talking about some of the influences on the series and what he intends to create.

The sudden increase in Chainsaw Man sales is surprising given that it was only last month that we learned that the series had 2.7 million copies in circulation. But along with the sale of the series’ latest seventh and eight collected volumes, momentum has been gathering fast. This milestone also puts it on track to match Act-Age, another relatively new series in the Jump roster which also announced that it had hit three million copies back in May. It is nowhere near Jujutsu Kaisen’s current figure of 6.8 million, however, so don’t get too excited. 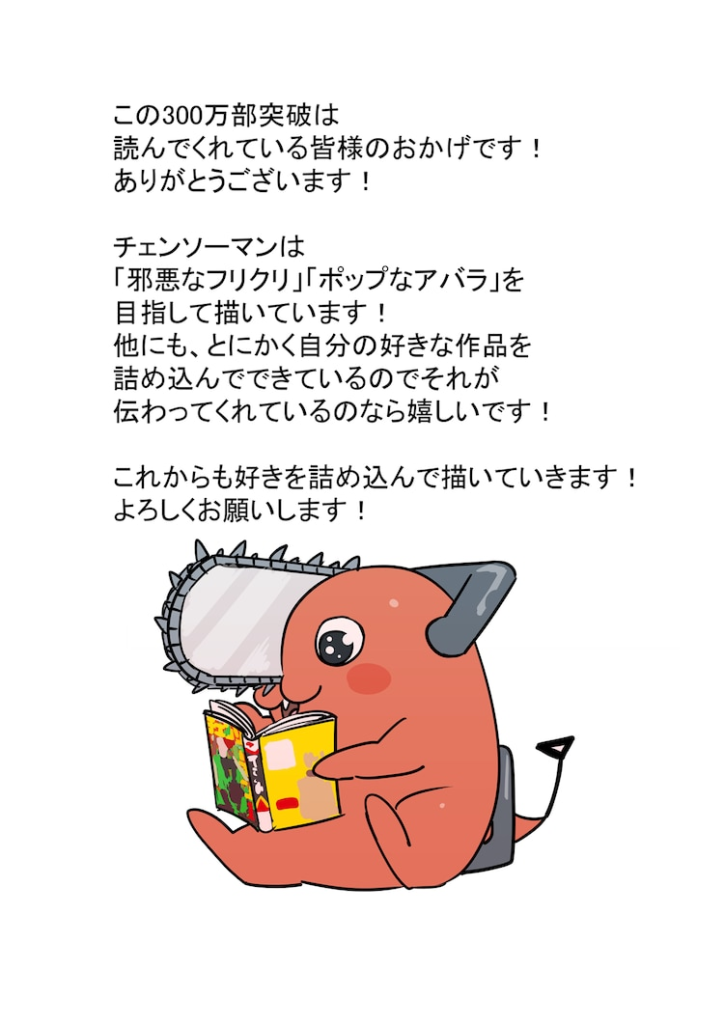 Tatsuki Fujimoto also had something to say to mark Chainsaw Man’s latest sales milestone. In the above comment, he thanked fans for their continued support and said that he intends Chainsaw Man to be an “evil FLCL” and a “pop Abara”. The former, of course, refers to Gainax and Production I.G.’s legendary OVA series, while the latter is a reference to a manga by Tsutomu Nihei, author of Biomega and BLAME!. Those are some interesting influences indeed.

Chainsaw Man’s latest sales figures are certainly nothing to be sniffed at, especially given that the series has only been in serialization for about a year and a half. Even so, the disparity between it and Jujutsu Kaisen should be enough to highlight that this series isn’t going to be the type of mainstream blockbuster hit that some fans are hoping for – Chainsaw Man’s appeal has always lay in the pulp and the offbeat, and that’s not necessarily a bad thing.