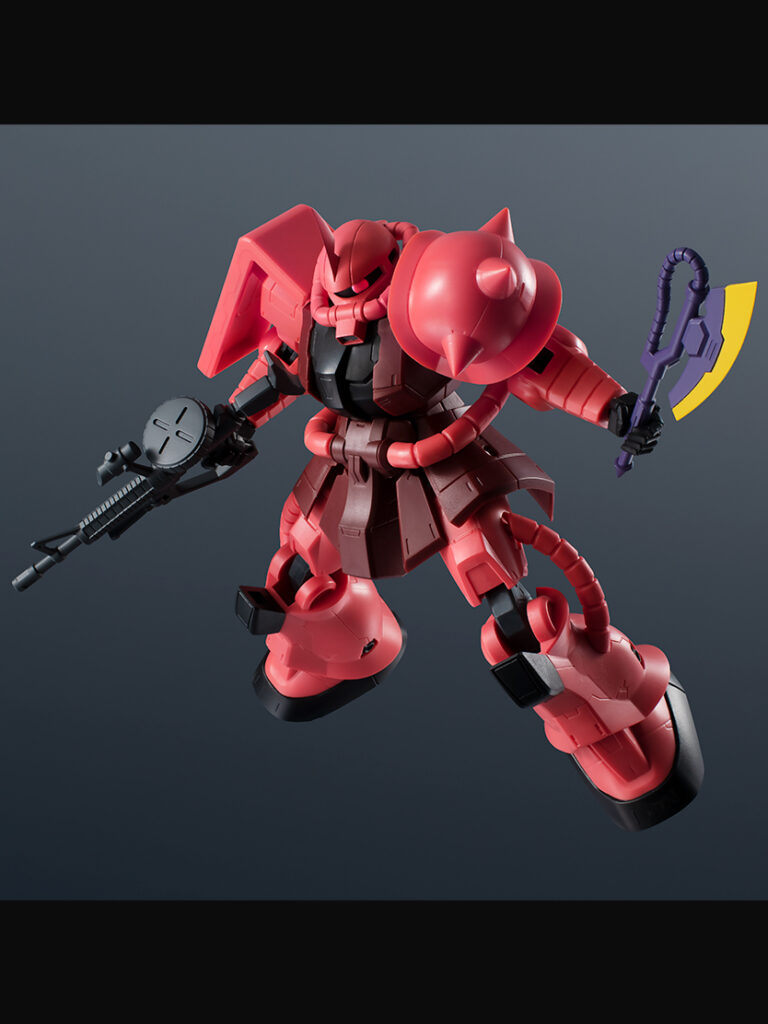 If you’re a fan of Char Aznable, check out this new action figure featuring the Red Comet’s Zaku II.

The extremely red custom mobile suit, officially named MS-06S Char’s Zaku II, is probably about as iconic as the heroic RX-78-2 from Mobile Suit Gundam. Although, admittedly, they haven’t made a moving, full-size version of it yet. (There have been some large Zaku II models built, including a one-third scale one in Hong Kong. None of them are designed to move.)

In any case, while this action figure isn’t several meters tall, it is very poseable. So, if you already have a Gundam (sold separately), you can have the Zeon commander face off against it in battle. Or aim the Zaku II’s big machine gun or heat hawk menacingly. Both of these weapons come with the figure.

You can even move the mecha’s red mono-eye, so Char will ‘look’ in the right direction. (Technically, that’s not quite accurate, but it feels visually correct.) 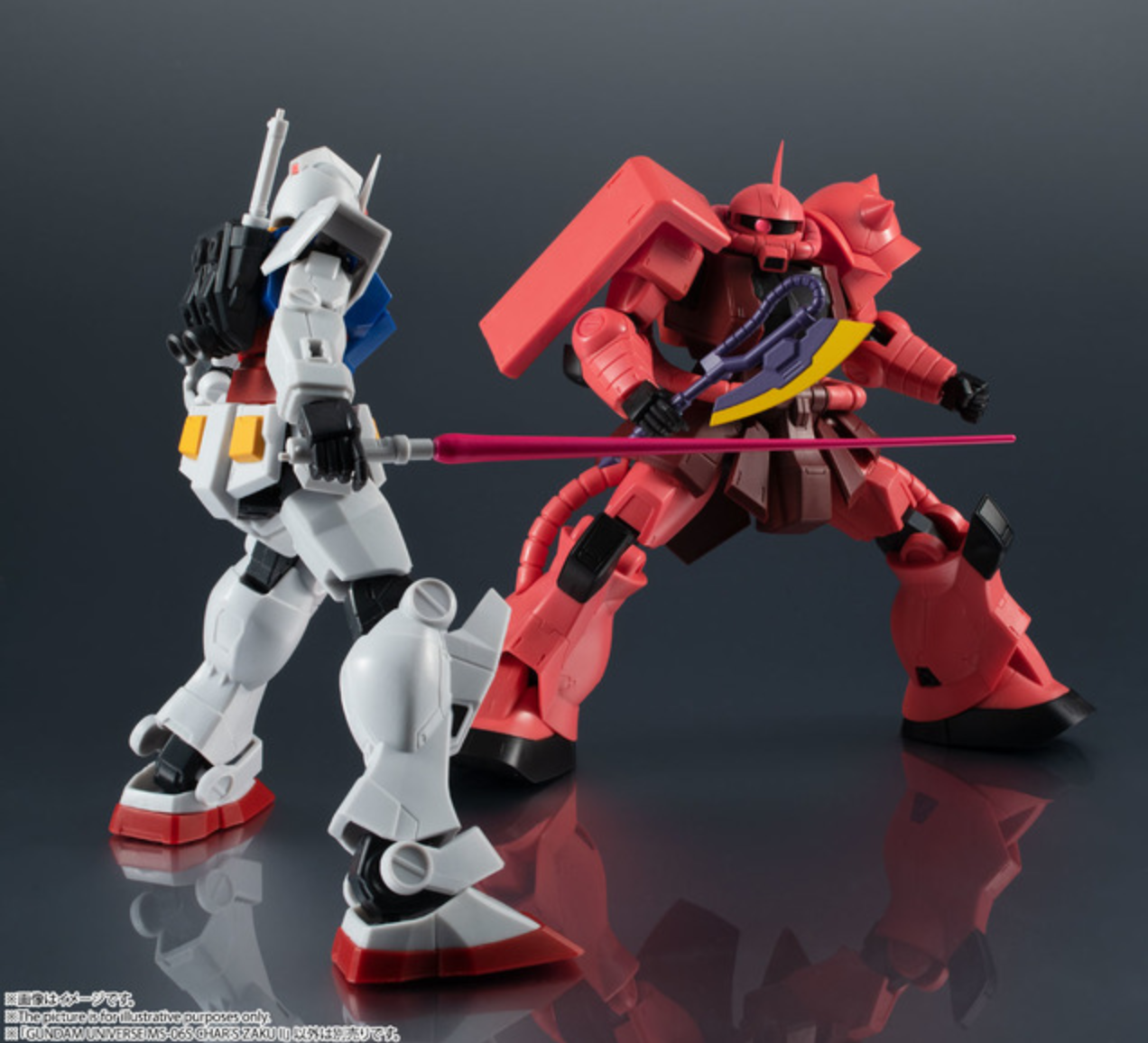 Surprisingly, out of 14 mecha in the Gundam Universe line so far, this is the first one to represent the Principality of Zeon. The other figures to arrive in May will be the XXXG-01SR Gundam Sandrock, and the RX-93 Gundam. 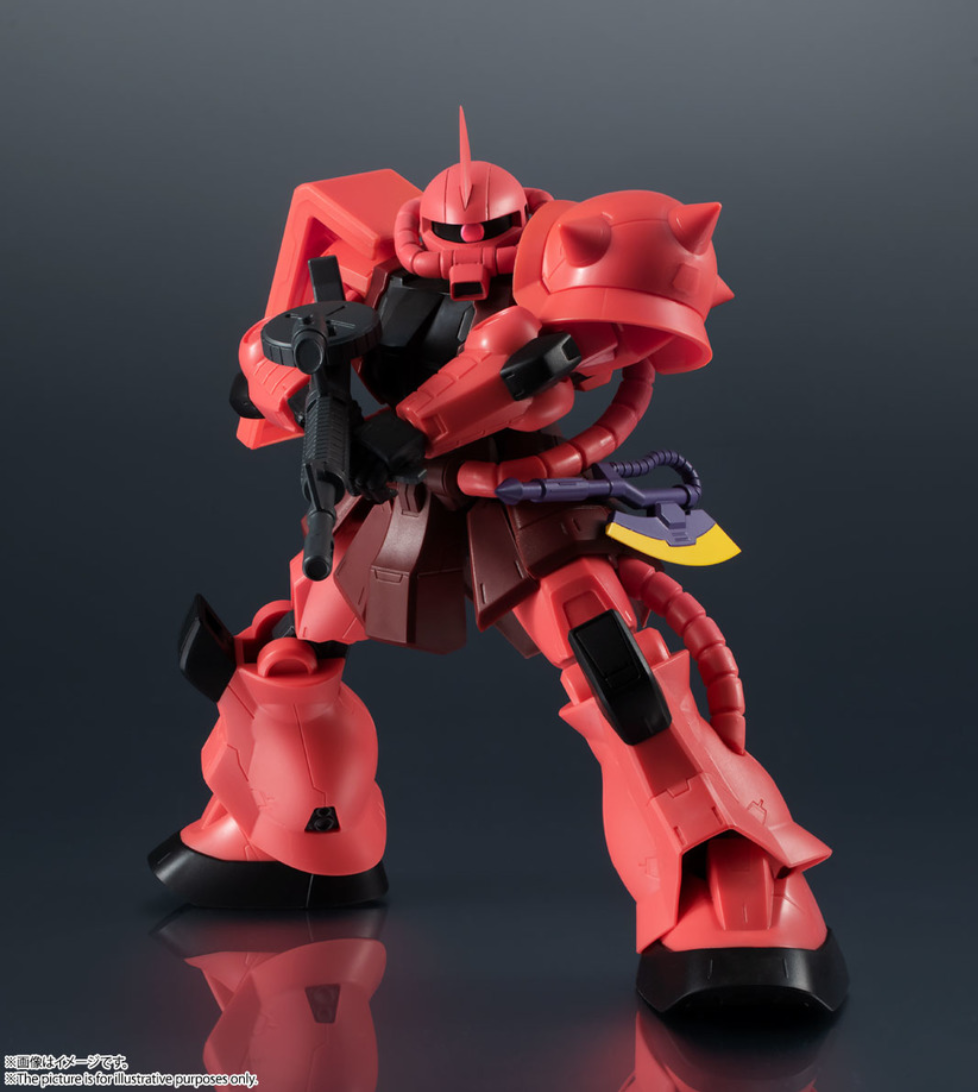