Chara and YUKI Come Together For “Tanoshii Kenobi” 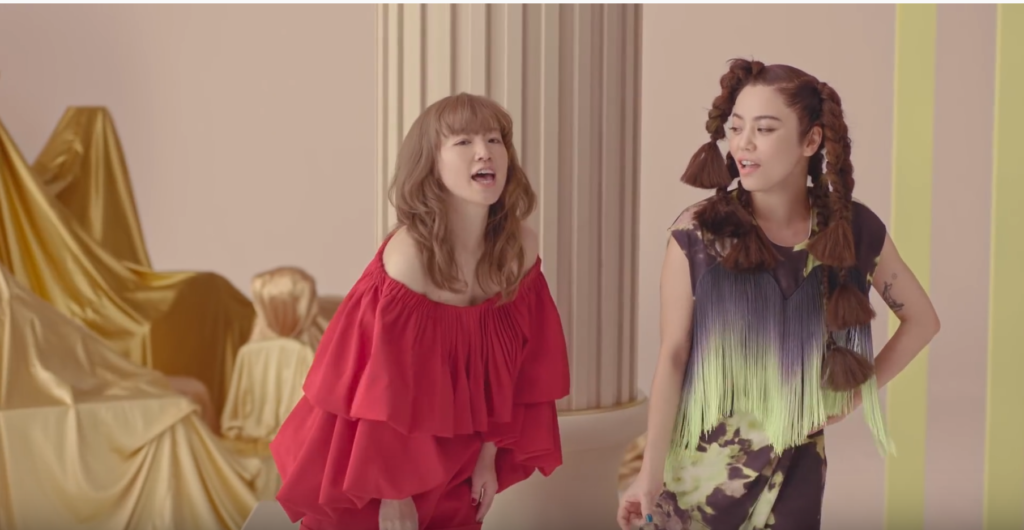 Pop culture inevitably takes time to look back, and even artists who have spent decades navigating the streams of what constitutes “now” eventually stop to peer backward a bit. J-pop mainstays Chara and YUKI came together for a collaborative single back in 1999, the industry’s economic crest and a time when a twinkly ballad ruptured by drum ‘n’ bass machine beats could be a hit. Since then, both creators have hopped around different styles and kept up with current trends. They wanted to be part of the moment, even if they always felt just a bit on the outskirts of it.

A little over 20 years later (and, to be fair, a few run-ins on one another’s albums), Chara and YUKI have come back together for a new mini-album out in mid-February, with the lead cut “Tanoshii Kenobi” getting the video treatment late last week. Watch and listen below.

Perhaps the greater J-pop environment was reflecting on the past more than Chara and YUKI trying to relive the last weeks of the 20th century. Singer-songwriter TENDRE handles the composition and arrangement of “Tanoshii Kenobi,” and the general sound of the song reflects the recent boom in easy-breezy funk-pop pushed forward by the likes of Suchmos and Lucky Tapes (a Chara collaborator, natch).  TENDRE represents the late-period of this development, and “Tanoshii” sways forward with plenty of space to go around. It’s a throwback presented as of the moment.

It also ends up being just the right backdrop for Chara and YUKI to flex their vocal skills. Whereas regular TENDRE offerings can feel a bit anonymous, “Tanoshii” spotlights two of the more stand-out vocal deliveries in J-pop history, allowing both to show off their whispery side and eventually letting them roll together to take the song to a lively final portion. Rather than sound too lazy, the pair transform what could have been terminally chill into something fun, and one of 2020’s first real Japanese highlights. It’s the sort of thing that would sound good at any time.

Yuki Comes Out With Darkly Ornate MV for ‘My Lovely Ghost’