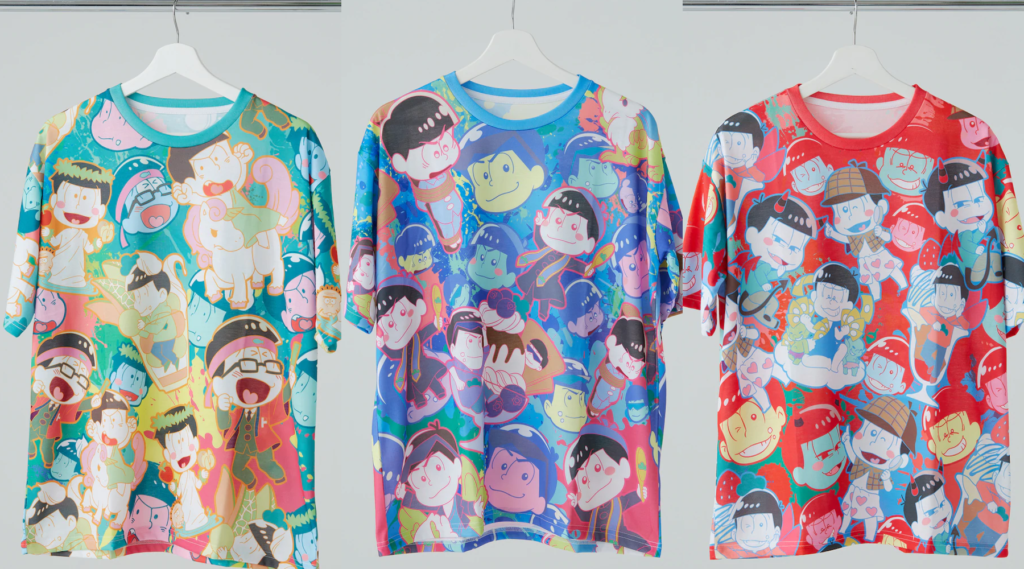 The audacious Osomatsu-san has come a long way since its humble beginnings in 2015. Technically speaking, the cult hit comedy anime had its origins rooted in 1962 when the original Osomatsu-Kun by gag manga legend Fujio Akatsuka first went to print. Of course, this modern anime is an incredibly loose adaptation of that comic but it remains true to its spirit that’s kept going strong for nearly 60 years now. Osomatsu-san itself is currently airing its third season, and there was a movie made in between the last and current season. While merchandise for such a beloved show is nearly guaranteed, these Osomatsu shirts in particular charm us! 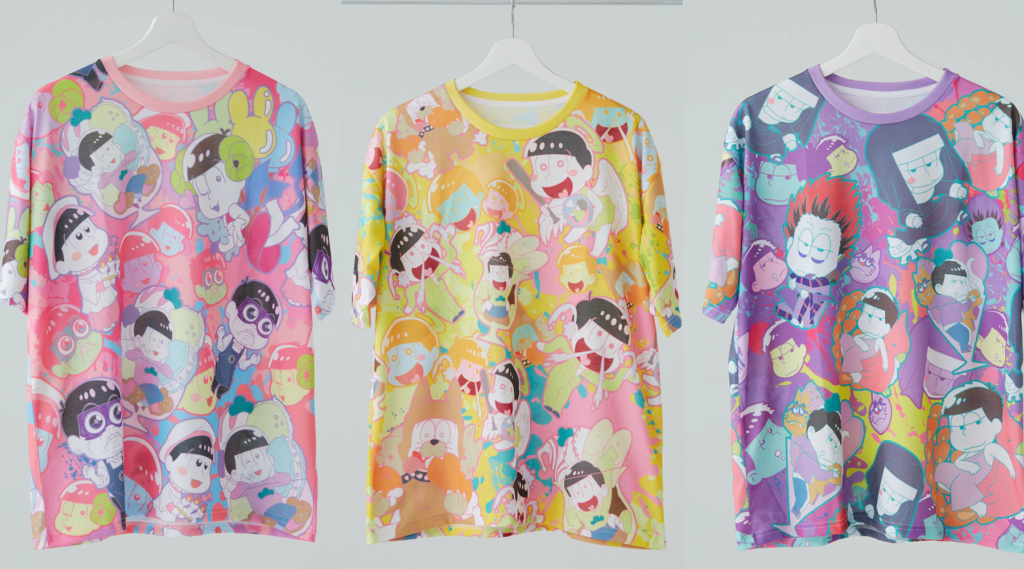 These Osomatsu shirts made by Chara-Ani are bursting with as much life, color, and personality as the Osomatsu-San TV series itself. They come in six varieties, naturally, one for each brother, meaning you have options whether you want to rep your favorite brother or just sport a particular color. Retailing for just under 50 bucks, these aren’t the cheapest t-shirts around but you’re getting a lot of bang for that buck. Obviously these t-shirts aren’t subtle, but they’ll help make a perfect entrance for when we’re finally able to go back to anime conventions in 2022 where I’m sure we’ll all try to be as loud as possible. 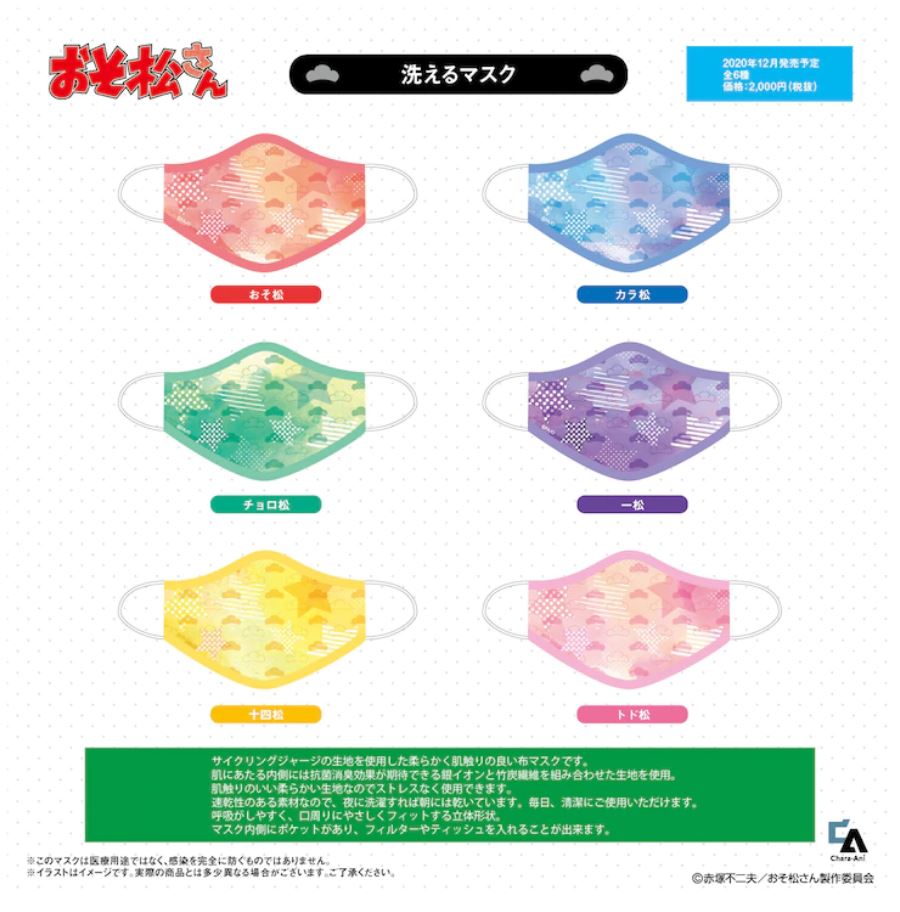 In case you will be feeling brave enough to return to an anime con in the next few years, Chara-Ani has whipped up Osomatsu masks to go with your Osomatsu shirts. These are retailing for about 20, so also not so cheap, but you’ll be rolling through those Anime Expo doors with the most coordinated weeb fit of the mid-decade when it opens back up. Now, these aren’t the only good Osomatsu-San shirts we’ve ever seen but it has been a while since the series has had such good wearable representation.

You can watch Osomatsu-San season 3 on Crunchyroll.