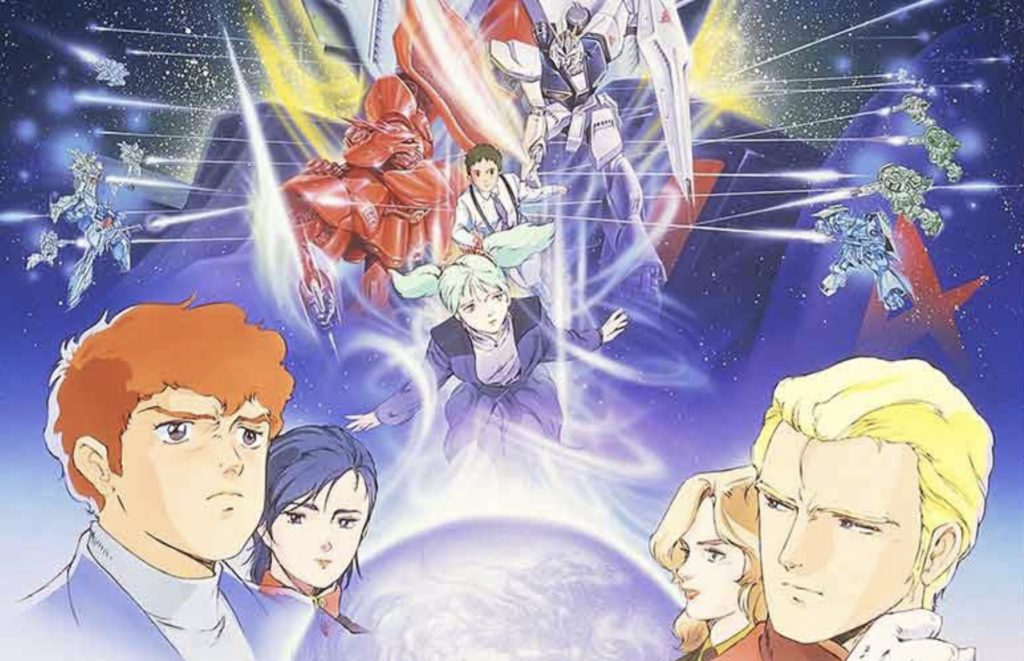 When it was recently announced that Crunchyroll would be launching a merchandising line with the Mobile Suit Gundam franchise, I noted how it was a natural next step following the recent steps taken to help push the anime to Western audiences in recent years. Recent years have seen a concerted effort to reintroduce the franchise to fans around the world and increase its popularity outside of Japan. One welcome part of this recent media blitz on the international, and in particular the US, market is the wide availability of legacy titles within the franchise’s illustrious history, going all the way back to the original anime production from 1979. In celebration of this original production’s 40th anniversary, the movie which follows on from the series, Mobile Suit Gundam: Char’s Counterattack, will make a return to cinemas next week on December 5th.

This is a fitting movie to celebrate the franchise’s 40th anniversary for multiple reasons. While recent series have mostly remained independent of each other while holding a place within the wider Gundam chronology, telling their own original self-contained stories, at first the Mobile Suit Gundam franchise told an epic tale of the rivalry between Amuro Ray and Char Aznable which found its eventual conclusion within Char’s Counterattack. What better way to celebrate the 40th anniversary than a movie concluding the story set up in the franchise-spawning anime. Not only that, while compilation films for the previous series existed, this was the first original movie in the franchise.

The plans for this screening, handled by Fathom Events on behalf of Right Stuf Anime, are for subtitled screenings to take place for one night only on December 5th. For lucky fans attending, not only will they have the rare opportunity to catch this anime on the big screen but they will also be treated to a pre-recorded special interview with franchise creator Yoshiyuki Tomino and a commemorative poster to coincide with the screening. For fans of the franchise and even those with only a passing curiosity about the series, this seems like a screening that you won’t want to miss.

If you want to see Mobile Suit Gundam: Char’s Counterattack on the big screen, cinema tickets are available now in limited quantities for the one-night-only event on December 5th. You can find full details for the event over on the Fathom Events website.