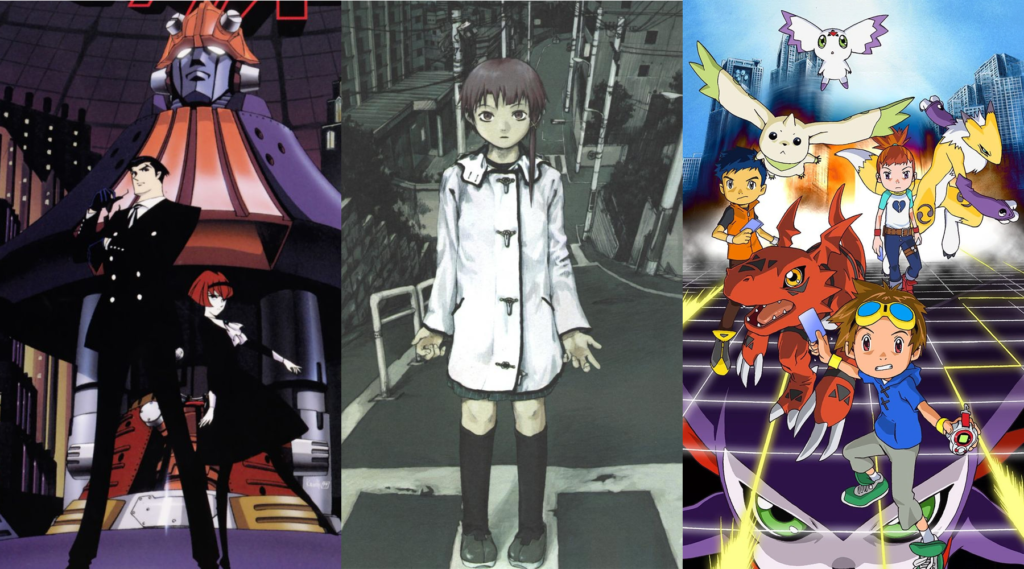 You watch one anime, then five, blast through another ten, and suddenly you’re 100 shows deep and your boss wants to know why you haven’t come to work for three weeks. Somewhere amidst all that cartoon bliss, the art started to morph into faceless entertainment, and you forgot that all the ‘Japan stuff’ you are enjoying was created by people. Tens of thousands of real people.

Even the most hoe-hum of shows only exist thanks to unfathomable amounts of hard work and sleepless nights sacrificed for your enjoyment. Most of these creators, and they’re all creators, end up one of many names on a passing sheet of credits you’re probably skipping.

OTAQUEST doesn’t want you to skip the credits, even if our approach is a bit indirect. Unless you consider anime a complete disposable ‘product’, you owe it to those creators and to yourself to do the homework.

Scriptwriters, in particular, get easily forgotten, so in our first Creator Spotlight, we’re introducing you to one of the all-timers: writer and novelist Mr. Chiaki J. Konaka.

Chiaki J. Konaka freely admits to loving H.P. Lovecraft, and probably entertains the idea of himself being a Lovecraft disciple, despite being born well after the death of the notorious horror-prose pioneer. When not writing anime or, more recently, modern Ultraman iterations, he’s been known to draw upon Cthuhlu for a short-story or two.

Heck, before his personal golden-era of anime-composing, he penned the scripts for a Japanese television adaptation of the classic Lovecraft short The Shadow over Innsmouth. Not a full backstory, but knowing about his lifelong dedication to this horror tradition reveals his obsession with the eerie found in most of his standout series.

Alice In Wonderland writer Lewis Carrol was also a big influence on Konaka, but outside classic literature, he developed a taste for the more groundbreaking Hollywood films of his teenage years, like Taxi Driver and Videodrome. In his own words, he was ‘born with Astro Boy’.

Keeping wide swaths of art in his pocket, Konaka set out to write without specifically curtailing to one medium. With everything from modern tokusatsu, hard science fiction novels, and a whole load of great anime to his name, he’s succeeded in a diverse career.

Eternally Ethereal, Eerie, and Engaging: You Know A Konaka Script When You See One.

Aside from the likes of Air Gear, Chiaki J. Konaka brought his horror background to the brunt of his scripts, even when working on kids’ shows. The best of his filmography embodies Konaka’s need to explore deep folds of the mind and features a pacing that allows for meditation and ambiance. Not to say he wasn’t versatile: His childhood came around full-circle when he was penning scripts for the 2003 iteration of Astro Boy.

Chiaki’ greatest works make you question your own reality, as his characters teeter on the edge of sanity, often rightfully so ala In The Mountain Of Madness. His not approaching anime scripts any differently than TV or film, as he puts it, results in a catalog that breaks your brain like his beloved Videodrome.

With a pedigree like this, you can only imagine how his version of Go Nagai’s Devilman went down in the criminally overlooked The Devil Lady.

Chiaki J. Konaka took what he learned from Lovecraft and TV writing and rung out a series of shows that would define the creeping philosophical side of anime around the turn of the Millenium. They always had the ‘vibe’ we detailed above, which is why I’ll always prefer the Konaka-penned Hellsing over the manga accurate Hellsing Ultimate, but what still surprises us is how Konaka could surgically apply his aesthetics to myriad genres and stories.

Take these three stories, exemplary of the Konaka flavor, yet each entirely unique.

We’ve had some good anime with robots pop up over the past 20 years, but who knew that by grabbing elements from Batman The Animated Series and Tetsujin 28 alike, Chiaki J. Konaka would synthesize the last great traditional mecha anime: foggy and atmospheric, yet true to the Super Robot flavors doused out by Mazinger Z in the truly olden days.

Intentional or not, this giant robot named Big O, piloted by the show’s Bruce Wayne stand-in, and Paradigm City, where the whole story takes place, mirrors the Cthuhlu / Lovecraftian mythos quite a bit. These barely understood mecha come from an unknown past, like Elder Gods, and that unease creeps into every aspect of Paradigm City, like any good Lovecraft town. Add in a deadpan, though undoubtedly charming, android into the mix and you have the final 90s anime banger.

On its face, giving ‘The Cthuhlu Guy’ a kids show seems like a recipe for a lot of future psychiatry visits, but Chiaki J. Konaka ended up delivering potentially the most ambitious kids anime ever. Chiaki was offered Digimon after doing some piecemeal work on Adventure 02, and specifically asked to infuse some Lovecraft into it. What he came up with was a more real-world take on the Digital Monster phenomenon.

Bouncing questions around like ‘If you had a pet monster where would you keep it’ and ‘Hows an elementary school student going to stave off the secret government organization tracking them for having an otherworldly pet monster’, Konaka’s touch of realism results in some unavoidable questions: What kind of psychological damage would Ash, Misty, and Brock have if they were three-dimensional?

To write the seminal and prophetic Serial Experiments Lain, Chiaki J. Konaka scribed out a ‘horror story’ like any he’d create and then started to change elements that didn’t fit with the intended tone of the anime. He had done some work on the rare Playstation 1 game, which actually predates the animation, and fettered over the show’s lack of monsters and mechanics.

Lain’s 20+ years of Cult status (not to mention a collective staff fave) indicate he needn’t have worried; The story may not be incorporating any of the Elder-God imagery often associated with Lovecraft, but Konaka’s predictive visions of the break-down between the internet and our consciousness (you been on Twitter?) as it happens to young Lain Iwakura make Serial Experiments Lain one of the most haunting works of narrative animation out there.

Unfortunately, Konaka’s largely been absent from anime and Ultraman from the 2010s on. He’s done some novel writing that hasn’t been translated to English, and has a semi-active Twitter with some English to be found.

Staying out of the public eye and claiming to be ‘inactive’, one hopes someday he’ll return to give some much-needed introspection on today’s wild times. If Yoshitoshi ABe’s Despera ever does happen, he’ll be involved, but don’t count on it.