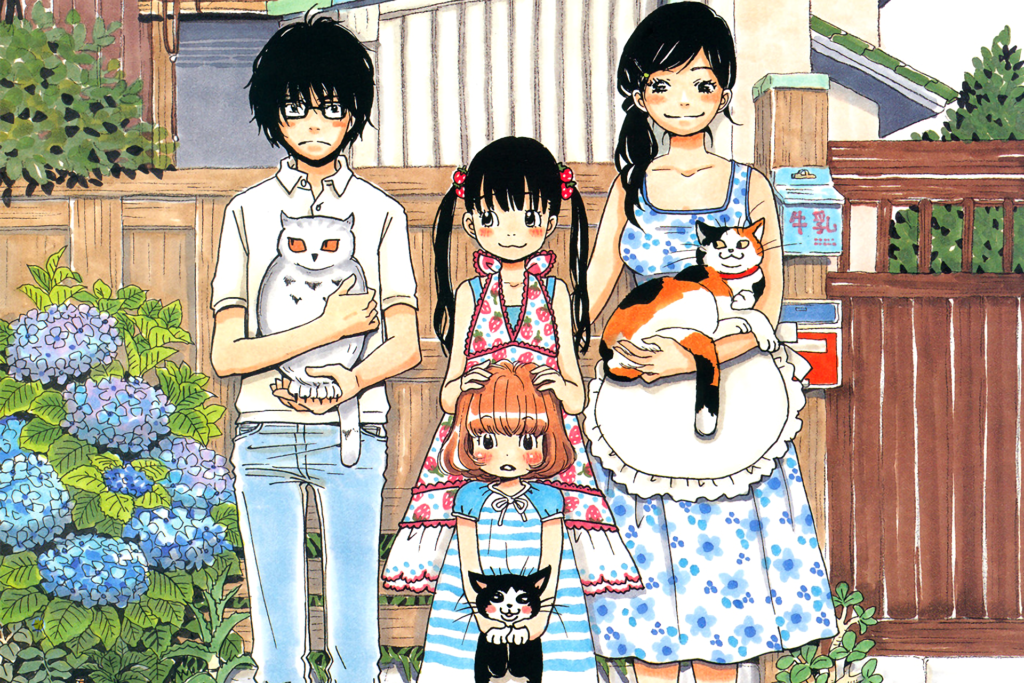 Denpa, LLC announced on Friday, 5 March 2021 that they’ve licensed Chica Umino’s award-winning manga series March Comes in Like a Lion for an English release. The first volume is slated to be published sometime in Summer 2022.

The romantic drama series was first serialized in Hakusensha’s semi-monthly magazine Young Animal in July 2007 and has currently compiled 15 manga volumes. It won the fourth Manga Taisho award in 2011, the 35th Kodansha Manga Award, and the prestigious Tezuka Osamu Grand Prize in 2014.

March Comes in Like a Lion also inspired two critically acclaimed 22-episode anime adaptations by SHAFT, with the first season running from 2016 to 2017 and a second season from 2017 to 2018. Both seasons can be streamed on Crunchyroll, and Aniplex of America handled home video release of the series.

In addition to the anime, the series also received a two-part 2017 live action film starring Your Name’s Ryunosuke Kamiki as Rei.

We’ve known about this since January but decided to wait until this month to announce that we have acquired @CHICAUMINO ‘s MARCH COMES IN LIKE A LION.

The story follows young shogi prodigy Rei Kiriyama who lives alone after the tragic death of his parents and younger sister. Distancing himself from his foster family, he meets the three sisters of the Kawamoto family (Akari, Hinata, and Momo) who feed him dinner at every chance they get. As he gets to know the family more, Rei gradually builds his maturity and personal growth, having to come to terms with relationships of the past and the present.

Denpa licensing this manga series is a great move because of how well the anime series was received a few years back. It opens up the opportunity for more shojo artists and works to be released in the West and diversify the amount of published manga in the marketplace now. They’re a burgeoning manga publication that’s getting more high profile titles every year.

I’m excited to see what they have in store next and how different reading the original manga compares to watching just the anime. The cherry on top was that they held off on announcing their license until March rolled in.

Aside from the March Comes in Like a Lion manga, Chica Umino is also known as the creator of Honey and Clover, which was licensed by Viz Media for their Shojo Beat imprint in 2007. The series inspired an anime adaptation with the first season running for 24 episodes in 2005 and another season at 12 episodes in 2006. Umino also handled character designs for the 2009 original anime series Eden of the East.

March Comes in Like a Lion is an Unexpected Sensation