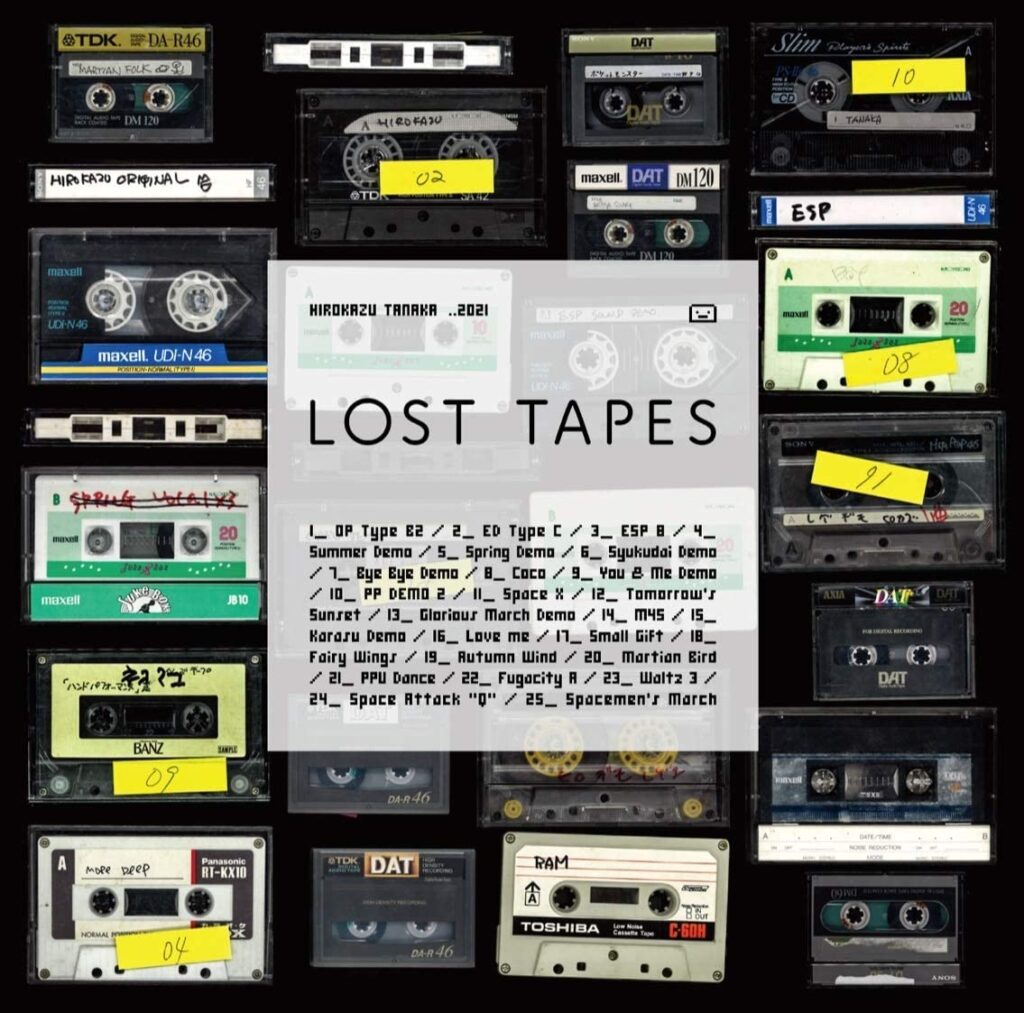 The composer and chiptune pioneer created soundtracks for many familiar video games, including Donkey Kong, Mario Bros., Metroid, and Mother. In addition, he composed the first Japanese theme song for the original Pokémon anime series.

On 24 March, he will release a new CD, Lost Tapes. The new album will feature ‘demo tape’ versions of 25 songs, mostly from video games of the 1980s and 1990s. It will also include an early recording of the theme song ‘Aim to Be a Pokémon Master’.

The album cover is clever; it features a lot of cassette tapes, which presumably these demos were recorded on. Speaking of cassettes, people who buy from Disk Union will also receive a ‘secret cassette tape’ with two extra recordings (while supplies last). You can also get the CD from Amazon Japan, but you won’t get the extras that way. The Disk Union version will cost 2,915 yen with tax.

Either way, the CD comes with a booklet featuring an interview between musician Yusuke Sato and Chip Tanaka. Sato curated the album.