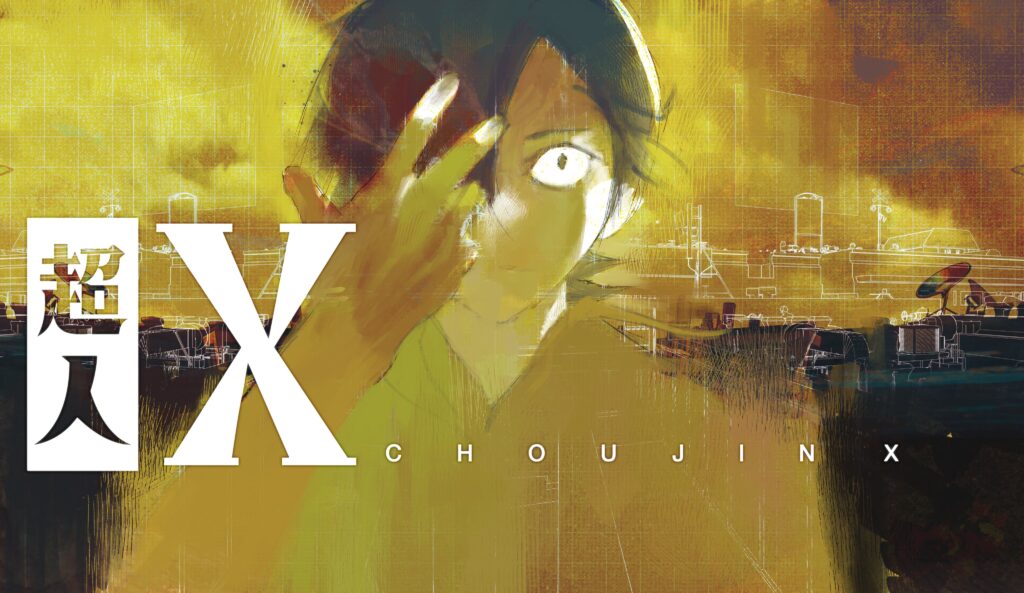 Surprise! After much speculation and lots of teasing, chapter 1 of Sui Ishida’s new series Choujin X is finally here. Only, unlike his previous work Tokyo Ghoul, this isn’t being published on a weekly basis: instead, it’ll be updated at Ishida’s own pace.

Taking to Twitter, the author explained that ‘I want to try and do all of the backgrounds and finishing touches by myself this time around, so it’ll be updated when I can’. As a result, Choujin X isn’t actually being serialized in Young Jump like all of Ishida’s other works: instead, it’s on the online manga service Tonari no Young Jump. Presumably, this is because it wouldn’t fit into the magazine’s weekly schedule. 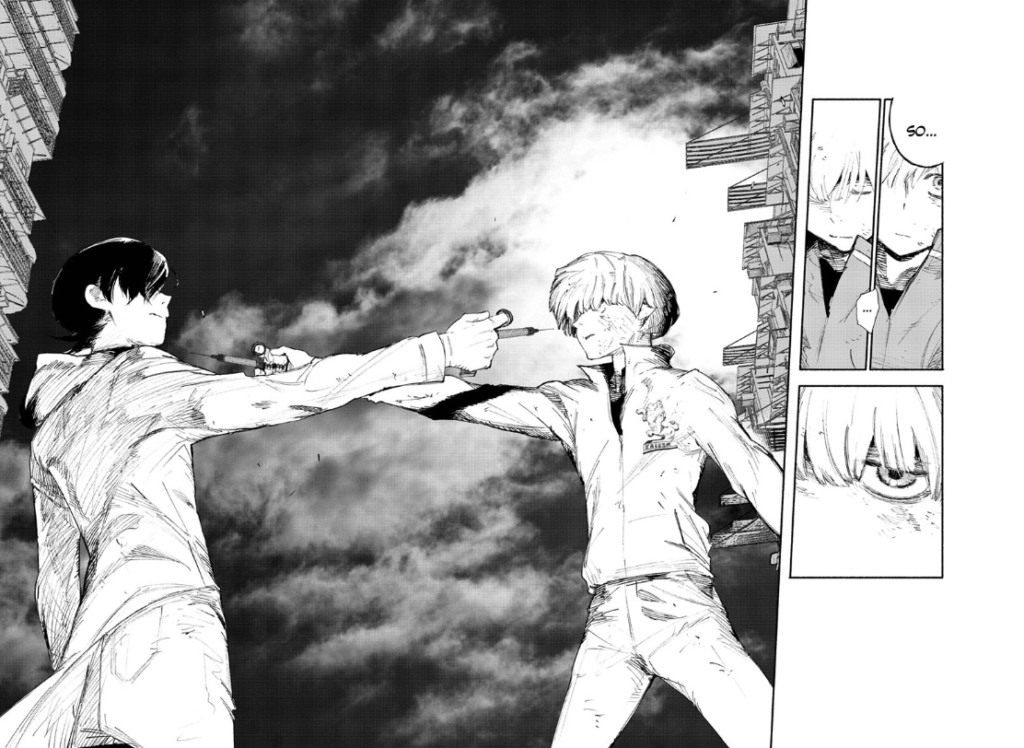 Certainly, Ishida has enough star power to negotiate such a favorable set of work conditions, and Choujin X chapter 1 has all the hallmarks of a master storyteller. While it’s not as immediately compelling as Tokyo Ghoul’s opening chapter (who can forget the date with Rize?) it boasts incredibly strong art, striking panel composition, and an interesting set of main characters. Where the series goes from here will be fascinating to see, especially given the relative freedom afforded to the author.

Last time we heard, Choujin X was still in its development phase, and there was nothing leading up to chapter 1’s release apart from a logo reveal on 8 May to suggest that it would be coming any time soon. Hence the big surprise.

Nevertheless, VIZ Media even managed to secure a translation ahead of time to release alongside the Japanese version, so it’s clear that this was all intentional. If Choujin X chapter 1’s surprise release was meant to drum up even more hype and conversation, then I suppose it worked!

Choujin X will release on an irregular basis via Tonari no Young Jump. You can read it in English via VIZ Media.