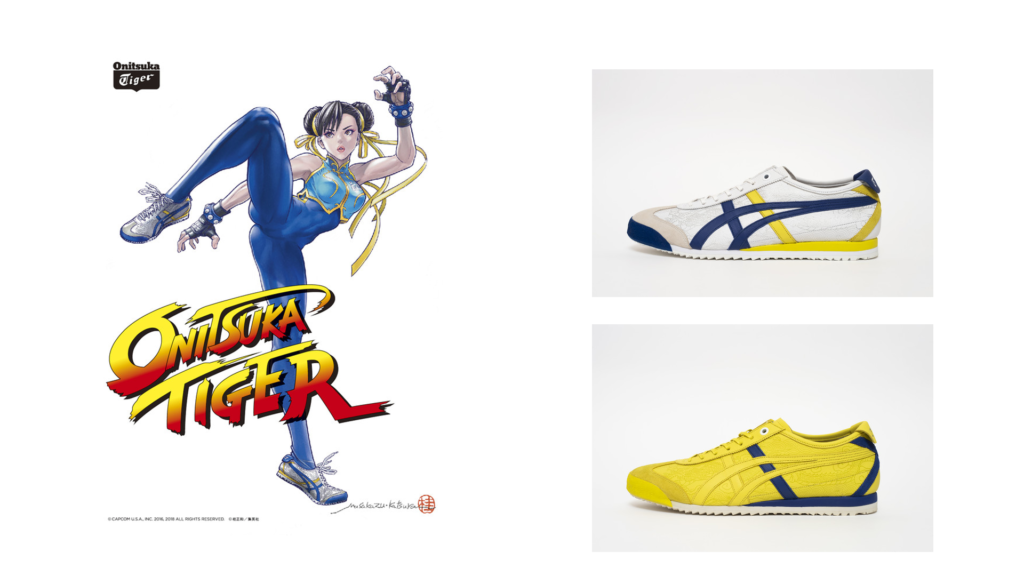 Where on the Venn diagram does the culture of sneakers and gaming exist? I’d venture to guess somewhere pretty close to the middle, actually. These last few years have brought us all sorts of unique sneaker collaborations from the worlds of anime and video games. There’s the One Piece Sketchers, the JoJo’s Bizarre Adventure Vans, the Pokémon Adidas, the Sonic Pumas; the list could go on and on and on. The latest offering in the world of nerd sneaker crossovers is these admittedly neat Chun-Li Onitsuka Tigers. Capcom has teamed up with Asics to bring us not one but two different designers, perfect to rep your favorite Street Fighter. 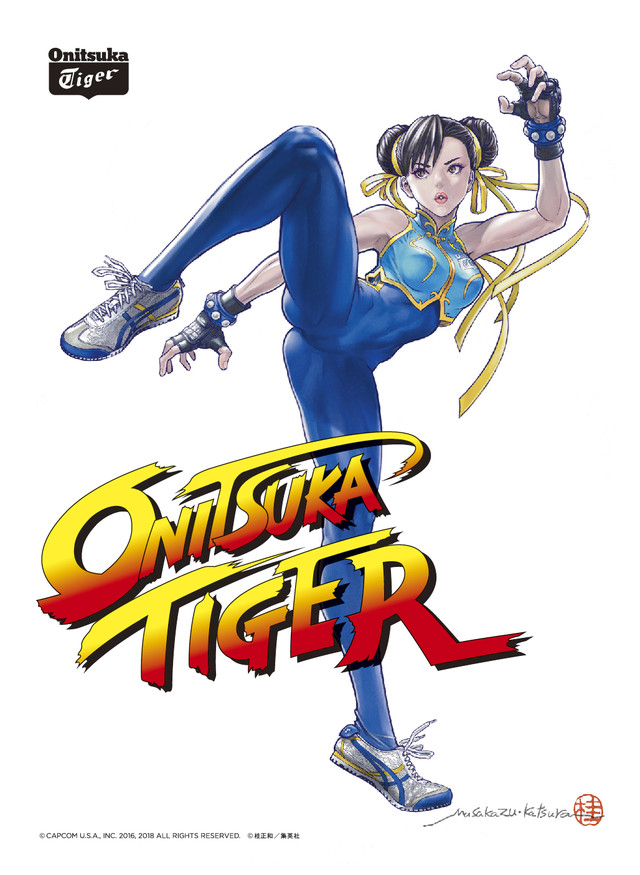 Both pairs of the Chun-Li inspired Onitsuka Tigers by Asics are based off the beloved Mexico 66 SD design. One of the designs features a white base with navy blue and golden yellow straps. The other, a golden yellow base with straps of the same color with addition navy blue ones. The Onitsuka Tiger logo and the Street Fighter logo will adorn the back flap of these sneakers. I’m a bigger fan of the white design simply because they’ll provide more versatility with different outfits but I know some of you are brave enough to take on M. Bison with these yellow kicks. However, only 5,000 will be available. 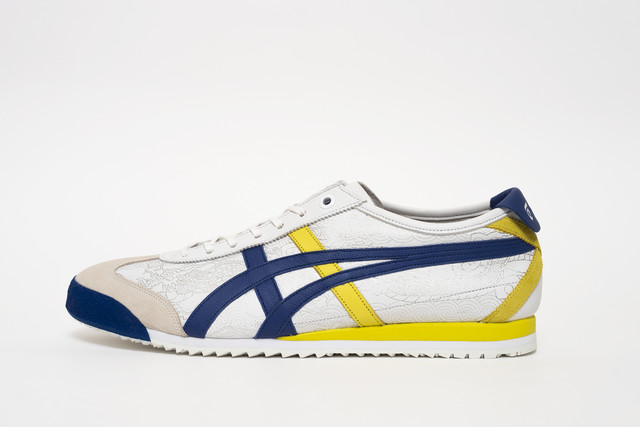 The sneakers are relatively expensive at around $160 a pair. If you commit to buying these though, you’ll also get a code that will allow you to download an exclusive Onitsuka Tiger costume for Chun-Li in Street Fighter V Arcade Edition. A pair of sneakers for you and Chun-Li herself. Capcom’s and Asics pulling out all the stops for this collab. At Onitsuka Tiger stores in Omotesando, Shinjuku, and a few other areas, you can see on display exclusive illustrations by a number of famed artists, including the above by the legendary Masakazu Katsura.

Things didn’t stop there, however, with Onitsuka Tiger calling on Kyary Pamyu Pamyu to square off with Chun-Li in a flashy new advert filmed at the iconic Anata no Warehouse arcade in Kawasaki. Some definite “Kimi ga Iine Kuretara” music video vibes there.

Officially set to hit shelves on July 27, you can check out further information on the Chun-Li Onitsuka Tigers via the brand’s official website.

We’re beyond excited to be hosting Kyary Pamyu Pamyu for OTAQUEST LIVE at THE NOVO by Microsoft on July 3, 2019. If you’re yet to pick up your tickets, you’re setting yourself up to miss on one wild performance from Kyary, as well as everyone else involved. For those interested in further information, be sure to visit OTAQUEST LIVE’s official webpage.