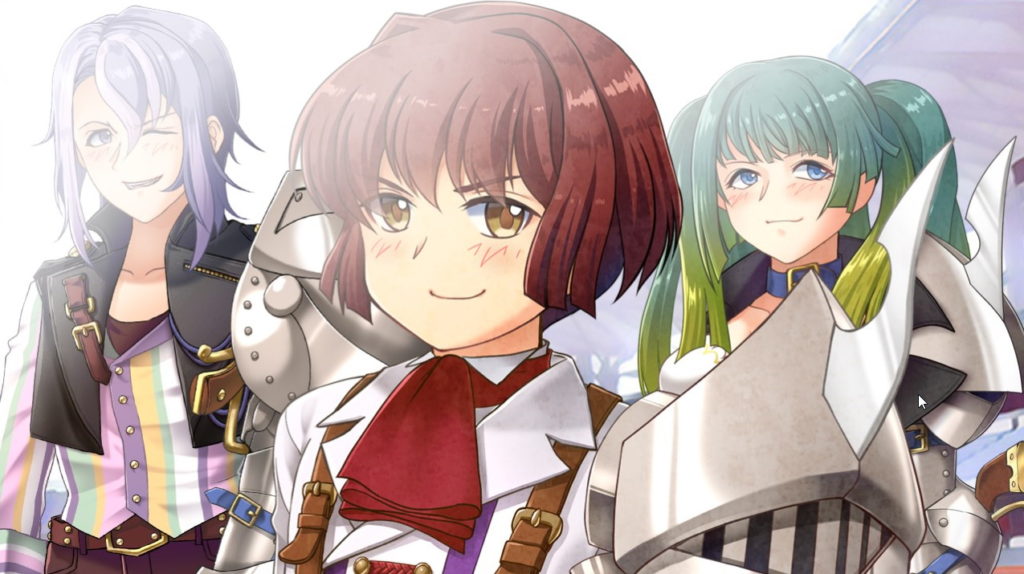 To a certain extent, Ciconia When They Cry Phase 1 was stuck between a rock and a hard place. On the one hand, going against the When They Cry’s mystery traditions was necessary, but this was also bound to anger fans who valued this important element of previous entries. I, too, was one of those people.

Nevertheless, I made it my mission to try and go into Ciconia phase 1 as neutral as possible, ready to judge it on its own merits. I figured that would be the best way to honor the hardships that series creator Ryukishi07 faced when creating this fifth entry into the When They Cry series, and would ultimately lead to a more positive experience. Not that I had to do much soul-searching, however – Ciconia phase 1 is pretty compelling in many different ways.

First off, all of the worries surrounding whether Ciconia would simply abandon mystery storytelling turned out to be largely unfounded. Indeed, most of Ciconia phase 1 is wrapped up in a massive mystery that’s far more far-reaching than anything the series has ever seen before.

Ciconia When They Cry takes place in an alternate future known as the ‘A3W’ world, where humanity has recovered from a disastrous nuclear World War III and reached new technological heights thanks to a powerful new fuel, Spiritium.

Even so, the political conundrums of the old world still remain. Despite the development of the super-powerful ‘Gauntlets’ that have created a military stalemate, much in the same way that nuclear weapons have in the current epoch, countries all around the globe squabble over territory, resources and ideological differences – some of which begin to set off a disastrous chain of events that seem to set humanity down the road towards World War IV.

Standing in the way of humanity and another disastrous war, however, are the Gauntlet Knights. These warriors of the future wield the aforementioned super-powerful ‘Gauntlets,’ which allows the wielder to fly through the sky like a bird, as well as wield enough weapons to make a battleship blush. They are ostensibly led by the hero of our story, Miyao Mitake. 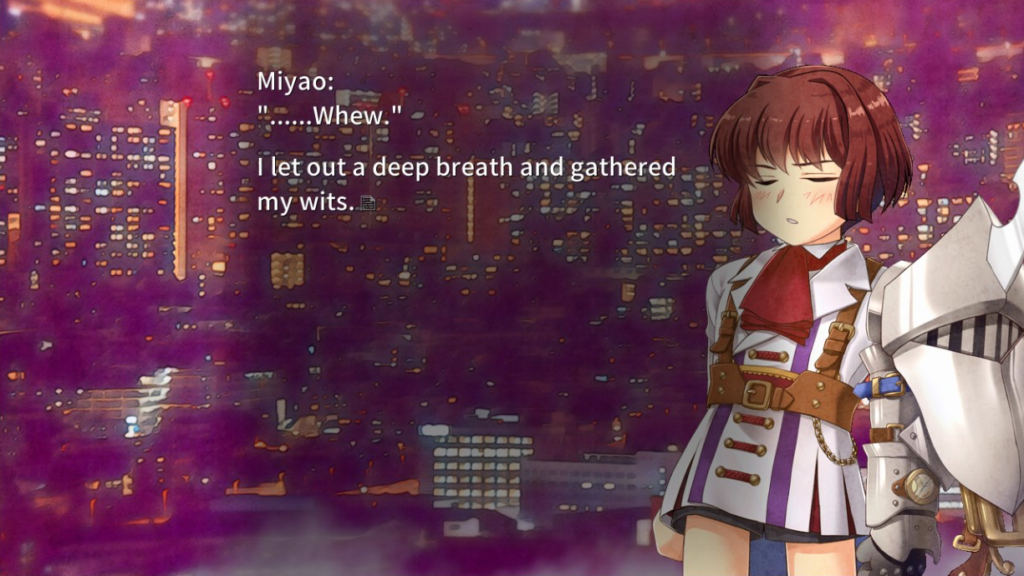 Miyao and all of the Gauntlet Knights are firm in their conviction to support the ‘Walls of Peace,’ in other words, to maintain a Gauntlet-powered military scalemate and prevent an all-out world war. Throughout the course of Ciconia phase 1, however, they find themselves clashing against a shadowy force that is seemingly conspiring to end humanity – agents of which might be closer than they seem…

It’s this conspiratorial nature that gives Ciconia phase 1 plenty of mystery bite. It’s just that, instead of an isolated murder mystery like we’ve seen in both Higurashi and Umineko, series creator Ryukishi07 has instead opted for a more global scale – setting up an international conspiracy that takes place all over the world.

Ryukishi has also tasked himself with building an entire fictional world from scratch in Ciconia When They Cry, once more distinct from the relatively contemporary settings of Higurashi and Umineko. Indeed, Ciconia phase 1 spends a lot of time on this world-building at the beginning, making for a world that is at once tangible as it is fantastic.

Another enormous task that Ryukishi faces up to in Ciconia phase 1 is the introduction and establishment of an enormous cast of international characters. There are no less than 26 Gauntlet Knights that the reader is tasked with knowing, along with a handful of other, non-superpowered characters.

It’s a good job that Ryukishi has already proven himself a compelling craftsmen of characters in his previous works, as any other writer would surely have buckled under the pressure of trying to get the reader interested in such a large amount of characters.

From this, it should be clear that Ciconia When They Cry is much more than just the fifth entry of the When They Cry series. Ryukishi is not content with resting on his laurels and the beloved nature of his previous work, but sets out to take the series to new heights by setting himself ambitious targets that he largely fulfils.

That’s also not even mentioning the fact that the story deals with such deep themes as the nature of warfare, the fatality of humanity, power and powerlessness, fate and conviction, the young versus the old – among other things. If ambitious storytelling is what you’re after, then Ciconia phase 1 has it in spades.

However, that’s not to say that Ciconia phase 1 is without flaws.

In fact, it’s precisely because of the massive, global scale of the story that phase 1 can meander from time to time without a clear purpose or structure, especially at the beginning where lots of expository dialogue is needed for world-building.

Furthermore, some characters are necessarily sidelined this time around to make room for the most important figures, these being Miyao, Lingji, Rethabile, and Stanisław.

Yet, it is important to remember that Ciconia phase 1 is just that – one episode out of a planned four, with series tradition also suggesting that another set of four might very well be possible. Problems of focus and character exploration can be solved later on, making the story as a whole possibly more consistent.

I’m also willing to forgive most of these flaws because of just how much of a testament Ciconia phase 1 is to Ryukishi07’s continued evolution as a creator – proving that breaking from tradition was definitely the right call.

As you’ve no doubt picked up on by now, Ciconia When They Cry features a large cast of characters drawn from all corners of the world – a first for the series, which has always taken Japan as its setting and (mostly) taken Japanese characters as its driving narrative forces. 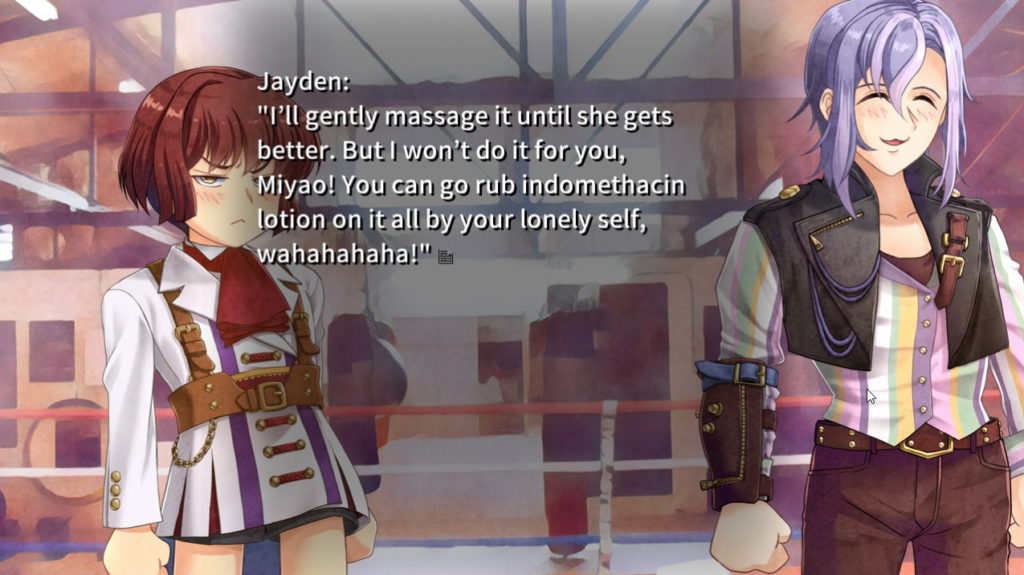 The Japanese ace pilot Miyao Mitake comfortably flirts with the self-proclaimed American ‘super genius’ Jayden, bathes with the Chinese wunderkid Liangji and the South African princess Rethabile, discusses philosophy with the stoic Polish pilot Stanisław and the mysterious French redhead Naomi – most countries and cultures are accounted for here, and there’s no sense of exocitism or othering here, either.

This offers a rare piece of international representation in Japanese media, especially as some characters proudly wear burqas and hijabs – the first time I’ve ever seen something of the sort in a visual novel. 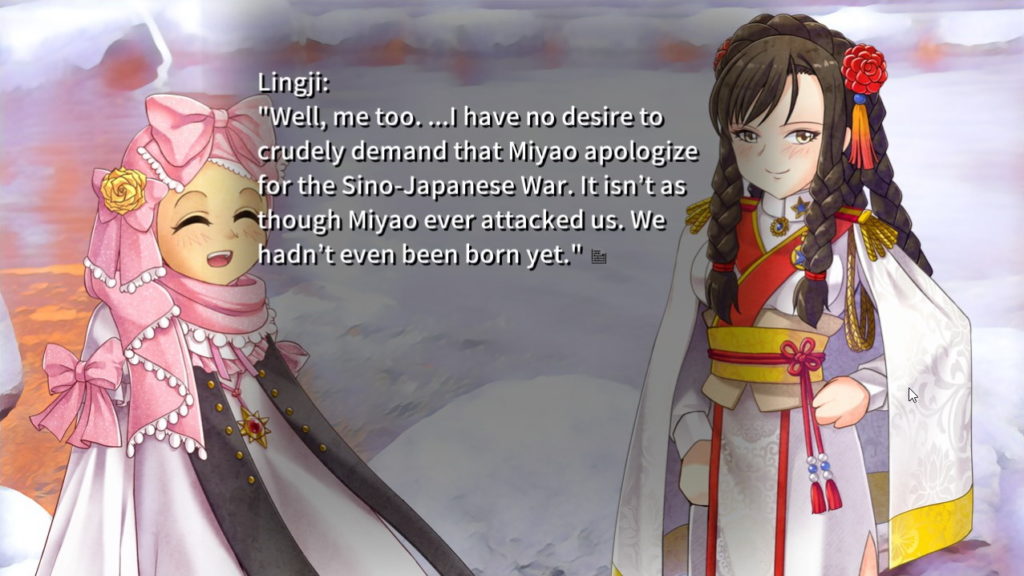 On a textual level, this is all because the fictional ‘A3W’ world has amalgamated into five distinct supranational unions – the AOU (Arctic Ocean Union); COU (Central Ocean Union); ABN (Abrahamic Brother Nations); ACR (Africa Commonwealth Realm); and LATO (Latin American Treaty Organization). Naturally, the world has become more international as a result. Yet, this also has a meta-textual explanation.

It’s no secret that 07thExpansion and When They Cry works have seen a massive explosion in popularity in the west over the past couple of years. This began with MangaGamer’s episodic release of Higurashi no Naku Koro ni Hou on Steam starting in 2015, and reached critical mass in 2018 with the long-awaited Steam release of Umineko and Umineko Chiru. Oh, and the fighting game.

Ryukishi07 is clearly aware of this fact, as he did reach out to MangaGamer and Witch Hunt during the development of Ciconia When They Cry to coordinate a simultaneous worldwide release for Ciconia phase 1. It wouldn’t surprise me, therefore, if he was also inspired by his newfound international popularity to make his stories more international, in turn – representing a big step forward for him as a writer.

Other outside factors have also clearly influenced Ryukishi’s writing as it appears in Ciconia phase 1. The International Battle Standard Festival of Peace enjoys clear parallels with the Olympics, which Japan is hosting next year, in terms of its geo-political significance that lingers behind the veneer of sportsmanship.

Japan’s current move towards militarization at the behest of Prime Minister Shinzo Abe also casts a heavy shadow on Ciconia’s consideration of whether a ‘healthy military balance’ is truly possible. Furthermore, the idea that ‘the young are the main characters of every era’ speaks directly against the rhetoric of some figures in Japanese society who blame the young for Japan’s current existential crisis of a low birth rate and a growing number of elderly citizens (koshikoureika).

All of these outside factors have pushed Ryukishi’s writing to a new, perhaps more poignant level in Ciconia phase 1 that far outstrips the vague philosophical musings of Umineko or Higurashi.

Nevertheless, the When They Cry series has always been an introspective one, with each entry seemingly looking back at the previous one, attempting to remedy its flaws- that’s why the concept of a ‘Question’ and ‘Answer’ arc has become so ubiquitous.

In this sense, Ciconia phase 1 is no different. The story’s far-flung global scope seems like a direct response to the purposefully restricted setting of Umineko, which seemed, in itself, a response to the flawed mystery of Higurashi. Indeed, the international cast might also be a response to the Japanese-centric casts of previous entries. But if there’s one clear example of iterative evolution, then it has to be the concept of ‘Kizuna.’

In the technologically advanced future of Ciconia’s A3W world, people can now install the operating system ‘Selcom’ into their brains, allowing them to operate a computer in their mind’s eye.

One of the most popular applications for Selcom is the instant messaging platform called ‘Kizuna,’ which obviously modelled after the mega-popular LINE with its ‘stamp’ graphics featuring the green frog mascot, Keropoyo.

Yet, this platform is far more advanced than what we’re used to today. Instead of just allowing users to exchange text messages, it also allows users to create virtual rooms where they can interact with each other through virtual avatars – think VRChat, but less cringy.

This not only allows the geographically isolated international cast to communicate with each other over the course of Ciconia phase 1, but also adds an interesting two-tiered narrative that takes the concept of the ‘meta’ world from Umineko to the next level.

At first, differentiating between the real world and the virtual world can be a bit of a headache, but it won’t be long before you’re completely used to it – just like the youth of the A3W world, who are able to do homework, watch TV and chat with their friends all at once without breaking a sweat.

This evolved two-tier Kizuna reality is what gives the ending of Ciconia phase 1 a real bite, as the characters attempt to escape from a crumbling, apocalyptic reality in the virtual world. Its both tragic and fascinating – leaving me with nothing but anticipation to dive into phase 2, whenever that may be.

There are still so many aspects to Ciconia phase 1 that are worth talking about, but I would be here forever. One of the biggest oversights of this review will probably be the massive graphical evolution that has come to the When They Cry series thanks to Ponscripter, which I already covered in my review of the Ciconia demo version.

If there’s anything to take away from this review, it’s that Ciconia phase 1 managed to convince me – a When They Cry purist who had nothing but anxiety going into the game. Its ambitious story and demonstration of Ryukishi07’s evolution as a writer were largely responsible for this, and I’m now utterly devoted to seeing how where this fantastic beginning to the saga ends up.

Ciconia When They Cry – Phase 1: For You, the Replaceable Ones is available to purchase via Steam.