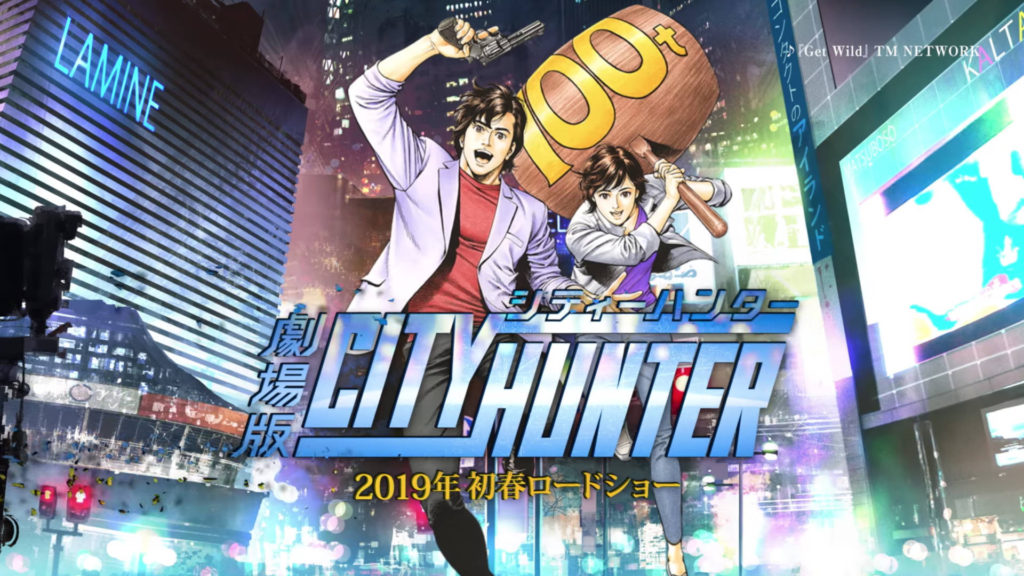 It’s time to get wild because City Hunter is getting a new animated film in Spring 2019 from Sunrise. Announced today with the launch of an official website, the upcoming film calls on the talents of original series director Kenji Kodama, as well as the screenplay talents of Yoichi Kato. Perhaps most importantly, however, was the inclusion of TM Network’s iconic “Get Wild” which acted as the original theme song for the series in the trailer.

Tsukasa Hojo’s original 193 chapter manga series began publication via Weekly Shonen Jump in February 1985 and remains an important cultural icon to date. It’s exciting to see such an important series being revisited, and perhaps even more exciting is the calling on of the original director to handle it. You can find the series synopsis below:

Ryo Saeba is a “sweeper” in the city of Tokyo. His works as a trouble shooter, cleaning the streets of vermin, and helping out desperate people. Sometimes he’s a bodyguard, sometimes he’s an assassin, whatever Ryo does he does it well. In fact his only flaw is his hormones – he loves the ladies and sometimes turns into an idiot when he’s near them. Thankfully he’s got people like his partner Kaori Makimura to keep him in check.