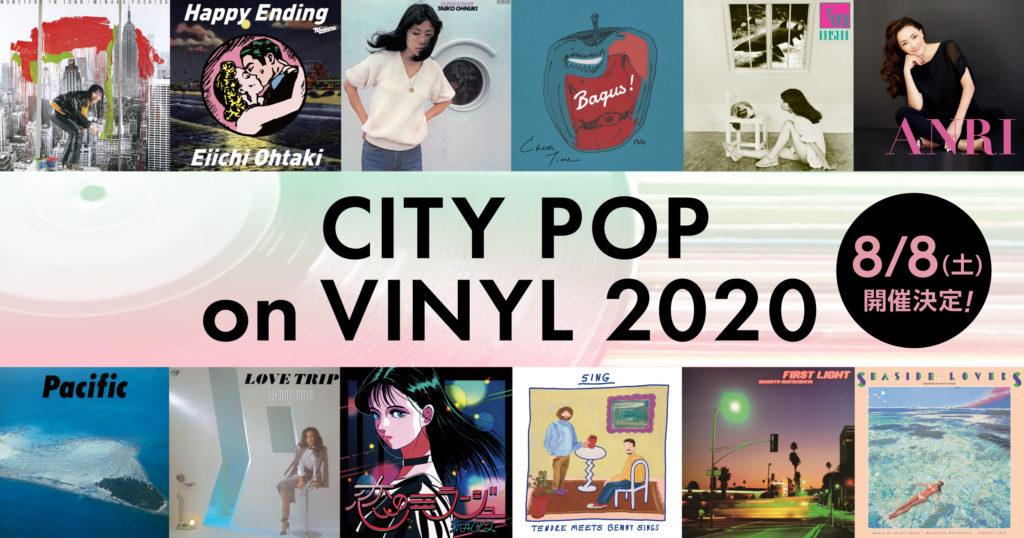 It’s no secret to anyone that Japan’s “City Pop” of the ’80s has become a worldwide sensation in the past few years. Thanks to the meteoric rise of Mariya Takeuchi’s “Plastic Love” and the re-discovery of artists like Toshiki Kadomatsu, Anri, Tatsuro Yamashita, and Omega Tribe (amongst many others) the genre has received a second-life. Unfortunately, the market wasn’t exactly ready for the sudden burst of popularity so finding physical editions of many great albums of the era has become difficult in any format.

On August 8th some of those albums are going to be much easier to find thanks to a City Pop focused event being organized by TOYOKASEI Co., Ltd.

The event is going to collect the re-issues of many classic albums by iconic artists of the genre, along with new re-issues and releases by contemporary artists that have been inspired by the resurgence of the style. Details are still pretty scarce about where the albums will be available as far as regional distribution is concerned right now, but the official CITY POP on VINYL 2020 website has specifically stated that the items will be available for purchase both “in-store and online”. The inclusion of an English translation for the details on their official website should give international fans hope for availability outside of Japan.

Some of the notable classic releases included in the event are:

And that’s just a small taste of what to expect. You can check out the complete list on the official website.

There are definitely several albums I’m going to be looking to pick up during this event. While I have a pretty choice selection of original vinyl releases in my collection already, the increase in price on the second-hand market for a lot of albums I’ve yet to find in the wild has kept a lot of great music out of my grasp. If you’re interested as well, you can find more details on their official website or get updates on Twitter.