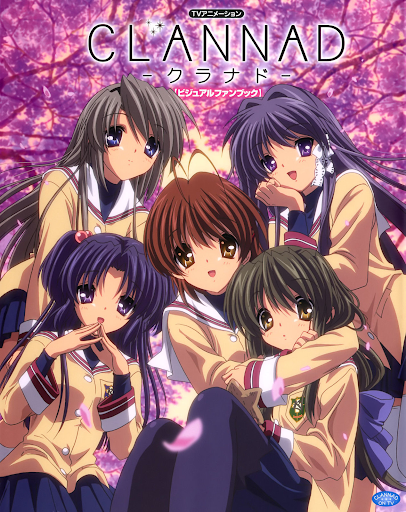 Kyoto Animation’s Clannad is one of those anime that often makes, if not tops, people’s lists of memorable and/or saddest shows of all time.

Needless to say, my younger self was intrigued by Clannad’s legendary tearjerker status and finally decided to give both seasons, Clannad and Clannad After Story, a watch one summer break.

So, long story short, I enjoyed it…but a part of me was also disappointed by the way the show came to an end.

Perhaps, I had gone in too a bit informed of the show’s reputation.

Perhaps, I had gone in with far too many memories of angst-ridden anime and K-drama of the past to appreciate Clannad’s particular brand of drama.

Regardless, I’ve had ample time since then to reflect on what exactly rubbed me wrong about the ending.

My preference pretty much comes down to consequences and realism coming to blows with the show’s central theme of family and there lack of.

Am I implying that Clannad’s ending failed on this thematic front? Yes and no. 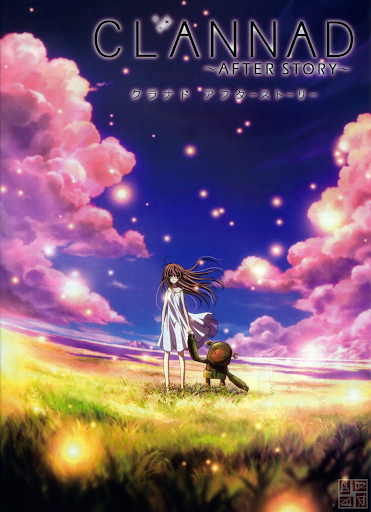 What Is Clannad/Clannad After Story?

The Clannad anime series began as a drama/romance and slice-of-life visual novel (with a sudden turn for the tragic) developed by Key studio of eroge Kanon and Air fame that was released in 2004. The studio also helped co-produce Jun Maeda’s hit fantasy anime Angel Beats! and Charlotte which I’ve always seen as borrowing Clannad’s emotional “flavor.”

The original visual novel sold extremely well on top of being well received by critics and fans alike for its compelling story.

And the fact that the game was recently ported for the Nintendo Switch speaks volumes to its staying power.

The game spawned art books, audio dramas, soundtracks, as well as several spin-off light novels and manga. There was even a sequel/spin-off visual novel based on one of Clannad’s non-Nagisa female characters (who happens to be this writer’s favorite of the “love interests”) called Tomoyo After: It’s a Wonderful Life (2005).

The story at the core of both the game and its anime adaptation is that of the troubled Tomoya Okazaki and his romance with an ill, but vibrant girl named Nagisa Furukawa.

Despite the show being a slice-of-life affair, there are hints at a pseudo-fantasy subplot that become more important the more Tomoya and Nagisa’s relationship progresses. 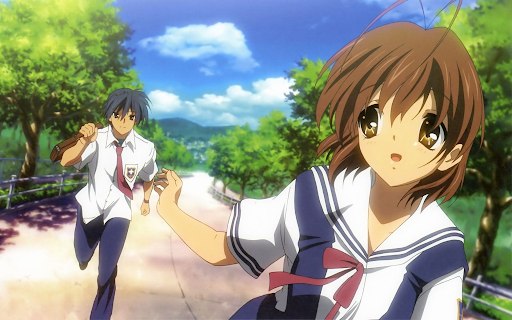 For the sake of staying the course, I’ll only be discussing the four characters relevant to Clannad’s ending.

Our protagonist is “delinquent” Tomoya Okazaki whose tense relationship with his father drives most of his personal arc. As is the rom-com way, Tomoya’s chance meeting with schoolmate Nagisa changes his life for the better as the pair commit to helping others with their problems.

Nagisa Furukawa is a gentle girl whose dream to revive her school’s drama club is what ultimately endears Tomoya to her. It is her untimely death during childbirth that propels the latter half of Clannad After Story post-Episode 16.

Ushio is the child whom Nagisa gives her life for and whom Tomoya remains estranged to until their forced reunion in Episode 17.

Fuko Ibuki is a schoolmate of Tomoya and Nagisa’s who turns out to be an ikiryō, a soul detached from its body, who wishes to make her older sister’s wedding a success. 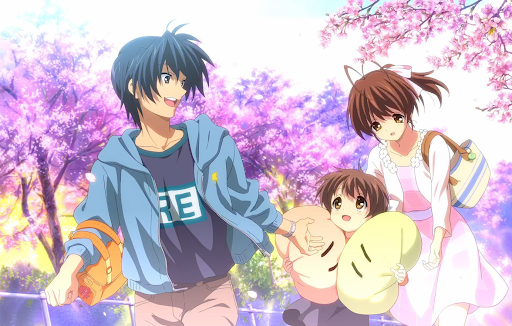 What Could Have Been Done Differently?

So with our plot and players established, let’s get into the nitty-gritty.

I brought up Fuko because her arc and identity as a spirit of sorts is our first hint that the world of Clannad is not entirely what it seems.

I recall being very taken aback by her presence in what I assumed would be a grounded love story. While Tomoya’s character development is reliant on him helping others, Fuko and her dream in particular have a fantasy edge, unlike the other girls.

This narrative choice paves the way for Tomoya’s literal dreams of a nameless girl and a robot from an “Illusionary World” and the tragic loss of his first love.

As it turns out, this girl is his future daughter, and the robot, a representation of himself.

It is Tomoya’s good deeds during Clannad, including putting Fuko’s spirit to “rest,” that result in his destiny being changed by means of good “karma.”

It is a combination of his renewed love for Ushio and self-betterment that turns back the hands of time and allows Nagisa to survive her childbirth and Ushio, her illness.

I am all for happy endings, and man, did Tomoya deserve one, but Clannad After Story loves having its cake and eating it too. I think stories that focus on time need to be extra careful with establishing consequences and realism within the context of their worlds.

In Clannad’s case, I almost feel like it didn’t need to delve into the realm of fantasy.

The grounded nature of Tomoya’s problems were strong enough to hold my interest, but I understand that the anime series was just following in the original visual novel’s footsteps.

That aside, I thought Tomoya coming to terms with his father and daughter added depth and solid drama to Clannad After Story in a way befitting a sequel. To see Tomoya turn into a mirror of his negligent father after the emotional strides he made in Clannad was heartbreaking, but also made his reconciliation with Ushio all the sweeter.

Which brings me to the narrative choice of Nagisa and Ushio being brought back to life.

It’s not as if Clannad’s ending is without consequences considering Tomoya retains his memories of the timeline in which his wife died, but I found his raising Ushio on his own after realizing estrangement was hurting the both of them far more compelling.

In this regard, the show tries to eat two cakes…two dangos if you will.

It constantly borders the line between angst and gratuitous “tear mongering.”

What I mean is, there’s a point where a show’s attempts at eliciting tears become a bit too transparent.

But if we’re being technical, I think Clannad and Clannad After Story still manage to sell their odd pseudo-fantasy tone, consequences, and realism (even if things ultimately turn out for the better for Tomoya).

As for the Clannad series’ theme of family, what is family if not messy?

Tomoya and Ushio learning to become a family again had a bittersweet note of finality to it that packs a very different punch than that of Nagisa and Ushio surviving their fates.

While seeing our protagonist sink into a five-year depression was far from ideal, I would have much preferred to watch him overcome it to raise his child and for said daughter to live. I would have loved to see the pair truly move forward together.

In addition, Nagisa’s parents Akio and Sanae are somewhat denied their best moments as in-laws to Tomoya. I didn’t mention these two before as Clannad After Story’s ending has to do with our protagonist learning to be a parent in his own right, but they’re pivotal to him coming to terms with the tragedy that binds them.

It is their kindness and spontaneous decision to leave Ushio in Tomoya’s care for a few days that provides him with the reflection he so needs in Episodes 17-18.

There’s even a moment in which we see the toll Nagisa’s death has had on them.

Akio and Sanae are known for being comic relief and supportive side characters, but it is the latter’s quiet sobs during a night of reminiscing that drives home the pair’s grief.

On the other hand, there’s nothing wrong with having happy endings, miraculous things, every now and then.