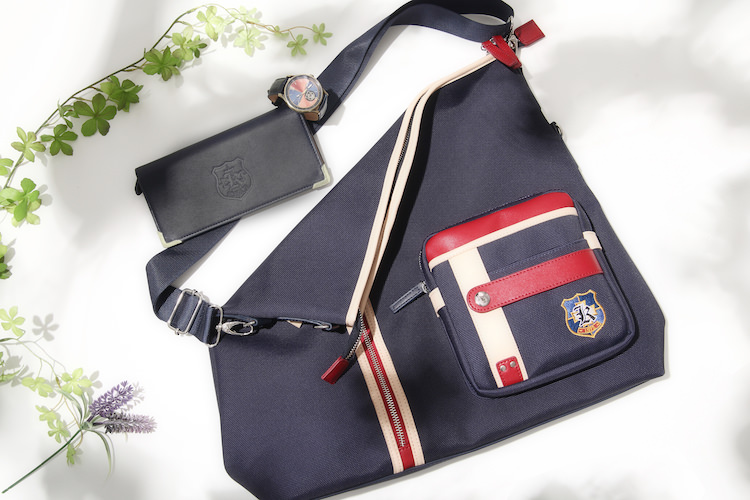 When Kyoto Animation’s beautiful adaption of the original Clannad visual novel came out in 2007 it set the anime world by storm. Fresh off the heel’s of the Air and Kanon adaptions that Kyoani did, quickly garnering them quite the fanbase, Clannad won so many more people over. It’s held as one of the gold standards of visual novel adaptations and fans still fondly keep it in their hearts to this day. Even in 2019, 12 years after the anime and 15 years after the visual novel came out, we’re still getting new merchandise from the show. Most of it is anime girl figures, but this high-end accessory set put out by SuperGroupies I’d argue is even office friendly.

For this set, SuperGroupies have designed a bag, a wallet, and a watch that would impress higher-ups at a business meeting or be right at home at a five-star French restaurant. Black, dark red, and navy blue are the motif that some combination of adorns each item. The watch comes in as the most expensive, 17,800 yen, with a black leather strap, blue and red face, and gold metal. My favorite, the mostly navy bag that can actually be worn a couple of different ways, sells for 13,800 yen. Finally, there’s the black on the outside, tan on the inside with white and red trim that goes for 11,800 yen. Each item also features not too prominently the logo of the school the characters in Clannad attend.

SuperGroupies is known for making high-end apparel and accessories based on your favorite games, anime, and more. A small selection of the collaborations they’ve done includes games like Kingdom Hearts III and Persona 5 as well as anime spawning the spectrum like Evangelion 3.33 and The Eccentric Family. They excel at creating wearables that would be popular with professions and aspirational fashionistas alike.

Pre-orders for SuperGroupies’ Clannad items can be made now, here. They’ll release in September.