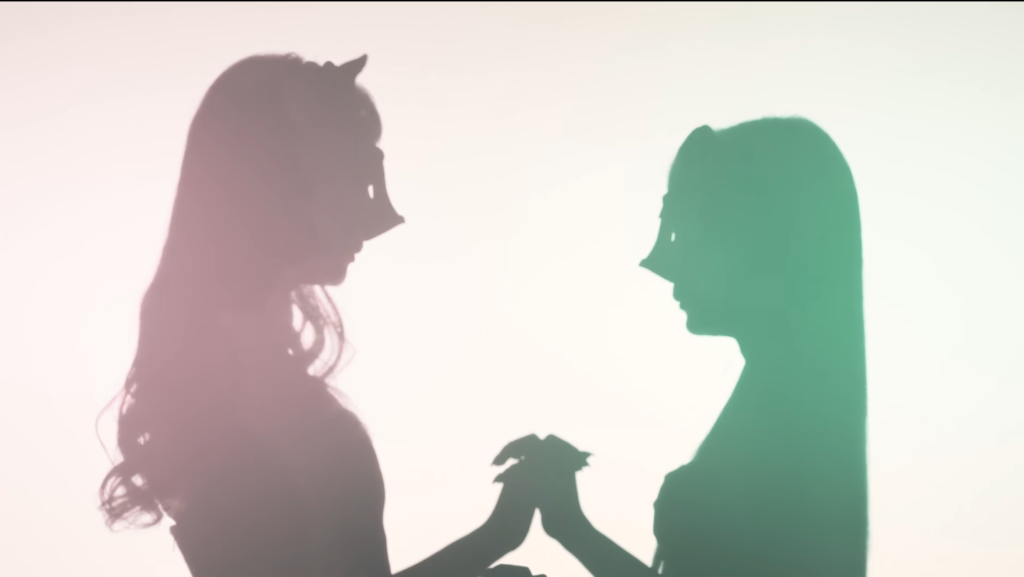 If you’re anything like me, you’re probably gearing up for the official airing of Eromanga Sensei in the next half hour. With popcorn and drinks ready, there’s already an undeniable air of excitement in the room. I’ve got a lot of expectations for tonight, but one thing that I definitely wasn’t expecting was that the opening theme for the animated series, ‘Hitorigoto’, would be the song to finally reveal duo ClariS’ real identity… well, kinda.

Uploaded Friday onto YouTube via the official ClariS channel, the music video for ‘Hitorigoto’ certainly caught me off guard. It’s currently sitting at #24 on the trending videos for Japan, and beyond the obvious association with the Eromanga Sensei series, this could largely be credited to the silhouette reveal of the vocal duo. But while this definitely isn’t a full reveal, it certainly is our first look since the group originally debuted in 2009.

Originally formed on the island of Hokkaido, ClariS is a two person musical duo which formerly consisted of singers Clara and Alice. In the early days, the duo were still attending high school, but found popularity through their vocal covers uploaded onto popular Japanese streaming site Nico Nico Douga. It was initially rumored that the girl’s status as high school students was largely the reason for their anonymity, but in 2012 following their graduation no further information had been released.

In 2010 the group released ‘irony’, which would go on to be awarded gold certification and was used as the OP for animated series Oreimo. Following this in 2011 the duo released ‘Connect’ which went on to receive platinum certification and was used alongside hit-series Madoka Magica. From there, the group continued to release hit after hit, working with series like Nisekoi, Nisemonogatari and now Eromanga Sensei.

Further information on the duo can be found via their official website, here.