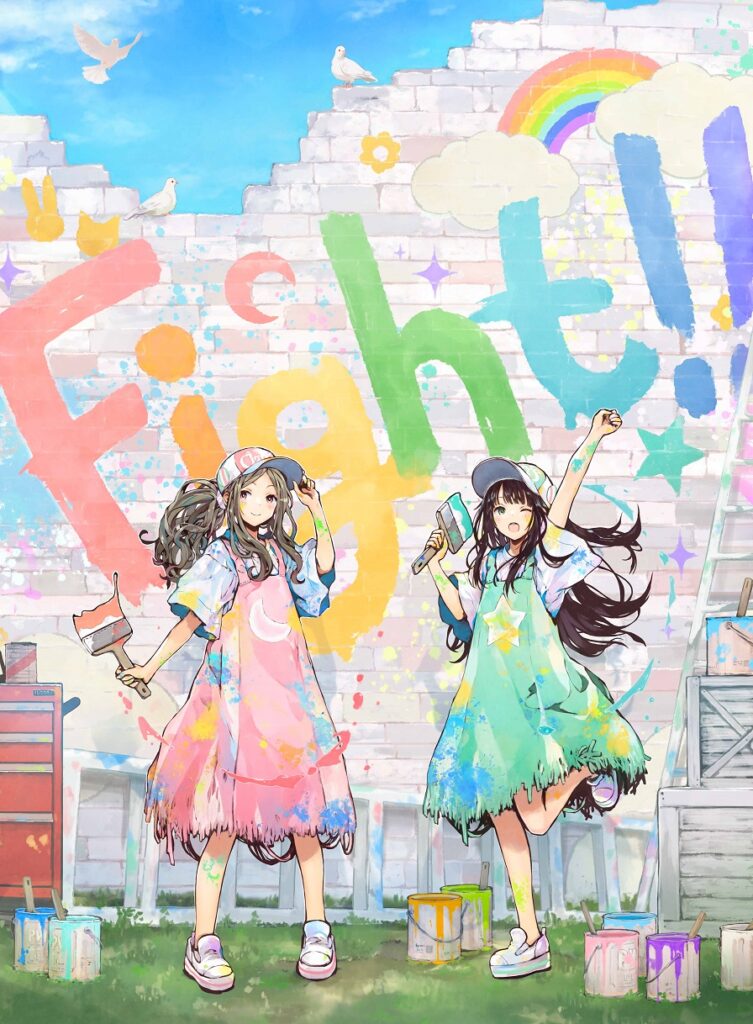 The J-pop duo ClariS recently thanked their fans for their 10 years of continuous support with a special message which was posted to YouTube.

In the short video, Clara and Karen ask fans to ‘please continue to support us,’ as ‘we’d like to make wonderful memories with everyone.’

Over the weekend, they also released a preview video for their new single ‘Fight!!’. The single will come out on 17 February and will include the songs ‘Fight!!’, ‘Brave’, and ‘Koimachi Kaguya’, along with an instrumental version of ‘Fight!!’ (Some versions of the album will have a ‘TV size’ recording of ‘Fight!!’ instead.)

If you’ve been watching season 2 of Cells At Work! on Funimation or on Crunchyroll, you should recognize Fight!! as the ending theme. (Crunchyroll finally started streaming the second season on Saturday.) The second song, ‘Brave’, can currently be heard on Monogatari-themed pachinko machines.

Over ten years, the sometimes mysterious singers have performed a lot of anime opening and ending theme songs, many of which can be heard on a pair of 10th anniversary albums which were released in October.

If you like ‘Connect’ from Puella Magi Madoka Magica; or ‘CheerS’ from season 1 of Cells At Work!, you would need to get the Green Star anniversary album. The Pink Moon album contains ‘Irony’, ‘Nexus’, and ‘Reunion’ from My Little Sister Can’t Be This Cute (Oreimo); along with ‘Step’ and ‘Click’ from Nisekoi (among other songs).

You can also get a pretty good idea of the duo’s anime songs in a compilation video which they posted in December:

You can find more ClariS stuff at their website .

Anison Duo ClariS Have Unmasked, But You Won’t See Photos