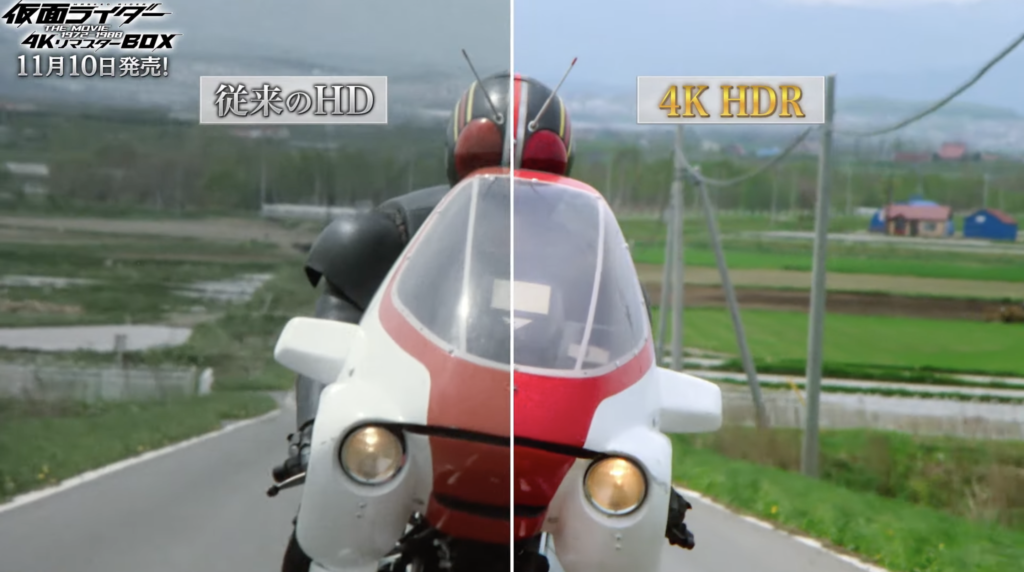 Classic tokusatsu will now be available in better quality than ever before; a collection of Showa-era Kamen Rider movies were remastered for a brand-new 4K UHD Blu-ray collection. Perfect while you wait for Shin Kamen Rider.

Tokusatsu movies are events for the series they are derived from, and often provide an opportunity for the creators to pull out all the stops for a special episode that maybe couldn’t work within the budgets of the TV series. They can vary in quality, for sure, but it’s something that tentpole tokusatsu franchises have done for decades. Kamen Rider has spawned films based on various series from throughout its history since the beginning, and a collection of movies from the pre-1989 Showa era have been remastered into 4K for the first time.

This planned set, spanning from 1972 to 1988, will feature eight films, starting with Kamen Rider v Shocker and ending with the 1988’s Kamen Rider Black. Each film has been remastered and restored from the original 35mm negatives for a sharper image, and the results based on initial trailers are impressive to behold. The spiffing hair and sharp costumes of classic Kamen Rider look distinctly sharper and brighter than before, though the ability to do a full comparison is difficult because of TOEI’s insistence on limiting the trailer to 1080p.

Still, it does give some indications of the work that went into the remaster, and the results speak for themselves. These look similar to what fans who grew up on the series would remember, and will also provide for newcomers the best possible way to travel back in time.

The Kamen Rider The Movie 1972-1988 4K Remaster UHD Blu-ray Box is planned for release on 10 November for 22,000 yen. Bonuses and the contents of the planned booklet will be announced at a later date. You can find out more over on TOEI’s website.