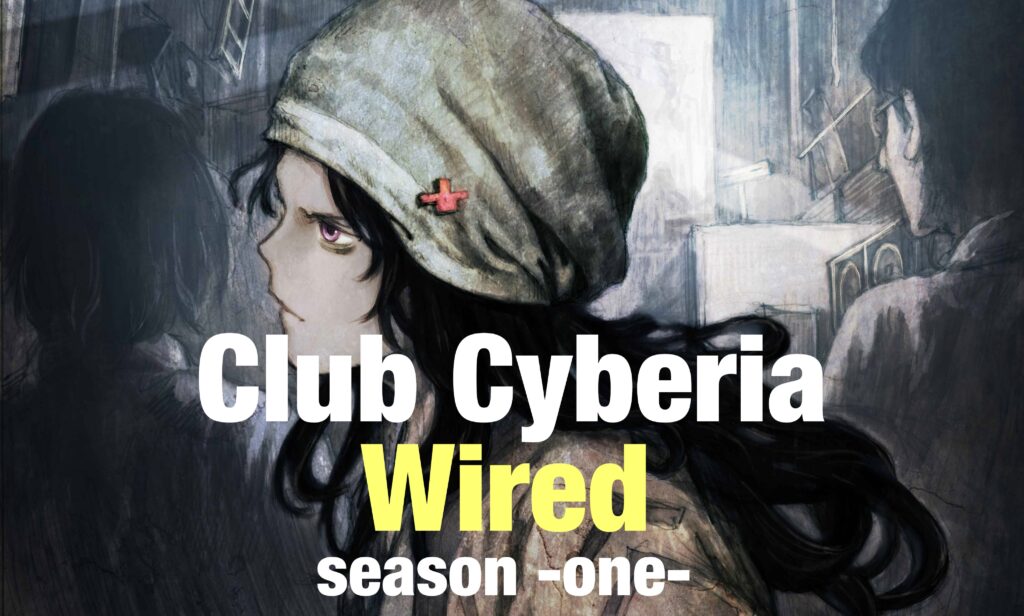 For anyone who’s watched Serial Experiments Lain (I did so myself for the first time recently), Cyberia is the name of the club found within the universe of the show. The DJ performing at the club is JJ, voiced by Wasei Chikada, with the music provided by the man himself. The place, which Lain herself regularly visits, is central to the story of the series as the intersection between technology and the Wired, drugs, and underground subcultures.

The music that permeates Cyberia is infused with a retro, 90s sense of futurism that makes it unique, and it’s something replicated by Wasei Chikada in anniversary mix albums. He previously produced Cyberia layer_2 for the 20th anniversary of the series. The album features new music inspired by club Cyberia and the modern world, which matches the predicted future of a blurred border between the internet and reality that exists today. layer_03 was made for the 21st anniversary, and After Hours was produced for the 22nd anniversary.

In 2021, the line between reality and the internet is as hard-to-discern as ever, as we’ve been forced to rely on the web as a vital area of communication. Also, the series is now open source, making it open season to create works derived from the series, paving the way for Club Cyberia Wired.

Nightclubs are a difficult prospect in the age of COVID. Club Cyberia Wired is being sold as a weekly online streaming DJ set, taking place on YouTube every Wednesday at 10 p.m. JST. The show features 30 minutes of chat at the start and end of each stream that focus on Lain open-source projects and other topics, with the rest centering on JJ’s DJ mixes.

The offerings from Club Cyberia Wired are twofold. It is a catchy, hypnotic, weekly dose of club music in the style of Serial Experiments Lain, and a way to channel what Lain represents and celebrate the creative work going on, especially now that the series has gone open source.

Want to watch it for yourself? Archived streams alongside new episodes will stream over on DJ WASEI ‘JJ’ CHIKADA’s YouTube channel.