CocoIchi Curry’s New Gundam Collab Is out of This World 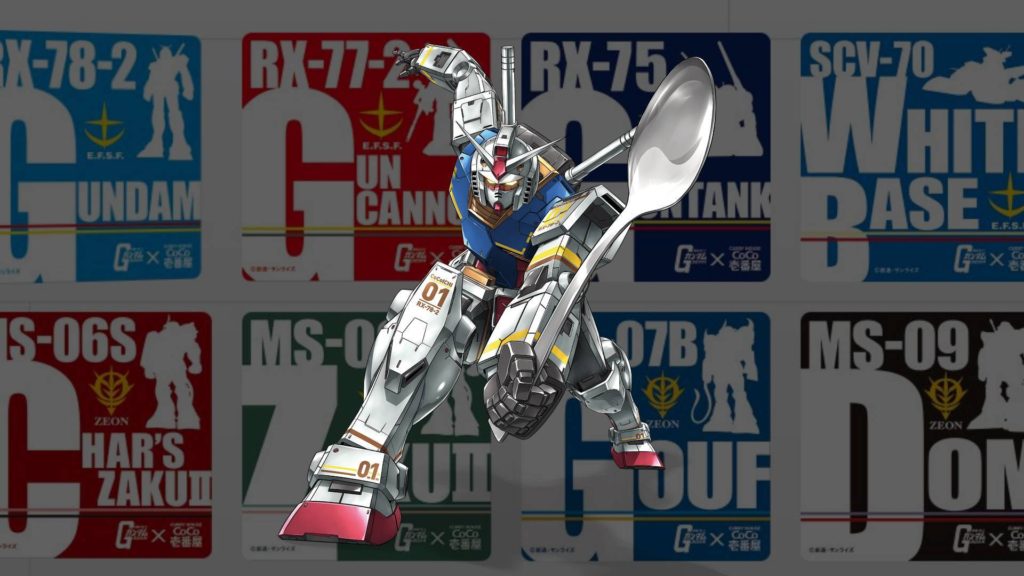 Japanese curry is delicious – this is an indisputable fact. For most of the staff here at OTAQUEST, Japan’s most famous dealer of the dark concoction is a restaurant called Curry House CoCo Ichibanya, and it’s almost like lifeblood. On top of all else, they also happen to do some incredibly cool cross promotions with some of Japan’s biggest pop-culture icons. Take earlier this year for example, where the Nagoya-born curry chain teamed up with Lupin the Third to give away a Fiat 500. And while that’s cool and all, this next collab in particular is quite literally out of this world. I can’t say we didn’t know it was coming, afterall, during our almost daily trips to pick up CocoIchi (oops), we absolutely saw the signs plastering the wall, featuring none other than Mobile Suit Gundam’s Amuro Ray.

As with all of these collaborative efforts, there is of course some giveaways tied to its name, and while I don’t want to go into too much detail about them specifically, I’ll give a quick rundown of it all. There’s two main ways to win prizes, and both of them for the most part are pretty harmless. If you spend at least 900 yen in store, you get to stick your hand in the Gundam Box! No, that’s not it’s official name, but if anyone reffers to it as anything else, they probably shouldn’t be eating at CoCo’s. Inside the Gundam Box you will be pulling out a special card that tells you which free Gundam coaster you’ve won. The second way to win will involve you taking a photo of your receipt and submitting it online, for your chance to win some seriously cool collaborative merch.

The collaborative merchandise basically comes down to four prizes, though none of them come from the Gundam Box. Firstly, we have a collaborative figure limited to 1,000 units, that basically features a CoCo Ichi-branded Gundam standing proudly with its spoon. Possibly one of the greatest figures of all time, anybody that takes this from me will make me very sad. Following this, limited to 300 units is a collaborative plate featuring an illustration of our spoon-wielding guardian, nice. Again limited to 300 units is the Gundam spoon set, and then after that with a total of 1,000 units is a 1,000 yen discount voucher.

There’s a whole lot going on in this collaboration, and I absolutely love it. Just note, I did order CoCo Ichi delivery today, and the driver did not bring the Gundam Box with him, so I guess that one is store-only. If you’re interested in checking out further information about the collaboration, be sure to check out the official website below.

The Curious Case of Natto: Why This Japanese Side Dish Is So Polarizing