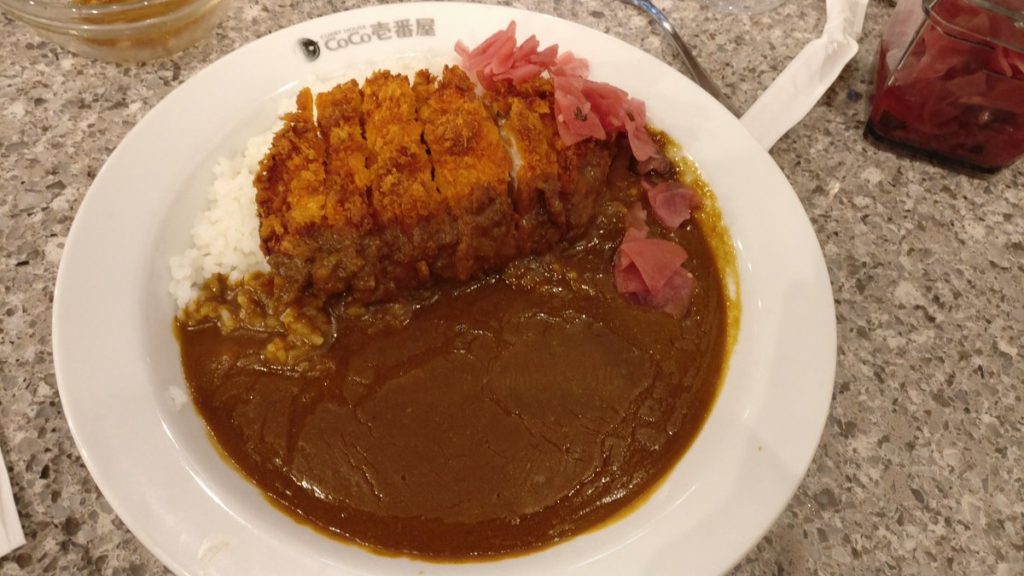 While I’m currently in exile over in rainy England, one of the things I’ve been missing most is Japanese curry. Sure, England has a rich history of excellent curry from the Indian subcontinent, but you can’t beat a good Japanese-style katsu curry. So, when I was in London last weekend, I went over to the newly opened CoCo Ichibanya in Soho to see if I couldn’t satisfy my craving. What I found there was quite different from what I’d become used to in Japan, but ultimately still the same curry experience that I dreamed of.

Now, this may just be because of my own local, run-down CoCo Ichibanya store in Tokyo, but I was immediately taken aback by the difference in decor in the London store to what I’d become used to. My home store, and indeed many stores I’ve frequented in Japan, are what I’d describe as ‘no-nonsense,’ often featuring minimal interior decor. But the London store has clearly put a lot of thought into its looks, as it features color coordinated seats and an expansive shelving arrangement that shows off all the spices used in the curry. 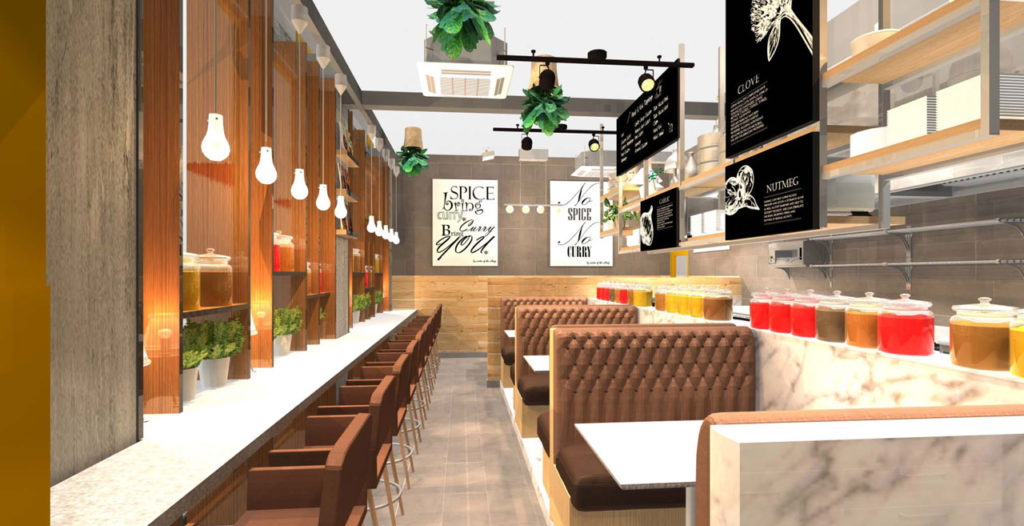 That being said though, the London store definitely isn’t afraid to squeeze its British customers in a little bit tighter than they might be used to. The handful of tables in the store are set up side-by-side, and a long counter facing the street can seat around six people. This definitely isn’t normal for British dining culture, but is certainly a key part of the Japanese dining ethos. And while they’ve certainly done their best in accommodating as many people as possible, I reckon that they could have gone even further to squeeze in another half a dozen people if they really wanted to. Perhaps that would help with the surprisingly long wait in turn. 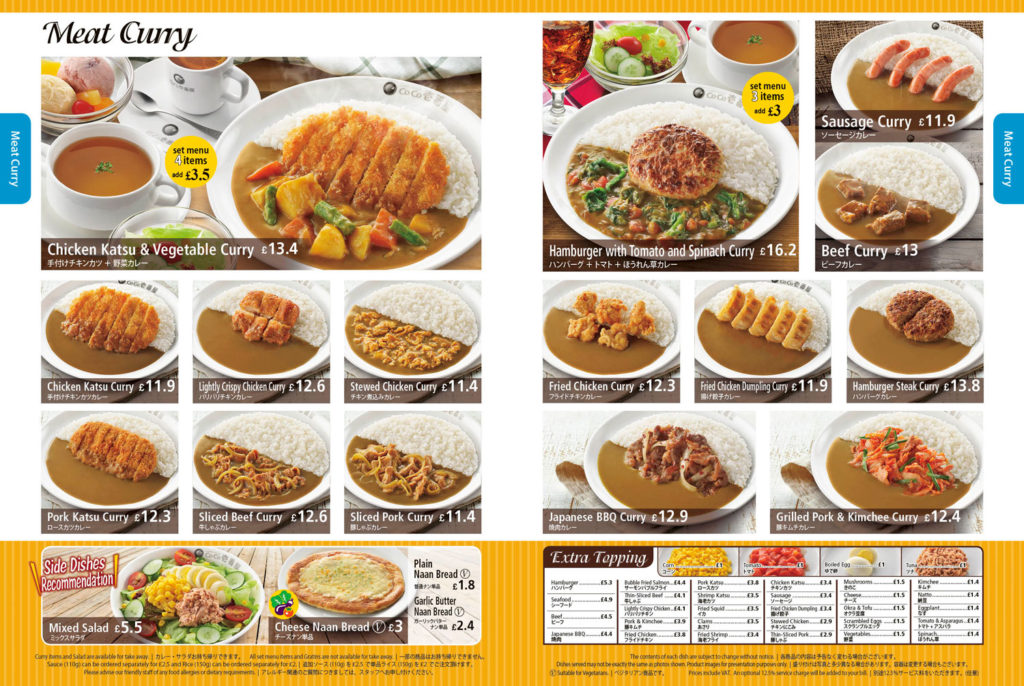 But enough of that… let’s get to the food. The reason I was happy to wait over half an hour in the rain in the first place was because of the legendary CoCo Ichibanya katsu curry after all, and I wasn’t disappointed. The menu choices are mostly the same as you’d get in Japan, only with special limited-time dishes removed. You can choose your rice portion and spice level as well. I went with a chicken katsu curry with 350g of rice and spice level 4, which was what I discovered was exactly the right amount of food and spice for me while I was in Japan.

The quality of the food hasn’t deteriorated, despite traveling halfway around the world. The spices in the sauce were just as well balanced and flavorful, and the katsu was just as succulent and addictive. Furthermore, the prices were very reasonable. London is known for being a very expensive city, for both businesses and residents alike, but to my surprise, the menu prices weren’t that much more expensive than their Japanese counterparts. I paid £12 for my katsu curry, which wasn’t that much more expensive than the £7 I’d pay in a Japanese store.

All of this was served to us by an excellent front-of-house team. Service was quick, if a little less rapid and forthright than the kind of treatment you’d get in Japan. Some of the team are Japanese speakers, no doubt recruited from London’s thriving Japanese community, so I took the opportunity to make a bit of small talk in Japanese. While that was useful for my language practice personally, it also helps a lot in selling the authenticity of the store. Furthermore, while we were waiting in the rain, a staff member even came out to give us umbrellas, Union Jack patterned ones at that.

To conclude, my main concern in checking out the London CoCo Ichibanya Curry House was the inevitable changes it would have to make to adapt to a foreign market. And while the store has made some steps away from its Japanese origins to better appeal to the British consumer, this hasn’t affected what truly matters: the food. To be honest, I can live with some more fancy decor and more relaxed service if that means I can get katsu curry in Blighty.

The continued popularity of CoCo’s London branch, despite being open for several months now, should also come as a source of encouragement for the company in continuing its worldwide expansion. It is, after all, my firm belief that all the citizens of the world should be able to tuck into a good katsu curry now and again.