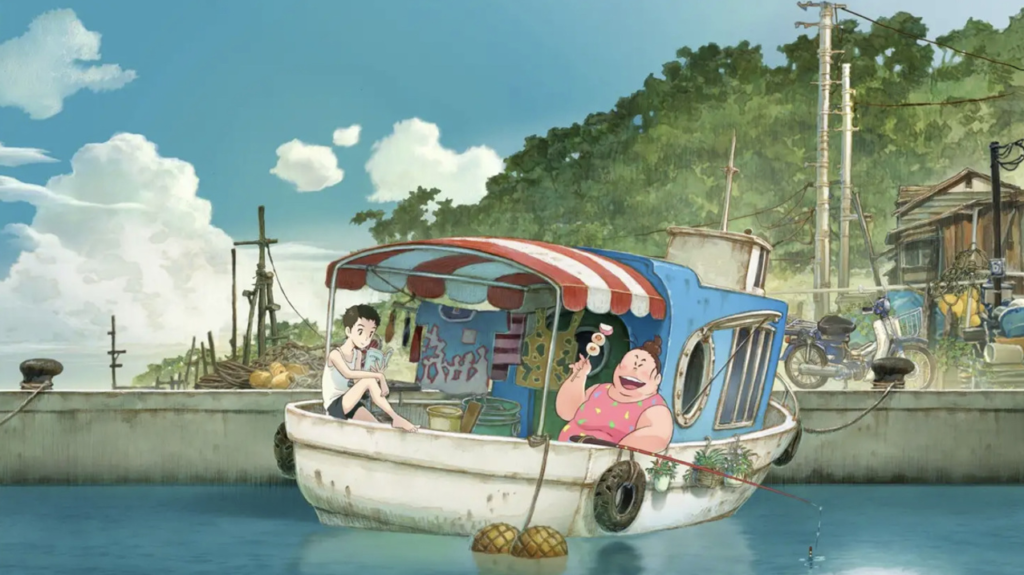 A new video for Nikuko of the Fishing Harbor (Gyoko no Nikuko-Chan), released as part of the ongoing promotional campaign, features model and flutist Cocomi performing the flute for the movie’s soundtrack. Cocomi also plays the role of protagonist Kikuko.

Nikuko of the Fishing Harbor is an interesting new project from Studio 4°C, and one that has mostly gone under the radar of many anime fans. We covered one of its trailers a few months ago, but with the film just one month away from release, discussion surrounding it internationally has been minimal. Which is a shame, as not only does it look engaging, but the studio has made a point of reaching outside the anime industry for talent.

Take Cocomi, the voice actor of the protagonist. She is a talented model (who recently modeled for a Spy x Family fashion shoot) and plays the protagonist Kikuko as part of a cast that also features TV personalities like Matsuko Deluxe. In the movie, Kikuko lives on a boat alongside her mother, Nikuko, with the story following their relationship and life.

The video released today showcases the benefits of reaching out for new talent. Cocomi has made a name for her musical abilities just as much as she has for her modeling, and will also perform the flute on the movie’s soundtrack. In the short video released on ASMIK Ace’s YouTube channel, we can hear Cocomi’s rather beautiful performance. As someone who played the flute in their youth, I find a stunning clarity to her sound that’s a joy to hear.

The video is also accompanied by a brief trailer following the clip, but this mostly features footage from older promotional trailers. Still, together with the unique art style for the film, I feel this video showcases exactly why more people should be paying attention to this movie.

It feels risky to set any release date in stone following recent box office fortunes, but Nikuko of the Fishing Harbor is currently set to release in theaters on 11 June.