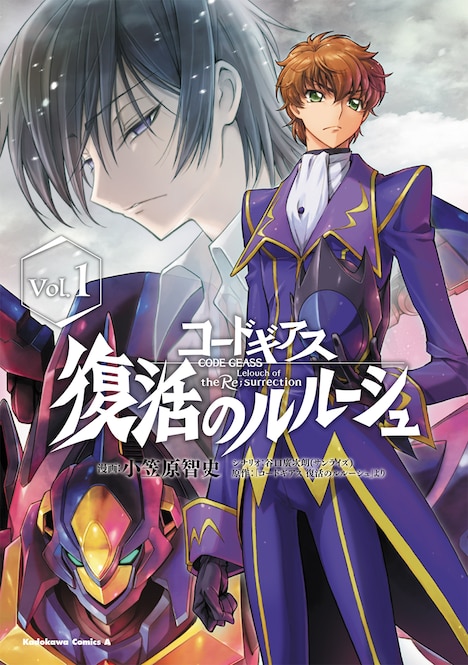 The beloved mecha franchise is getting some special attention with the upcoming Code Geass Project, and this new manga will help keep its fever pitch momentum going strong.

This Code Geass manga serves as a ‘midquel’ between the previous manga Lelouch of the Rebellion; Re and the anime film Lelouch of the Re;surrection, which takes place a little while after the original television series ends. The usual suspects are here too: Taniguchi Kojiro wrote the story, and Ogasawara Tomofumi drew the illustrations. The manga went on sale just the other day, with some bookstores like WonderGOO and Melon Books handing out special prizes in the forms of postcards and original illustrations.

The new Code Geass Project was announced on the 20 November, a few days before the manga’s release. The project itself remains a mystery at the moment but will be unveiled on YouTube Live on 5 December at 8:00 p.m. JST. This move is very au repos of Sunrise since 5 December is Lelouch’s birthday (or, as Code Geass fans would say: the day a new demon was born).

It’s been a year since the highly anticipated Lelouch of the Re;surrection was released, and there’s no telling what tricks Code Geass’s creators have come up with in the past year. Considering how it was just the first phase of a ten-year plan, anything is possible. But if there’s one thing that is certainly true, it’s this: All hail Lelouch vi Britannia!