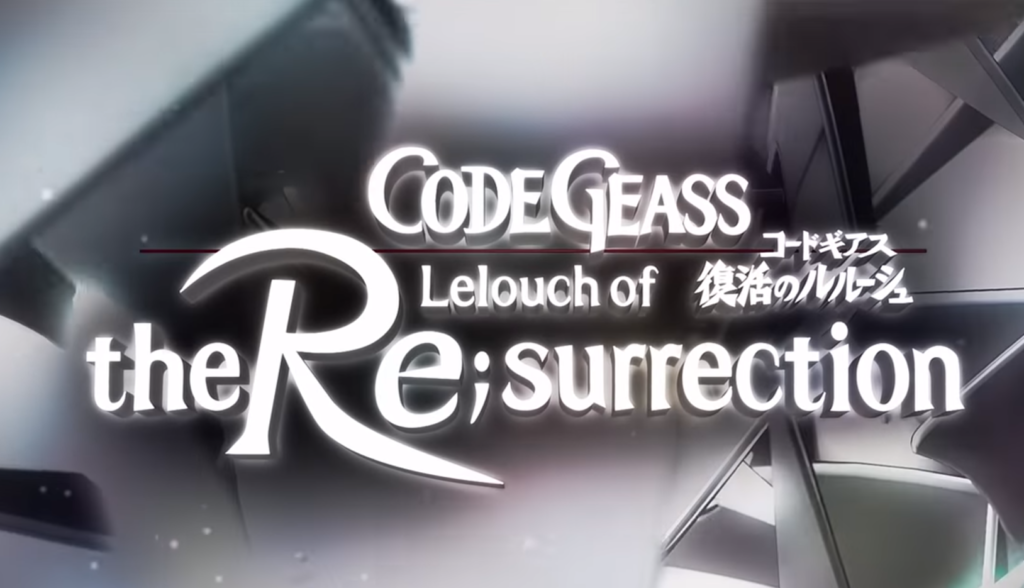 Code Geass was one of the first communal experiences the online anime community of yesteryear got to live through together. The original came out in 2006; A rare time of transition. Sites like Twitter, Youtube, and Facebook were getting their start but IRC channels, web forums, and personal websites were still plentiful. Always early adopters of technology, anime fans began moving from these smaller communities to building bigger ones on the websites we still use today. Talking about Code Geass week to week was almost as fun as watching the show itself. Twist after twist, absurdity after absurdity, the experience was similar to how people talk about Game Of Thrones today but it was a special treat for you and your cool in-the-know internet friends.

Now, it’s 13 years later. Code Geass R2 finished airing in 2008. You still love anime but its no longer a secret internet thing. Every single person under the age of 40 knows about Japanese cartoons. You’ve thought about Code Geass from time to time. You might have heard in passing there was something called Code Geass: Akito The Exiled but no one ever talked about it so you never got around to watching it. The franchise had been practically dead for years until a season 3 was announced. That season 3 then turned into a movie trilogy which eventually narrowed down to one movie, Code Geass: Lelouch of the Re;surrection. Which Funimation has brought to U.S. Theaters!

Off the bat, if you’re expecting Code Geass: Lelouch of the Re;surrection to be some kind of End Of Evangelion for the franchise, don’t. While the film has been out since February in Japan, it’s just recently been announced that this new movie is the 1st phase in a ten-year plan. In a sense, I’m comforted to hear more Geass is on the way not because the movie was so good but because it was anti-climatic. Both as a piece of Code Geass and as its own stand-alone film, it was kind of lackluster.

(Minor Spoilers From Here On)

The movie expects you to be familiar with the show’s lore. If you don’t remember what a Geass, A Code, or a Master is, you’ll be lost. This would be okay if the story felt like the actual continuation of Lelouch’s exploits instead of a side story. It takes place a couple of years after the end of Code Geass R2; Agents from a hostile country have abducted Suzaku and Nunally, Lelouch’s childhood friend turned fated enemy and his Sister who’s now a political actor. Lelouch’s former group the Black Knights coincidentally stumble on CC and, wouldn’t you know it, Lelouch’s husk of a body during a rescue mission! 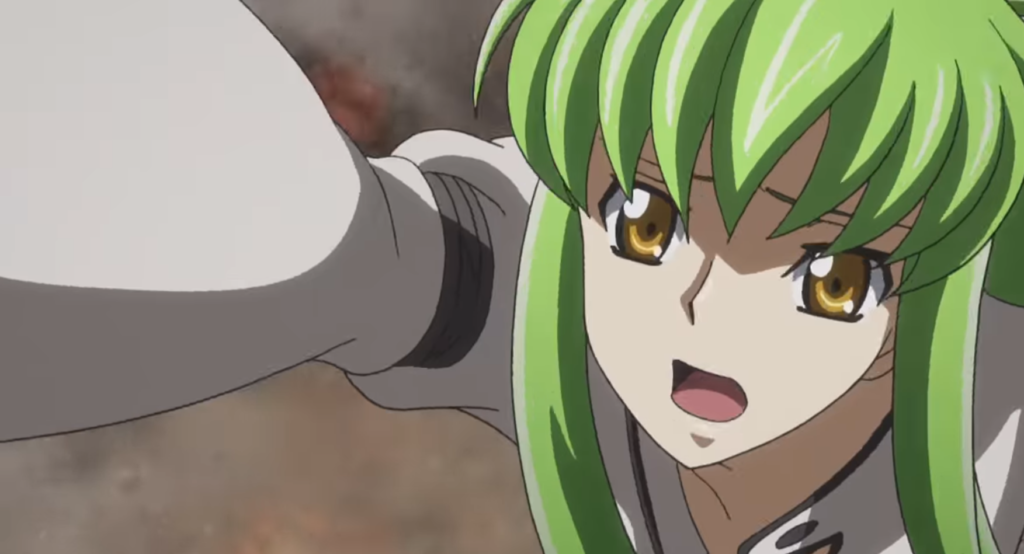 You find out early on that Lelouch has been alive the whole time but his mind’s an empty shell. CC has been traveling with him, looking for a way to bring it back. Turns out the people who kidnapped Suzaku and Nunally coincidentally have access to ‘C’s World’, another bit of Geass jargon you’ll want to look up, which can bring Lelouch back. Even assuming that Lelouch would come back, the scene where he actually regains his sense of self had no weight behind it. He just regains control after CC stumbles around an alternate dimension for a while.

None of the character’s reunion scenes with Lelouch hit home either. For someone who was supposed to be dead, everyone’s just moderately happy to have him back, including former enemies who are just cool with him now? To be fair, Suzaku did start wailing on him for a second but immediately reverted to everything being fine despite the events of Code Geass. Lelouch’s ‘re;surrection’ and reassimilation happened way too smoothly, an emblematic flaw of the entire film.

Nothing about Code Geass: Lelouch of the Re;surrection is outright bad. Aside from some of the jargon, the bare-bones plot is easy to follow. The animation is serviceable, although decidedly not super impressive for film quality. All the characters you’d want to make some kind of appearance do. The movie’s few new characters have the outlandish CLAMP designs you’d want them to. There’s even a cool post-credits teaser that leaves room for speculation. That’s the thing. Everything happens just as you’d expect it to. For Code Geass, a show who’s tricks and treats had people howling week after week, that’s a problem. 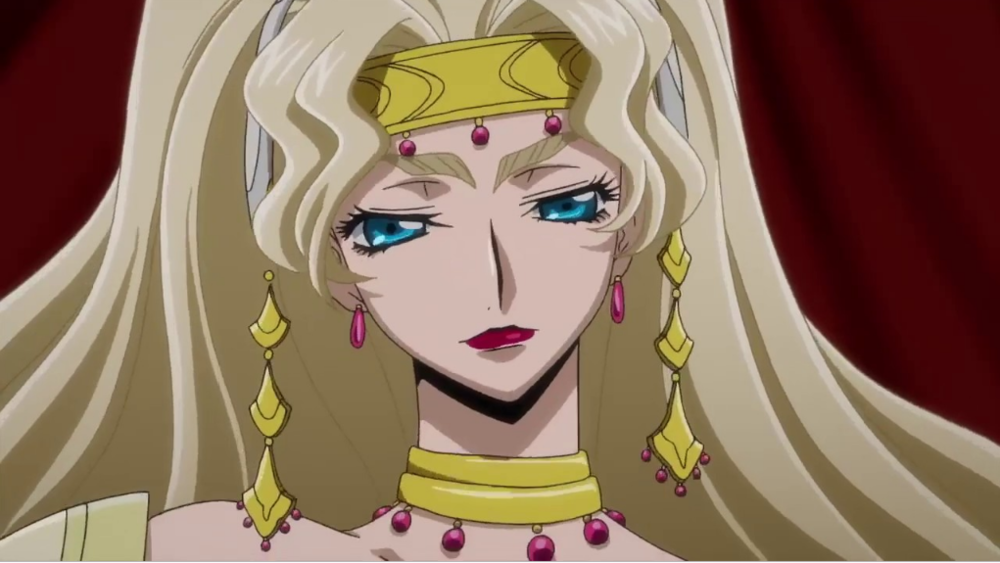 On its surface, Code Geass is a cross between Death Note and Gundam; Politics and mech battles as set-dressing for an outrageous battle of wits. At its core though, the plot of Code Geass existed to enhance the experience of watching it. You’d never know what would happen next. Someone accidentally shoots up a stadium? Somehow figure out how to manipulate the collective consciousness of planet earth so you can kill your parents? A cat is let loose on the school campus and you have to catch it? The twists along the way were always the bests parts of the show and the movie could not recapture that energy.

Now that the social media landscape has changed, I fear there isn’t room for a new Code Geass to shine the way the series has used. If you’re such a big Geass fan that just seeing all your old favorites one more time would be enough, go see the movie. It’s not a terrible two hours. Unfortunately, it’s not terribly rewarding either. I’d have a hard time recommending the film to non-fans. I’d also have a hard time telling people who miss the suspense, thrills, and flamboyant ridiculousness of the original to see this one either. I’m hopeful that whatever little this film does set up gets done better justice in the new 10-year plan for Code Geass.

You can see Code Geass: Lelouch of the Re;surrection in theaters dubbed May 7 and May 8 courtesy of Funimation Films.