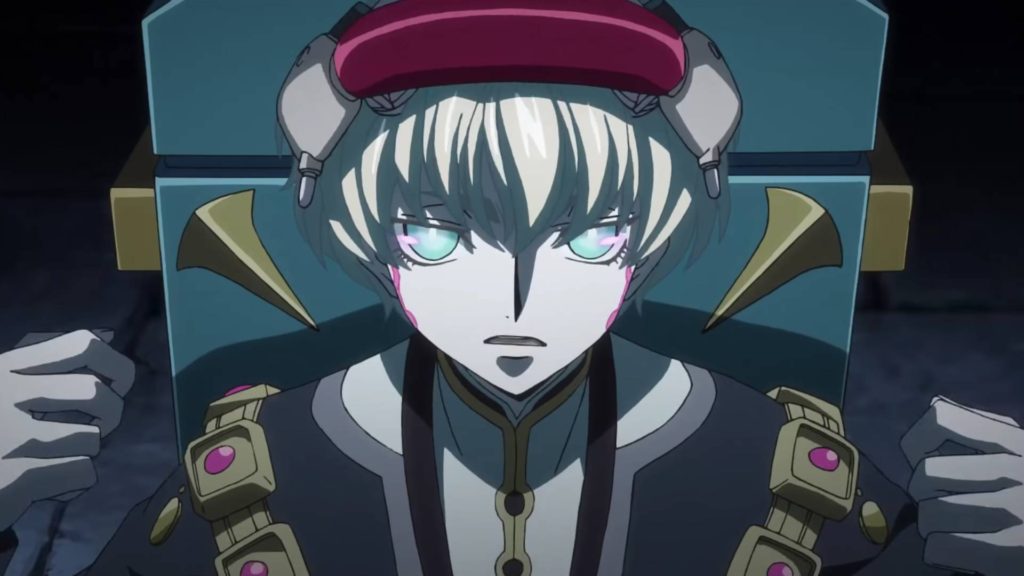 With the legendary mecha soap opera Code Geass announcing it’s takeover of the huge screens overlooking Shinjuku and Akihabara last week, announcing that they’d be sharing some new information about the upcoming sequel project Lelouch of the Resurrection, it’s safe to say that fans were excited leading up to the grand event. What we ended up seeing on those screens, however, certainly drew a mixed reaction from fans.

The 180-second announcement started with a lengthy speech by franchise director and creator Goro Taniguchi who dropped several important announcements without batting a single eyelid. The first was that the project would be done in “one piece,” specifically as a theatrical movie and not as a TV series, as many fans were predicting. Furthermore, he revealed a release date of February 2019, which isn’t long to wait at all.

This was followed by the below PV, which had its own informative elements despite its short length:

We don’t see anything of Lelouch himself in the trailer – despite this supposedly being his “resurrection” – which seems to suggest that this movie will be much more focused on C.C., the enigmatic Geass witch that set the events of the original series in motion. That doesn’t surprise me considering that Lelouch is supposed to be dead, but I’d be even more surprised if Lelouch doesn’t make an appearance during the film at least at some point.

C.C.’s narration makes up the majority of the trailer, and during it she hints at a new “movement” after the death of Lelouch, clearly teasing a new antagonistic force. Furthermore, the shot of a boy with strange eyes removing a visor clearly seems to be a Geass user, suggesting that these new antagonists will be Geass-equipped just like Lelouch was. Considering that the nature of Geass and the identity of C.C. was one of the main plotlines not wrapped up in the conclusion of the series during R2, it’d make sense if the movie took the opportunity to do so. That being said, it’s hard to guess the plot of the movie at this point due to the limited amount of footage we were presented with.

For all of my excitement just to see the characters of the series in action once more, however, the reaction to the new sequel project has been muted at best. This video taken in Shinjuku during the announcement speaks volumes:

While Japanese citizens tend to be more quiet and respectful in public places than your average Westerner, the silence after the trailer says it all. For many fans, simply making one movie isn’t enough – they want to see more of the characters, more of the world, and more of the series that they have come to love. While I hope the movie will be a success, it seems like it will take some effort to please fans – something I’m no doubt Taniguchi is conscious of.

Code Geass: Lelouch of the Resurrection is scheduled to release in over 120 Japanese cinemas in February 2019.