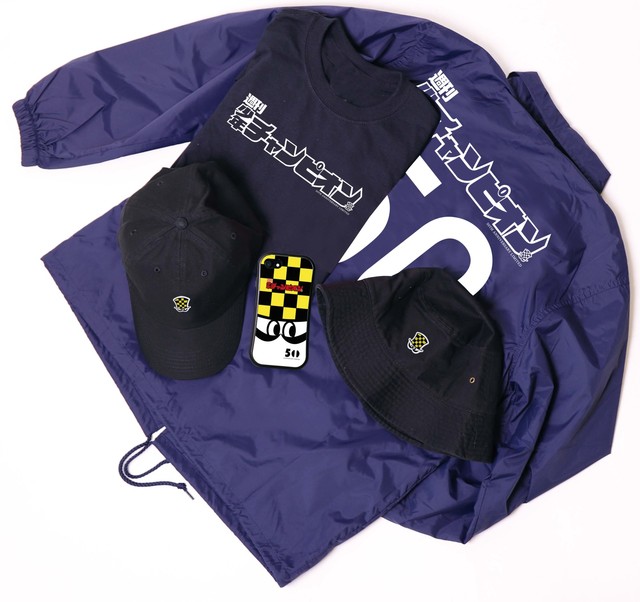 Oh, you thought that the Weekly Shonen Champion 50th anniversary celebrations were over? Think again as Shibuya-based apparel and accessory brand COLLARS launched their latest collection via ZOZOTOWN in collaboration with Akita Shoten on July 18 to commemorate the magazine’s 50th anniversary.

Eight items with various colors to choose from were launched as part of the COLLARS Weekly Shonen Champion 50th anniversary collection, and they’re quite distinct from the pieces we’ve seen in other collaborations between shonen magazines and apparel brands in the past.

What makes this collection immediately stand out is the myriad of bucket hats on offer, which are adorned with the Akita Shoten logo and come in three colors: black, ivory, and orange.

Bucket hats are definitely a bold look, but can only be nailed with the right coordination. Luckily, the COLLARS Weekly Shonen Champion 50th anniversary collection does have some more orthodox pieces on offer – but these are still far from your ‘normal’ collaboration pieces.

These include some hoodies, jumpers and t-shirts, but one piece definitely stands out from the rest. That’d be the Weekly Shonen Champion coach jacket, available in green, black and navy.

The placement of the Akita Shoten logo with the phrase “50TH ANNIVERSARY LIMITED” makes for a low-key yet irresistible piece for fans of the magazine or its manga, and it’s button-down vinyl design makes it a little different from your standard hoodies, jumpers and t-shirts.

That’s not to say that these hoodies, jumpers and t-shirts available via the COLLARS Weekly Shonen Champion 50th anniversary collection aren’t attractive, however.

Rather, the design of the long-sleeve jumpers, in particular, is pretty bold with the Akita Shoten logos going down the sleeves and the contrast between the red Champion logo and the yellow color on one design. 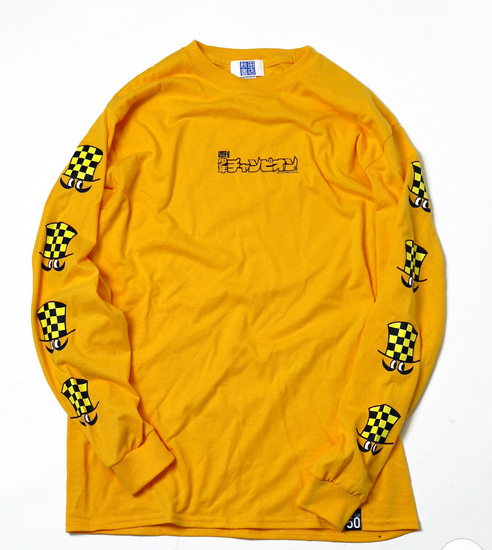 Weekly Shonen Champion apparel might not attract as many customers as, say, Weekly Shonen Jump apparel, but the magazine still maintains its hardcore fans. So if you are a fan, or are simply interested in picking up any of the more unique pieces, don’t hesitate to head over to ZOZOTOWN. They have an international proxy service, too!