A Dive into the Classic Collections of ONITSUKA TIGER 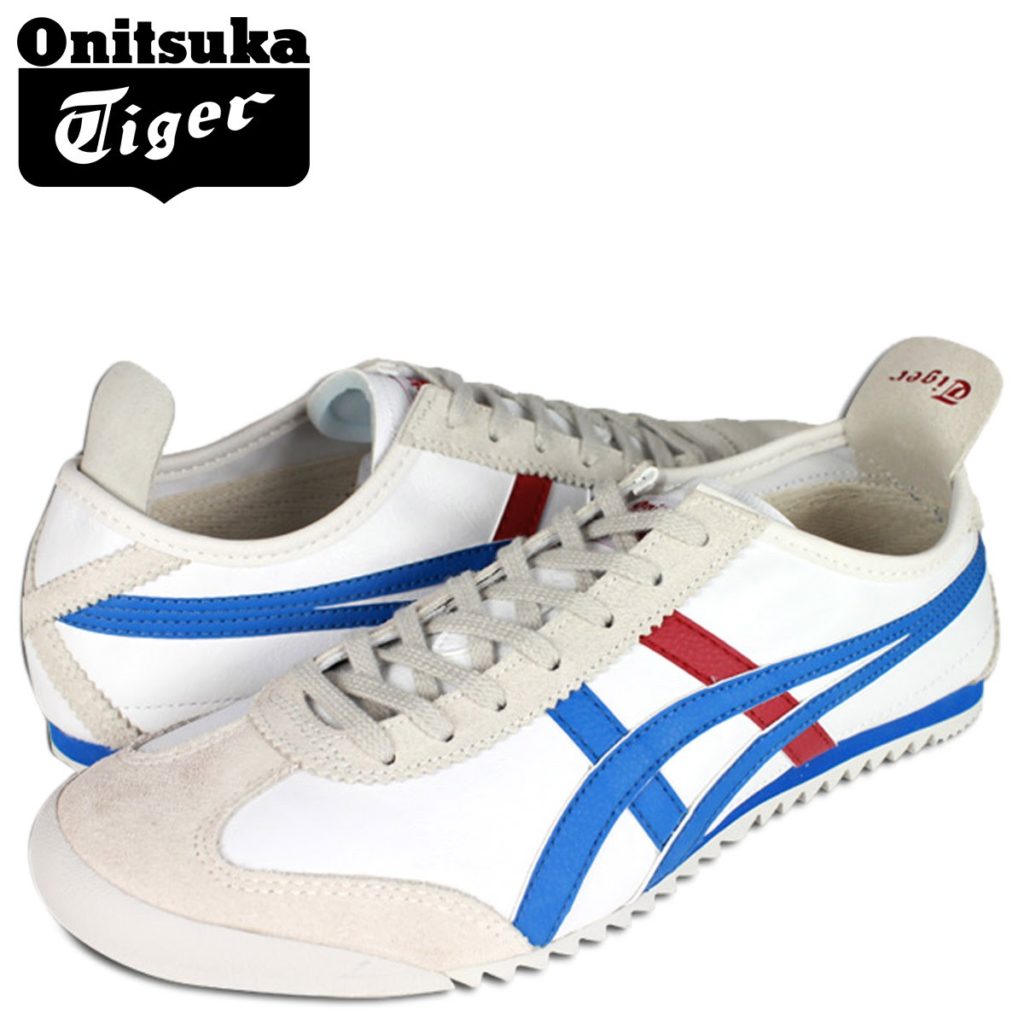 The first ASICS Onitsuka Tiger shoe series was designed and fabricated in a living room in Kobe, Japan almost seven decades ago. And it was exactly the same year during which the world witnessed the birth of Onitsuka Tiger.

The man behind the revolutionary ASICS shoe brand was Kihachiro Onitsuka, who took to his living room to breathe some life into his shoe-making art.

Ever since its trailblazing introduction in 1949, Onitsuka Tiger has carved a niche for itself as the forerunner of the ASICS shoe series.

The renowned shoe label began its journey as a result of Kihachiro Onitsuka’s dedication to promote the health of Japanese youth through sporting activities.

And since then, the famous Onitsuka Tiger stripes have indeed become a synonymous signature with premium sporting activities.

Kihachiro Onitsuka has become a legendary icon who lives through the quintessential lifestyle brand that beautifully underlines the amalgamation of Japanese heritage ethics and contemporary flair.

Onitsuka Tiger comprises shoe designs that range from a portfolio of updated vintage silhouettes as well as modern-day styles in collaboration with the ideas of innovative designers and heritage-oriented fashion gourmet.

Whether it is its shoes, apparel, or other fashion accessories, the Japanese label has come a long way to match up to what we call as the ‘modern looks brushed with classic styling‘!

The Awakening of the Iconic Mexico 66 Collection

Onitsuka Tiger fame Mexico 66 is a classic refurbishment of ASICS shoes that boasts the ‘then’ fashion statement in Japan.

The iconic label collection was born in 1966, and that’s a long way back for a classic shoe label from the ever-loved Onitsuka Tiger.

Still referred as one of the most desirable classic collections of the Japanese fashion label, Kihachiro Onitsuka’s Mexico 66 series also debuted at the 1968 Olympics pre-trials that was held in Mexico.

Fabricated with a classic white leather and tailored with blue and red tiger stripes, this classical ASICS series was considered to be the ‘next milestone‘ in the world of heritage-themed fashion footwear.

Today, after decades of its iconic move in the trendsetting fashion industry, the classic runner has been revived to new looks, yet remaining to be one of the most desirable shoes under the Onitsuka Tiger label.

Since 1949, Onitsuka Tiger has been glorified with a portfolio of stylish and macho sports products tailored with inspiration from Japanese cultural values and artistic lifestyle.

The Japanese heritage-themed label has managed to bring about a rich fusion of the East and West through its thematic approach to modern footwear in the “Made in Japan” style!

The Modern Yet Classic Ultimate 81 Series

One of the most enticing things I like about Onitsuka Tiger collection is its ‘Unisex’ touch brought about in most of its series.

The Ultimate 81 is another befitting example of what I’m talking about! The Onitsuka Tiger Ultimate 81 is not just a pair of shoes, but something that’s beyond comfort, style, and heritage-inspired lavishness.

Crafted to perfection with its two-tone eva midsole and a perfect inclusion of TPU heel that’s completely flexible, the Ultimate 81 from the Japanese fame label offers everything superior and top-notch to its user.

From the looks of it, well, I am sure that this pair resonates what the choice of technical runner shoes would have been like back in the ‘80s.

Onitsuka Tiger’s Ultimate 81 earns its long-dwelt reputation from the pre-classical style of Japan fused with a streamlined racer look and breathable performance.

Needless to say, this spectacular series from the renowned Japanese vintage label has elevated the style statement of many aspiring fashion enthusiasts across the world.

Though the Ultimate 81 series has been discontinued, there are other interesting collections from Onitsuka Tiger that always keep our fashion spree on the edge.

Spice Up the Sporty Look with Onitsuka Tiger’s Serrano

Adding some spice element to the young generation is never an easy task, especially when there is a broad variety of choice and collections.

But with Onitsuka Tiger, it is always the other way round! The Japanese label’s ASICS Serrano shoe is a noteworthy revolution that flaunts classiness with its heritage-themed pairs.

A plethora of style statements in just a pair of shoes is something likely to be evident when slipping into Onitsuka Tiger’s Serrano collection.

The ASICS Onitsuka Tiger series is a brilliant reimagination of Kihachiro Onitsuka’s steering-performance track spikes back in the 1970s.

The unisex collection is a heritage-themed series from the classic Japanese label and is all good news to those who love to bring about a sporty look in their lifestyle.

Whether it is the sleek silhouette or the spiked rubber outsole, every bit of this reimagined version fosters the long-lived classiness of Onitsuka Tiger’s sport shoe series.

And speaking about its vintage aesthetics, well, Kihachiro Onitsuka’s original version has been marvellously addressed in the collection’s sassy design and the Japanese label’s classic motifs.

Kihachiro Onitsuka’s heritage-themed runner silhouette is inspired by the performance-enduring track spikes that were the first love of many Japanese sports maniacs in the ’70s.

Whether it is the finish of classy suede-tailored uppers or comfy textile motifs, the Serrano collection is one of my personal favourites owing to its traditional looks and comfortable fit (not to forget the amazing durability!).

Check out the prices here!

Classy and Modern Makeover with the Corsair Ex Series

Onitsuka Tiger’s Corsair is the new heartthrob of 2020. Labelled as the “TIGER CORSAIR EX” series, this modern version from the Japanese label brings out the nostalgia of footwear relevant to its design back in the 1970s.

Soon after its relaunch, the Onitsuka Tiger’s Corsair series became one of the most popular shoes and there was no looking back ever since then.

I have to agree to the fact without any room for doubt that Onitsuka’s Corsair is a robust shift across the sneaker collections encountered usually.

With the CORSAIR EX series, the classical Onitsuka Tiger has revived the beauty and elegance of classical style with a modern makeover.

As an ardent lover of the ever-classy Onitsuka Tiger label, I took no time in ordering a pair of the latest Corsair Ex series.

Mine is a polar shaded dolphin blue from Onitsuka Tiger and it is a perfect pair that is completely true to size.

Many fashion freaks love to add a collection from the classic Onitsuka Tiger label and my piece of advice would be to make it as quickly as possible because these shoes run out of stock in no time!

If you’re someone who loves Kung Fu and martial arts just as much as I do, then you might take a bit of resonance from imagining the classic martial arts legend Bruce Lee in a pair of Onitsuka Tiger shoes!

Though the martial arts superstar is believed to have stepped out in a pair of yellow-black shoes from Onitsuka Tiger in his ‘Game of Death’, there are many instances where the shoes worn by the star seemingly prove to be a replica of another brand.

And it’s quite unclear whether the pair worn by the Japanese Kung Fu king is from the house of Onitsuka Tiger or not.

The West Coast-based fashion retailer and Onitsuka Tiger’s unity was en route to the “Legend” classic series that was inspired by Bruce Lee’s tracksuit worn by the star in his last film, “Game of Death”.

The Kung Fu master’s 75th-anniversary logo was also sequenced on the shoe’s insoles while his iconic kick-man logo was emblazoned on its heel.

The black and yellow waxed rope laces’ tips featured in this collection also flaunt Bruce Lee’s iconic signature and I feel that this is indeed a heartfelt tribute to a legendary star.

Though Onitsuka Tiger shoe series is believed to be the original ASICS collections designed by Kihachiro Onitsuka, there is a thread of a difference between the two dominant fashion marvels.

Onitsuka Tiger was a label that was born out of Kihachiro’s passion for Japanese heritage and sports. He believed that people can transform their lives through intense sporting and the ultimate result of his heartfelt endeavour was the revolutionary birth of ONITSUKA TIGER.

After the devastating WWII, Japan was engulfed in a lost state and Kihachiro wanted to unite his people and build their belief towards life through sports.

Over the years, Onitsuka Tiger has managed to take over the role as a brand with a much broader perspective towards retrograde fashion. And this is evident in its clothing line that amazingly complements its line of retro-themed sporty shoes.

But speaking of ASICS, well, the signature label maintains its longfelt passion for sporting activities like trail running and marathon. And after all this, it’s quite clear that Onitsuka Tiger was a passionate fashion innovation tailored by Kihachiro in 1949.

But the union of 3 companies in 1977 (namely (Onitsuka, JELENK, GTO) led to the ultimate foundation of the now ASICS Corporation.