Combatants Will Be Dispatched! Episode 1 Review 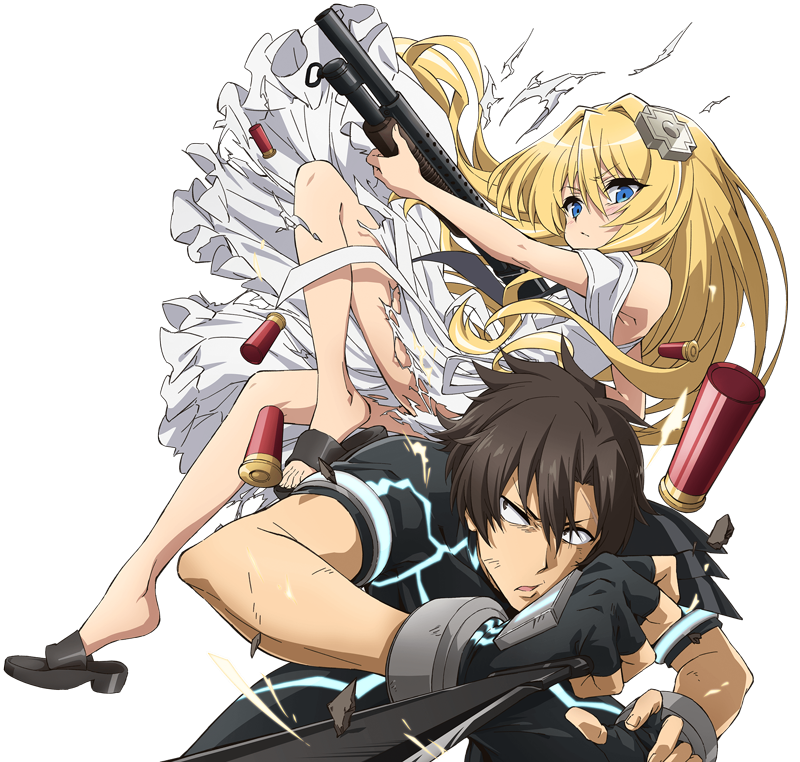 Combatants Will Be Dispatched! comes from the crazy mind of Natsume Akatsuki, who’s riding some hot anime streak right now, receiving adaptations of Konosuba and Kemono Michi previously. Like those series, this anime relies on crude humor, fast-paced jokes, and the occasional smug, funny faces in between. And while he has done some isekai work in the past, this new series takes a similar approach, but feels a little different from the rest.

The first episode introduces us to lead protagonist Combat Agent Six who is sent to another world to conquer it on behalf of the evil organization Kisaragi. He’s tasked by coworkers Astaroth, Belial, and Lilith with setting up a base of teleportation to start the takeover. Wanting to gain glory and all the women to himself, he agrees to the mission… at least until the last second. He’s joined by an android named Alice Kisaragi, who acts as his guide in the new world and provides him with some limited assistance. Aside from that, she has a self destruct function if she’s put in any danger. 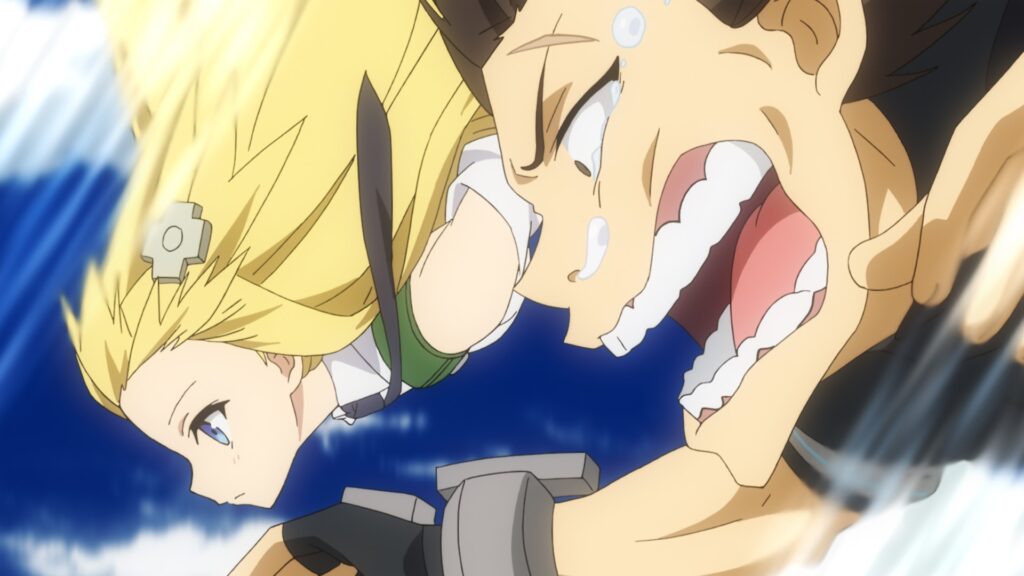 If you’ve watched Konosuba, you’ll realize the similar themes and gags from that show in Combatants Will Be Dispatched!. Akatsuki’s writing strongly lends itself to featuring two-faced characters who let on more than they do on the surface. The royal knight Snow is a good example of this, as she uses Combat Agent Six and Alice’s arrival to try to gain favor, money, and status with the princess. There’s also an obvious dick joke added in as well, so this premiere knows how to keep it classy.

The lead protagonist is so full of himself, to the point that he believes his role is more important than it actually is. Not to say he’s Kazuma lite, but he’s also a perverted idiot with an underhanded streak going for him. He’ll use whatever advantage is at his disposal, but is cautious when the situation arises for it. Akatsuki likes writing unlikeable characters, and your perception of Combat Agent Six will make or break your patience for this anime. 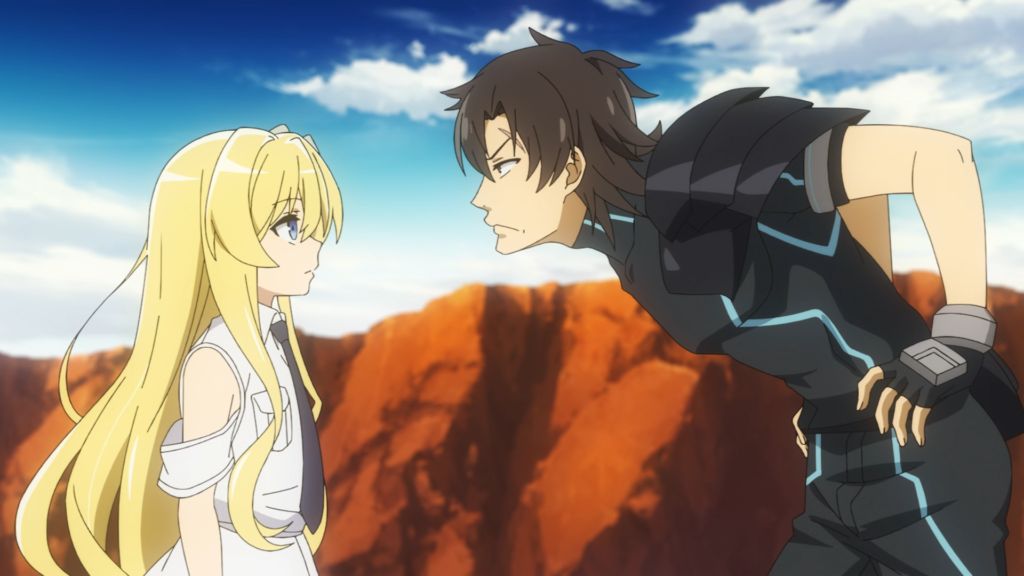 I can tell that Combatants Will Be Dispatched! Is going to be a funny series, but some of the familiar quips from Konosuba make this premiere a little dull and disappointing. If you’re watching the first episode, much of it is predictable and you can tell how the characters are going to act and where the plot goes. I hate to rag too much on the series and criticize Akatsuki for relying on the same concepts, but I’m hoping future episodes can change my mind.

The episode features only the three core characters so far (Combat Agent Six, Alice, and Snow) and has given us a general overview of how the new world works. We’re bound to meet some new characters in the next few episodes, so I’m hoping to see more wackjobs in this cast.

I like Combatants Will Be Dispatched! so far, but I don’t love it. It’s only the first episode, so things can change, but I better start seeing some fresh comedy soon. Otherwise, this may be a series you could drop if you hate loud, crude humor.

Combatants Will Be Dispatched! is current streaming on Funimation.