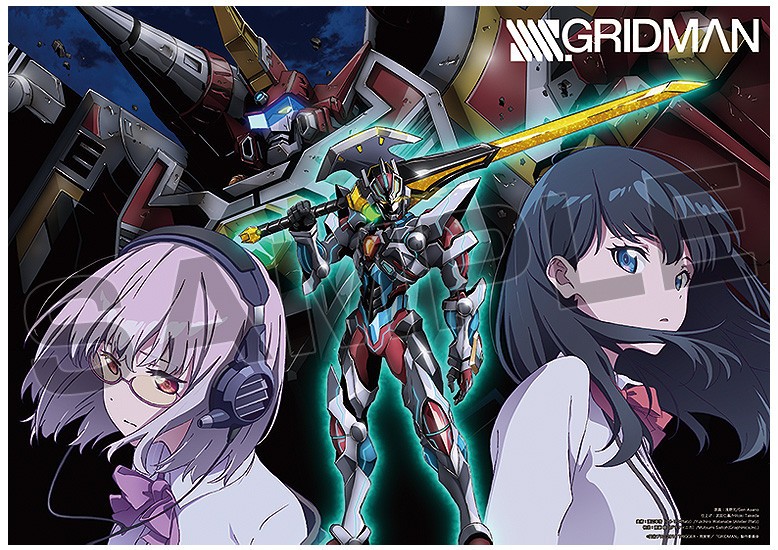 Good Smile Company has announced that it will be pre-selling some exclusive SSSS.GRIDMAN goods at its Comiket 95 booth. These items include a clear file, a tapestry, a creator’s (art) book, and last but not least a dakimakura cover of Gridman himself. Given the competitive nature of securing official merch at Comiket, are any of these items worth chasing after?

Both the tapestry and the clear file use the same illustration (featured above). Compared to other preexisting official art for Gridman, this one honestly feels a bit uninspired and less aesthetically pleasing. The composition is a bit lacking and it doesn’t seem to have a consistent theme to it. The green glow around Gridman on the foreground is especially distracting. That being said, it does feature all the core characters, as well as both of the iconic versions of Gridman (regular and max combined), so it does make it a safe pick up for fans of the show depending on their budget. For one, the clear-file is only a low 400 JPY (approx 3.6 USD), which makes it easy to pick up if you happen to be at the both but not quite worth seeking out on its own. The tapestry comes in a B2 size (515 mm × 728 mm), but for the price of 4,000 JPY (approx. 36 USD), it might not be worth it unless you’re an especially big fan of the show as well as the illustration itself.

The Creator’s Book (for which the name and cover art are currently being finalized) is definitely the product fans should be focusing in on. Based on the information that is currently available, it is also the one item in the whole line-up that will be directly purchasable from the booth rather than being a pre-purchase. This art book, like TRIGGER’s previous creator’s books for Little Witch Academia, will feature a number of illustrations made by the members of the production. For a respectable price of 1,500JPY (approx. 14USD), the only reason you shouldn’t line up for this one is if it’s already been sold out. If the quality of the Little Witch Academia creator’s books is anything to go by, this is an absolute must for any fan of Gridman. Given the resale history of TRIGGER artbooks, it’s very reasonable to expect the price to inflate to around 10,000JPY (approx. 90USD) afterward, so you definitely want to visit the both before they’re sold out. 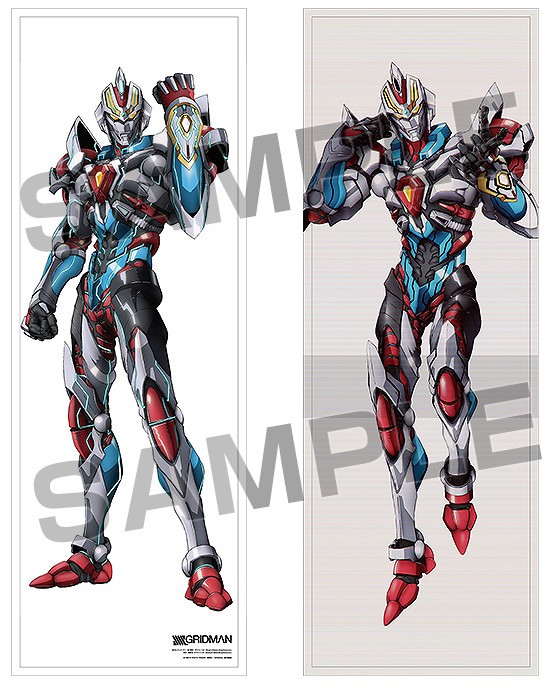 The real kicker in all this is definitely the dakimakura cover. Considering both Rikka and Akane had their covers announced back in November, this new addition comes as quite the surprise. I’m honestly fond of how they’ve tackled the subject matter. On the one side, Gridman in somewhat of a generic pose, but on the other, Gridman is seductively inviting you to join him in your bed (or wherever else you choose to display him). They even went the extra mile to make sure Gridman wasn’t lying on a sheet since we all know he’s way too big for that. Instead, they decided to add a grainy CRT-display-like effect to remind you how Gridman is always found inside of a beaten-up computer. The design definitely doesn’t come across as being all that serious, so the self-aware factor definitely puts the item on the map for more hardcore fans of the series – or at least, the ones who are ready to shell out 12,000JPY (approx. 108USD) for this bad boy.

My personal recommendation would be to make your way to the booth early to secure the creator’s book. The tapestry might be worth it ordering, but only if you like the illustration enough to warrant the purchase. I would only recommend the clear-file if you intend on pre-purchasing something bigger as well since it’s probably not worth the hassle otherwise. As for the dakimakura cover, I think you should already know whether you want it by now. The full details for all of these products can be found on Good Smile Company’s event page.

other William Moo 12 months ago